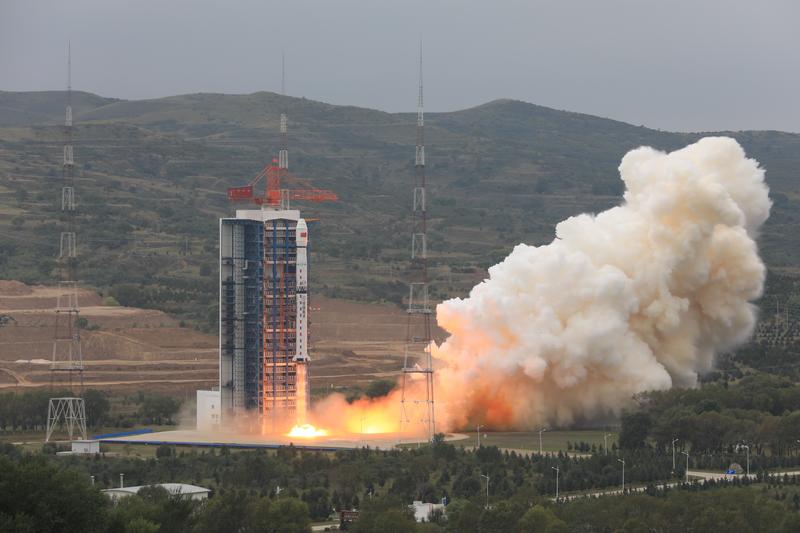 They were launched on a Long March-4B carrier rocket at 11:26 am Thursday Beijing Time.

The resource satellite, ZY-1 02D, is developed by the China Academy of Space Technology (CAST) and is an important part of China's space-based infrastructure

The resource satellite, ZY-1 02D, is developed by the China Academy of Space Technology (CAST) and is an important part of China's space-based infrastructure.

With an expected lifespan of five years, ZY-1 02D will form a network with more satellites to follow.

It will work in the solar synchronous orbit at 778 km above the earth. It carries a near-infrared camera with a coverage width of 115 km, enabling it to observe large and medium-sized cities, and be used for urban planning, said the satellite's project manager Li Yifan.

It also carries a 166-band hyperspectral camera that can produce 166 pictures with different color bands simultaneously. The camera can capture the reflected light information of various minerals, and be used to analyze complicated mineral compositions and distribution, said Li.

The satellite can also be used to observe chlorophyll concentration, water transparency and total suspended matter concentration in lakes to help monitor the environment and prevent water pollution.

One of the two small satellites launched on the same rocket belongs to Beijing Normal University, and is named BNU-1, and the other belongs to a Shanghai-based private space technology company. Both have an expected lifespan of one year.

BNU-1, developed by a Shenzhen-based company affiliated to CAST, weighs about 16 kg, and will be mainly used to monitor polar climate and environment, greatly helping research of the polar regions and global climate change.

The satellite can report sea ice changes, which could help with ship navigation and make channel risk assessments.

Thursday's launch is the 310th mission of the Long March carrier rocket series.