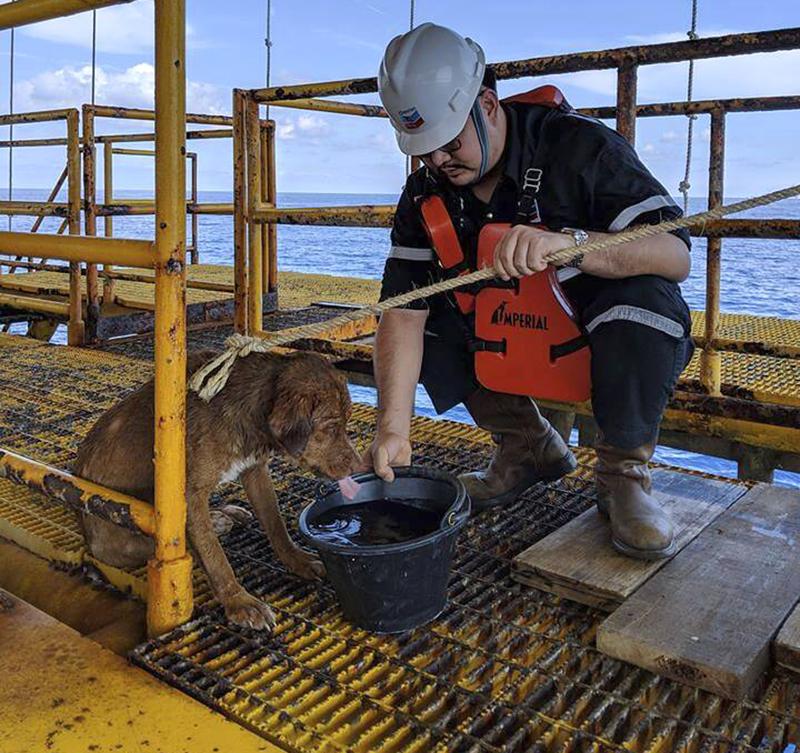 In this April 12, 2019, photo, a dog is taken care by an oil rig crew after being rescued in the Gulf of Thailand. (VITISAK PAYALAW / AP)

BANGKOK — A dog found swimming more than 220 kilometers from shore by workers on an oil rig crew in the Gulf of Thailand has been returned safely to land.

The dog made it to the platform, clinging to the support structure below deck without barking or whimpering

A worker on the rig belonging to Chevron Thailand Exploration and Production, Vitisak Payalaw, said on his Facebook page that they saw the dog swimming toward the platform last Friday. He said they were lucky to spot it because if there had been waves it probably would not have been visible.

The dog made it to the platform, clinging to the support structure below deck without barking or whimpering, Vitisak wrote. 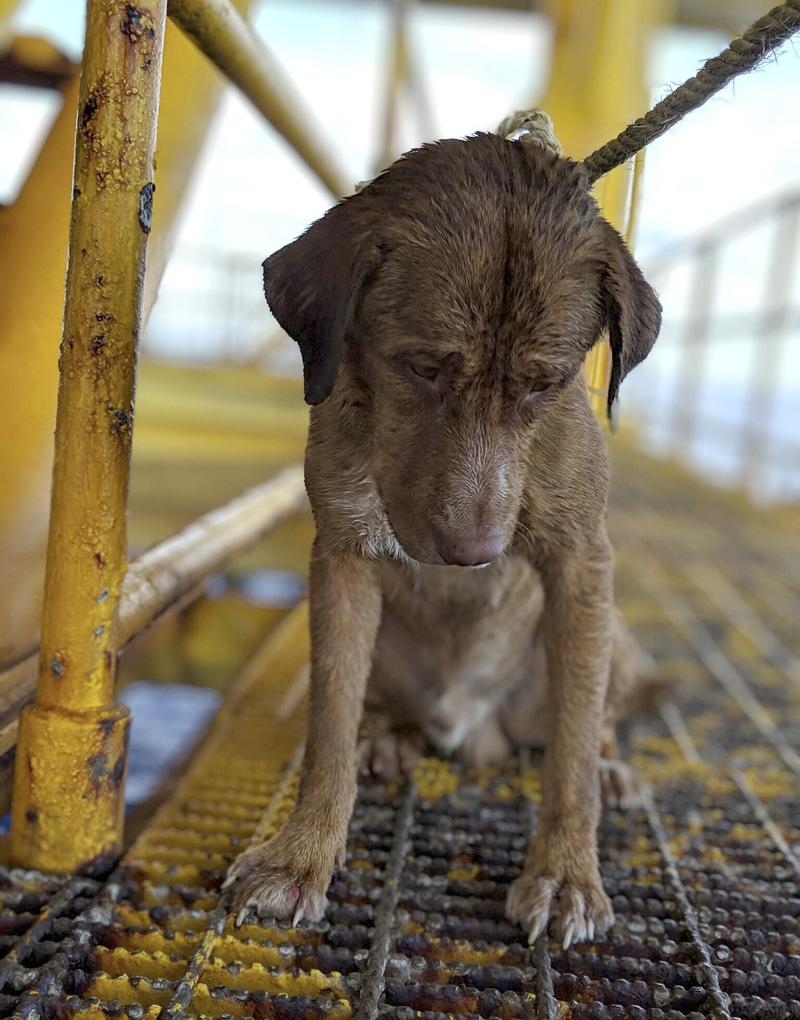 The crew managed to lower a rope and secure it around the dog's neck and haul it up. Vitisak said they speculated the dog might have fallen off a fishing trawler, and dubbed it Boon Rod, or Survivor.

The dog was delivered by boat to the southern port of Songkhla on Monday and was declared in good shape after being taken to the animal protection group Watchdog Thailand.

Vitisak said if the dog was unclaimed, he would like to take it to his home in northeast Thailand.