More than 100 local acts played to packed houses in the space of 11 days recently, proving the closure of several live music venues in HK has not diminished the city’s appetite for music. Rob Garratt reports. 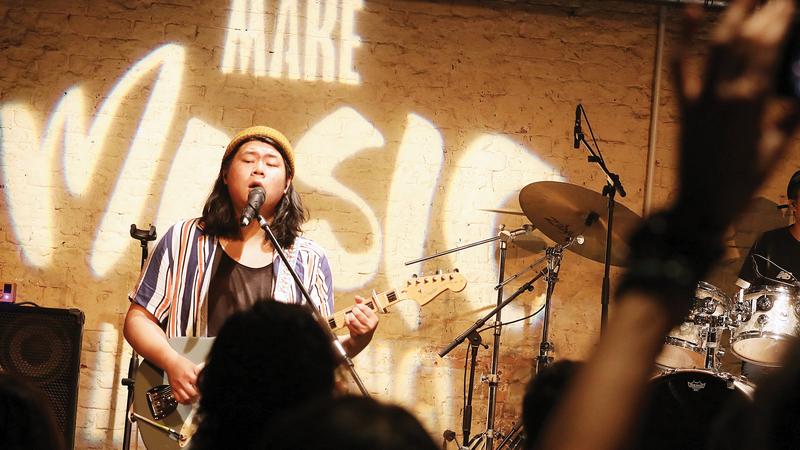 It’s after 2 am on a Monday morning, and Hong Kong rock band FRC are winding up their seventh consecutive Neil Young cover, muddy minor guitar chords echoing out into the night. Outside a thunderstorm is raging, but inside the homely glow of The Wanch scattered faithful music lovers are instead soaked with sweat, generously applauding the 13th act onstage at the Wan Chai venue in a single day.

Welcome to the penultimate night of H2 festival, a seven-day annual showdown of sound which ended on July 1 and saw a delightfully eclectic pick-and-mix of 80 homegrown bands scurrying on and off The Wanch’s poky, un-raised stage after playing sets of a half-hour or less.

Just a week earlier, another 28 Hong Kong artistes performed at the second edition of Make Music Hong Kong!, a three-day event spread across three stages at The Fringe Club in Central, zigzagging stylistically from instrumental jazz to abrasive post-punk. Both events were free to attend and, taken together, offered local audiences the unprecedented chance to catch concerts by more than 100 local acts in the space of 11 days.

On the face of it, Hong Kong’s music scene has never been in better health, but with almost ironic timing this musical smorgasbord came just as musicians and music lovers were mourning the loss of three live music venues key to nurturing tomorrow’s talents. 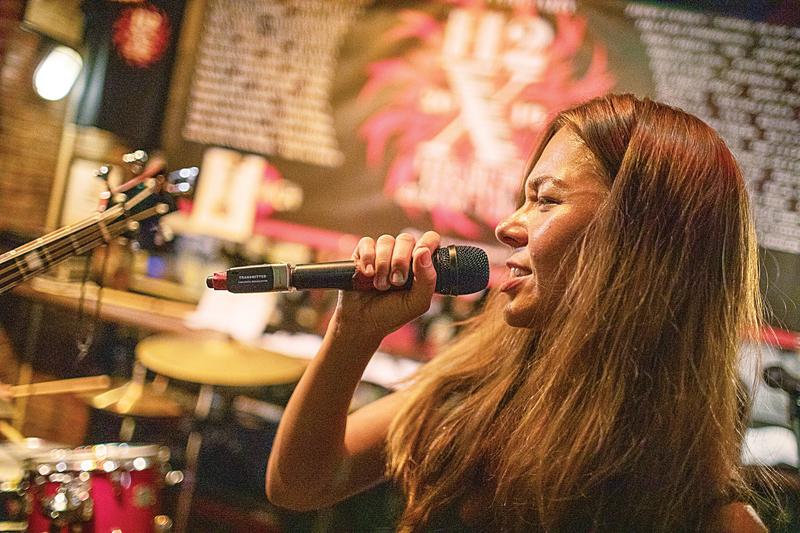 The Prowlers enjoy their time under the spotlight at The Wanch during the H2 festival which wrapped up on Monday. (HONGKONG-ROCKS.COM / FOR CHINA DAILY) 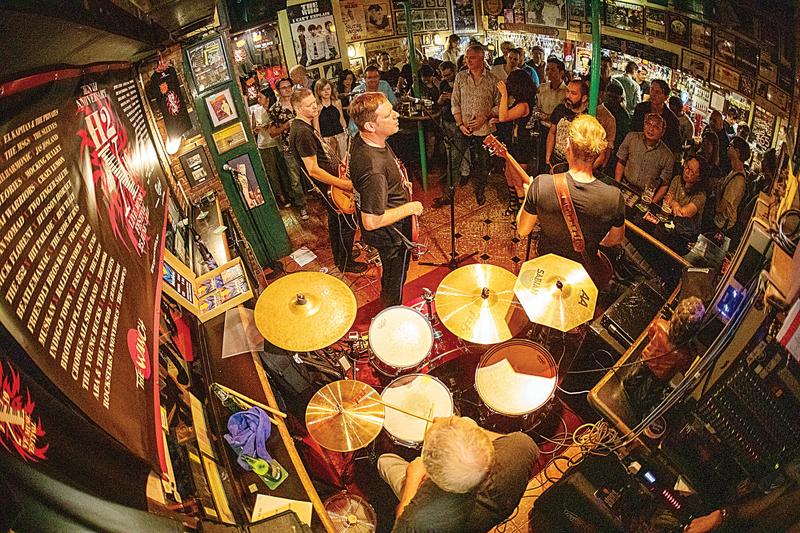 The Sleeves performing at H2 at The Wanch. (PHOTO PROVIDED TO CHINA DAILY)

On May 31, Central’s long-running musicians’ hangout Gecko hosted its final jazz jam, calling last orders on a relaxed venue that has nurtured countless homegrown musicians since relaunching on Ezra’s Lane in 2015. Two weeks later, down the hill on Wellington Street, hundreds of hipsters crammed into the closing party of Sense 99, a famous artists’ hangout which has hosted informal jams into the wee hours for the past 15 years. A new space was set to open on Peel Street at the time of press.

And, despite a long, loud public campaign to keep it open, beloved performance space and restaurant Grappa’s Cellar will close on July 19, calling time on a 20-year tenure at Jardine House where the venue has hosted numerous mid-sized music and comedy events, besides serving as an unofficial hub for the local swing dance community.

In every case, rising rents and bottom-line landlords have been blamed as the primary cause of closure.

“Any city with a healthy indie scene needs infrastructure,” says Kung Chi-shing, a “music activist” who has hosted a weekly jazz jam at Sense 99 for the past two years. “The biggest problem in Hong Kong is that rents are so inflated.”

“This is not just a Hong Kong thing,” adds Chris B, founder of long-running original music platform The Underground. “This is happening in big cities in England, in Australia — it’s a worldwide problem.” 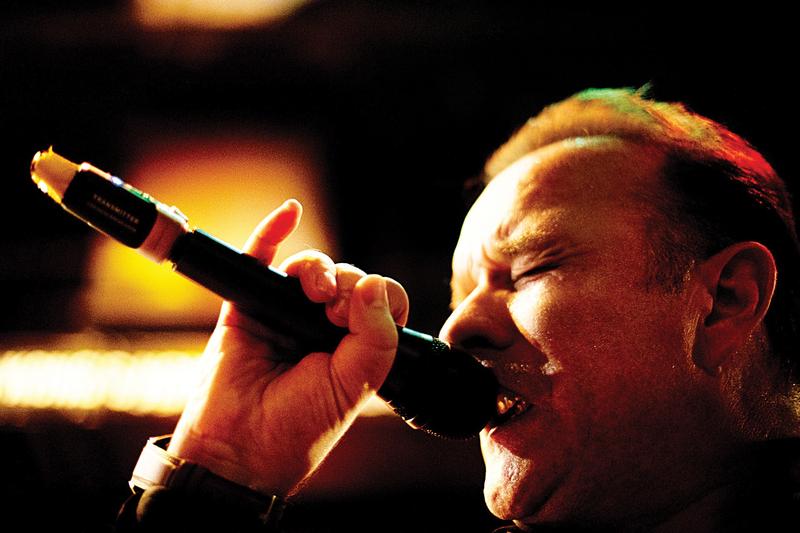 The 852 was among the 80 Hong Kong bands who performed at the H2 festival at The Wanch. (HONGKONG-ROCKS.COM / FOR CHINA DAILY) 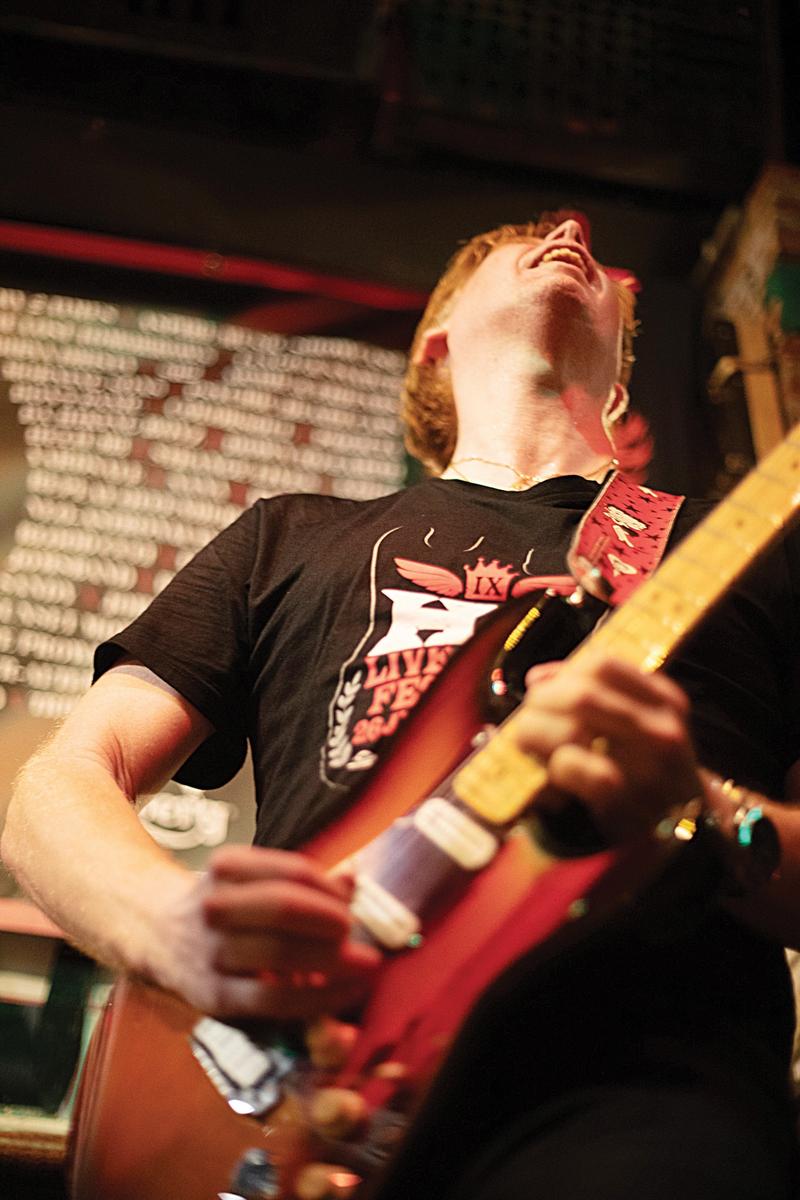 Don’t Panic was among the 80 Hong Kong bands who performed at the H2 festival at The Wanch. (HONGKONG-ROCKS.COM / FOR CHINA DAILY)

Urban Nomad was among the 80 Hong Kong bands who performed at the H2 festival at The Wanch. (HONGKONG-ROCKS.COM / FOR CHINA DAILY)

The H2 festival opened in 2010 in a bold bid to prevent the same sad fate befalling The Wanch. Established in 1987 but emerging from a fallow period of mismanagement, new owners announced their fresh approach with the Handover Hallelujah — a one-day party hosting 17 bands on July 1. It became a two-day affair, then four, and by the fifth edition in 2014 a full weeklong festival was staged — and a local tradition was born.

A slot at the festival is now established as a rite of passage, with more than 130 bands applying to appear at this year’s 10th anniversary event — happy to play for nothing more than a free T-shirt.

“I’d like to think we’re not just reacting to the number of new bands — The Wanch plays its role in fostering new bands,” says festival director and co-owner Keith Goodman, 52, whose own Brit rock band The Sleeves has performed at eight editions of the festival. “New bands form all over the world all the time, but unless there are places for them to play, they fall apart.”

“The Wanch is a dream place,” says Kung who has programed dozens of indie bands over the past four years at the free outdoor festival Freespace Happening, as West Kowloon Cultural District’s artistic associate (music). “They’ve supported so many different bands over the years.”

Presented by Alliance Française de Hong Kong (AFHK) and Consulate General of France in Hong Kong and Macao, Make Music Hong Kong! meanwhile carried all the high production values and brave programming of a grant-funded arts event without concern for the bottom line: the divisive, abrasive attack of post-punk quartet David Boring appeared next to a safe, satisfying set by jazz guitarist Eugene Pao, while the intricate math-rock dynamics of Prune Deer trailed the toasts of Cantonese reggae forefather MouseFX.

But where is the audience during the rest of the year?

Jean-Sebastien Attie of AFHK has promised a third edition of Make Music Hong Kong! in 2020. (PHOTO PROVIDED TO CHINA DAILY)

“Potentially awesome, but in its infancy, relative to other massive cities,” is how Kyle Hanes describes the Hong Kong music scene. Nevertheless, after 15 years in town the British expat quit his teaching job last summer to co-found The Aftermath Bar, an underground live music venue on Central’s Wyndham Street which has showcased some 100 original bands since opening in October but is inevitably fighting an uphill battle to expand its audience.

“I’m sure Hong Kong has many more music lovers than regularly appear at music venues,” adds Hanes, 38, whose own band Other Theories made its fifth H2 appearance on July 1. “So, it’s a case of reaching them, and them trusting the quality of what they’re going to hear.”

“Bands have to be better now,” adds Chris B, a Hong Kong native whose The Underground platform has hosted more than 260 showcase gigs in dozens of venues since 2004 but still found time to reform her outfit, Thinking Out Loud, to perform at this year’s H2.

“Fifteen years ago we didn’t have YouTube and Facebook — now bands have to be super good for you to get off your comfy sofa, turn off Netflix and come somewhere hot where you have to pay money for a drink. Is the band good enough? That’s the challenge worldwide, not just here.”