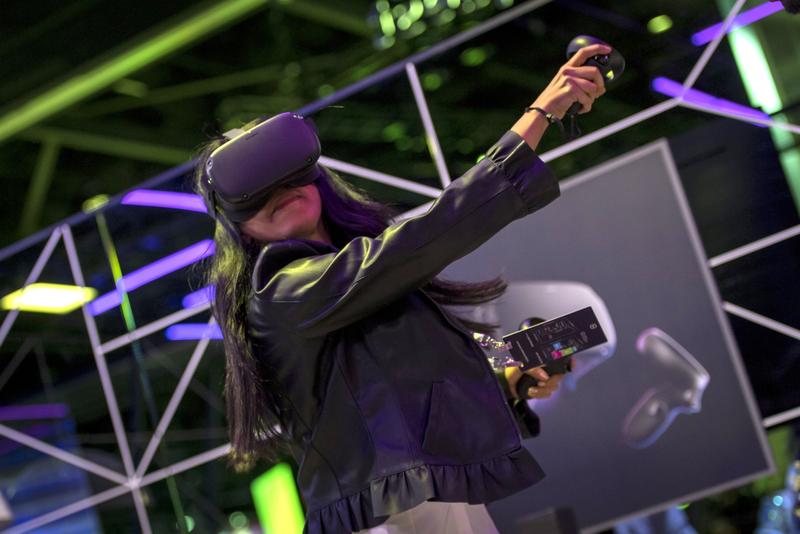 Facebook Inc is trying to broaden its virtual horizons.

Facebook Horizon also sounds like the future described in the popular book-turned-movie Ready Player One. In the book, people spend most of their time living in virtual reality, and spend large sums of real-world money improving their avatars with things like weapons and clothes

The company’s virtual reality unit Oculus on Wednesday announced Facebook Horizon, described as “an ever-expanding VR world” where people can interact with others as digital avatars. Users will be able to add features and elements to the world, which Facebook said will be “constantly growing with extraordinary creations made by Horizon citizens.”

The product comes across like a mixture of a number of past and current offerings for building virtual worlds -- including Microsoft Corp’s Minecraft or Second Life, the program invented by Linden Labs in 2003 that gained more traction in pop culture than it did with actual users. It also sounds like the future described in the popular book-turned-movie Ready Player One. In the book, people spend most of their time living in virtual reality, and spend large sums of real-world money improving their avatars with things like weapons and clothes.

The company didn’t explain exactly how Horizon will work. Facebook did say the product will launch as a closed beta test in 2020, and it shared some additional details in a blog post Wednesday afternoon. Users will be able to interact with one another in a virtual town square, and then jump to different sections of the world using “magic-like portals — called telepods.”

Facebook has long pitched virtual reality as a technology that aligns with its mission to connect everyone in the world. But VR has never gone mainstream in the way Facebook once hoped, and the most popular VR experiences have been more reclusive. Gaming, for example, is still the most common use case for VR, and putting on a headset may help connect you with others online, but it doesn’t work well when you are in the physical presence of other people.

Horizon is Facebook’s latest effort to change that, and a chance to bring a more social element to virtual reality.

“That’s kind of our bread and butter as a company,” Zuckerberg said. “We build a lot of the best social experiences for phones and computers, and we want to do this for virtual reality as well.”

The company has tried a similar approach in the past. Oculus already offers a feature called Oculus Rooms, which lets people spend time together in a digital space using VR. Horizon is aiming to be bigger — a place where you can jump between different games and areas with more people than Rooms enabled.

Facebook announced a handful of other updates at the conference, including a plan to roll out hand tracking for its latest VR headset, Oculus Quest. Hand tracking means people will be able to use their hand movements to interact with a game or app on the device without the need for physical controllers. That announcement came less than 48 hours after Facebook said it agreed to acquire CTRL-Labs, a brain-computing startup that’s trying to build similar technology that will let people interact with a digital screen using only their thoughts.