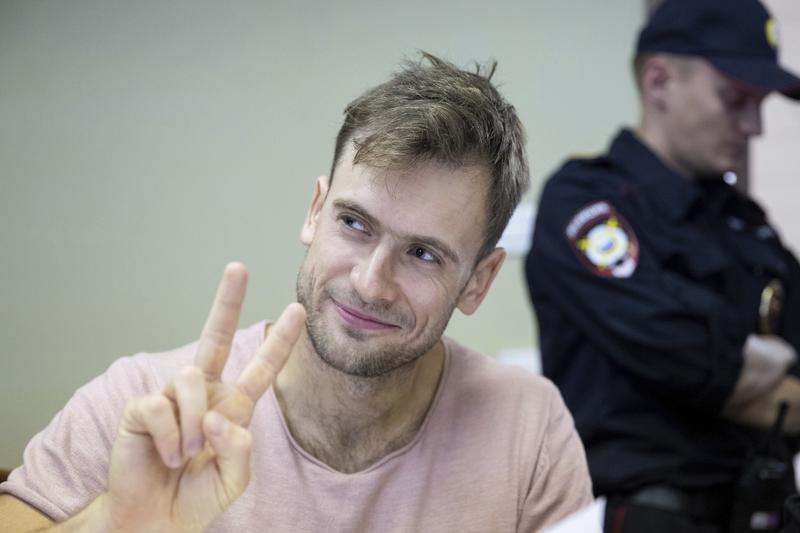 In this  July 23, 2018, photo, Pyotr Verzilov, a member of the feminist protest group Pussy Riot, gestures during hearings in a court in Moscow, Russia. (PAVEL GOLOVKIN / AP)

MOSCOW — Prominent anti-Kremlin activist Pyotr Verzilov is seriously ill and in hospital, members of the Pussy Riot protest band with whom he collaborated said late on Wednesday, suggesting he may have been poisoned.

Pyotr Verzilov and three others ran onto the pitch in front of Vladimir Putin during the final of the World Cup, a stunt they said was meant to promote free speech

Verzilov, 30, staged a brief pitch invasion during the soccer World Cup final in Moscow in July along with three women affiliated to the anti-Kremlin punk band and is the publisher of Mediazona, a Russian online news outlet which focuses on human rights violations inside Russia's penal system.

"Our friend, brother, comrade Petr Verzilov is in reanimation. His life is in danger. We think that he was poisoned," Pussy Riot said on its official Twitter feed. 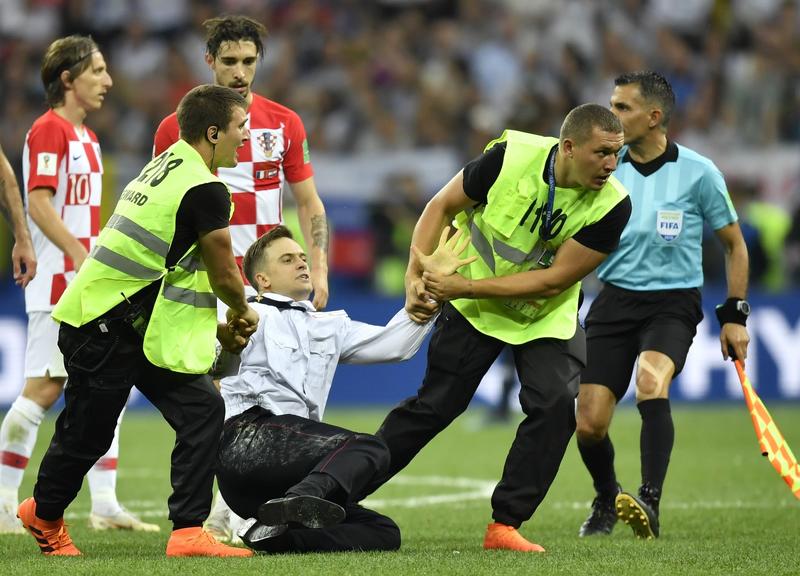 In this July 15, 2018, photo, stewards pull Pyotr Verzilov, a member of the feminist protest group Pussy Riot off the pitch after he stormed onto the field and interrupted the final match between France and Croatia at the 2018 soccer World Cup in the Luzhniki Stadium in Moscow, Russia. (MARTIN MEISSNER / AP)

Sergei Smirnov, editor-in-chief of Mediazona, struck a more cautious note however, confirming on social media that Verzilov was in hospital but saying nobody knew his diagnosis, making it difficult to understand what was going on.

Online news portal Meduza cited Veronika Nikulshina, who it said was Verzilov's girlfriend, describing how he had been rushed to hospital on Tuesday night after he started to lose his eyesight and ability to talk and walk.

Verzilov and the others served a 15-day sentence for running onto the pitch in front of President Vladimir Putin and other high-ranking officials wearing police uniforms during the final of the World Cup on July 15, a stunt they said was meant to promote free speech. 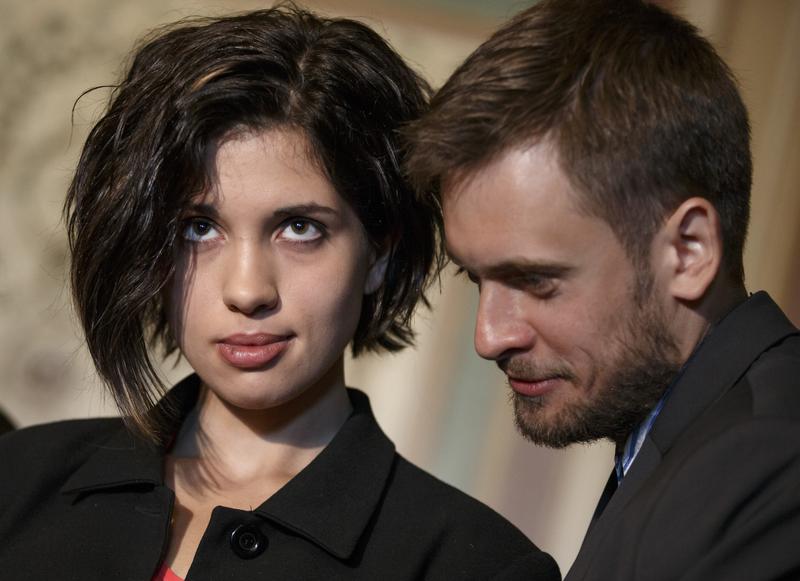 In this May 6, 2014, photo, Russian political activist Nadya Tolokonnikova of the Russian punk band Pussy Riot, stands with her husband Pyotr Verzilov as they join Sen Ben Cardin, D-Md, the chairman of the Helsinki Commission in seeking action to stop violations of human rights by pro-Russian militants in the Ukraine region, at the Capitol in Washington. (J SCOTT APPLEWHITE / AP)

Pussy Riot came to prominence in 2012 when its members were jailed for staging a protest against Putin in a Russian Orthodox cathedral in Moscow. The group has since become a symbol of anti-Kremlin protest action.