Police officers take up position outside the Office of the Chief Executive in Hong Kong on June 12, 2019. (ROY LIU / CHINA DAILY)

According to a press release issued at 11 am by the HKSAR government, under Rules of Procedure 14(3), the LegCo President directed that Wednesday's LegCo meeting scheduled to begin at 11 am be changed to a later time to be determined by him. "Members will be notified of the time of the meeting later," the press release reads.

Hundreds of protesters opposing the amendments blocked access to government headquarters Wednesday morning as well as LegCo. They rallied in and around Lung Wo Road, an important east-west artery as hundreds of riot police warned them to stop advancing.

Some protesters erected barricades to block traffic in the heart of the Asian financial centre, with many defying police calls to retreat.

Hong Kong's Chief Secretary for Administration Matthew Cheung Kin-chung called on protesters to stop occupying major roads in the city’s central business district and urged them not to indulge in unlawful behavior.

Cheung's video appeal was released around noon as thousands of masked protesters refused to budge from major roads ringing the government headquarters and the LegCo Complex in Admiralty, Hong Kong island.

Cheung stressed that the proposed amendments to the Fugitive Offenders Ordinance and Mutual Legal Assistance in Criminal Matters Ordinance only dealt with suspects who had committed serious crimes outside the SAR in accordance with built-in procedures that encapsulated the SAR’s rule of law.

In his video speech, Cheung iterated that the SAR government would strictly safeguard the rights of Hong Kong residents, and the city’s rule of law.

On Tuesday, police announced it had received notifications from five groups for holding public meetings near the LegCo and the Central Government Offices (CGO) on Wednesday.

The access roads leading to the CGO in Tamar were blocked by Wednesday morning and all CGO entrances have been closed until further notice.

Masked protesters, wearing goggles and brandishing umbrellas, set up metal barricades in defiance of police presence. Some protesters were seen prying bricks from the sidewalk.

Fully equipped riot police officers have been deployed around the LegCo building and the government headquarters. Pepper spray was used on protesters towards noon at some sites as they kept charging police cordons.

Commissioner of Police Stephen Lo Wai-chung condemned the “irresponsible behavior” of the protesters. He said police have used necessary force, including batons, pepper spray, tear gas and rubber bullets on protesters as their actions turned violent. He urged members of the public to keep away from the area in Admiralty where protesters have gathered and called on the demonstrators to disperse.

One of the city’s most influential police organization issued a statement to boost frontline officers’ morale, calling on them to safeguard the city’s safety and stability.

The statement, issued by the Junior Police Officers’ Association of the Hong Kong Police Force (JPOA) on Wednesday, said Hong Kong police will not allow lawbreakers to trample on the rule of law in the city, or tolerate violations that threaten the SAR government and the country. 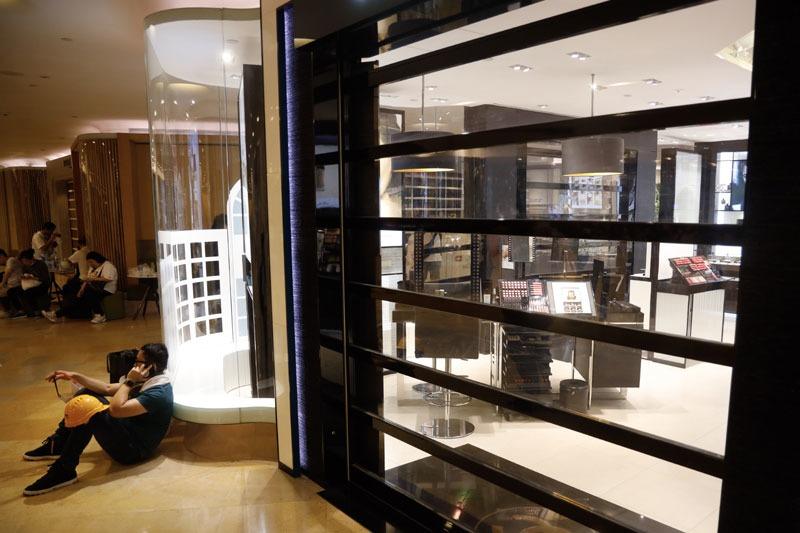 Lam Chi-wai, chairman of the organization, said in the statement that Hong Kong police would not back down, even if they were attacked and some injured.

In a joint statement, presidents from 10 universities in the city, said they are gravely concerned about the intensifying conflicts and plead for calm from all sectors of the community.

The Colloquium of Six Religious Leaders of Hong Kong issued a statement on Wednesday, echoing Cheung's message and urging people to express their concerns through dialogue in a rational and peaceful manner.

A press release issued by the government at 10:22 am advised staff members against going to CGO and those already at CGO were advised to stay there until further notice. Police were implementing appropriate traffic arrangements.

In a press release Wednesday morning, the EDB urged schools to allow students to return home only under safe conditions and urged students to put personal safety first.

In a similar press statement issued Wednesday morning, the Labour Department urged employers to be flexible if employees cannot resume work in time because of commuting problems.

With inputs from He Shusi and Chen Zimo