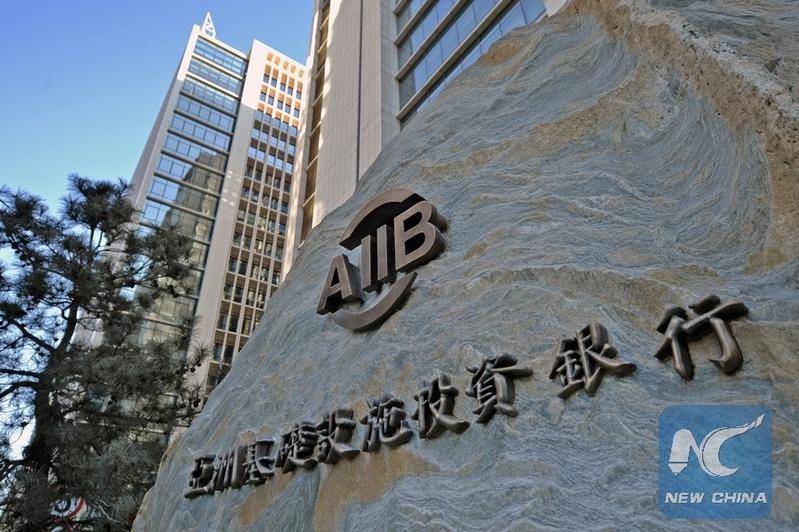 This photo taken on Jan 17, 2016 shows the stone monument in front of the headquarters building of the Asian Infrastructure Investment Bank (AIIB) in downtown Beijing, capital of China. (PHOTO / XINHUA)

NEW DELHI - India is the biggest borrower from the Asian Infrastructure Investment Bank (AIIB), getting its projects financed to the extent of US$4.4 billion dollars in the past three years, Subhash Chandra Garg, Secretary of India's Department of Economic Affairs, said in an official statement.

AIIB's third annual meeting begins in India's financial capital in Mumbai on Monday. The two-day annual meeting of the bank focuses on infrastructure with the theme of "innovation and collaboration."

The annual meeting will see participation from 86 members. They will deliberate on the strategies to mobilize financing for infrastructure in the region.

AIIB's Vice-President and Corporate Secretary Sir Danny Alexander said that the bank is apolitical and all projects have to pass the bank's test on sustainability and environment.

"Lean, clean and green is the way we work. We invest in sustainability and are guided by those priorities," he added.

Alexander said AIIB will consider investing in projects outside Asia.

"So far, AIIB has only invested in one solar power project in Egypt," he was quoted as saying in the statement.

While 75 percent of the capital is from Asia, several non-Asian regions like Europe, North America, some East African and Latin American countries have also joined the bank as members.