When it comes to designing with bamboo and rattan, a flexible approach tends to yield the best results, Huang Zhiling reports. 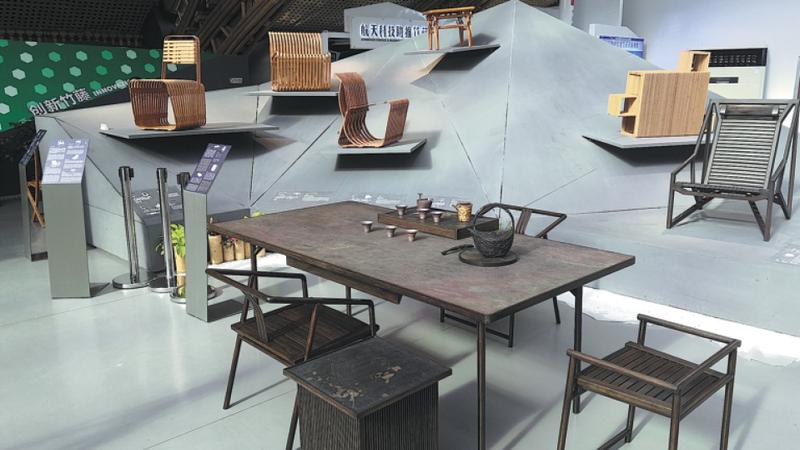 A collection of Shi's bamboo designs on display at the just-concluded event in Beijing. (LIU LANYING / FOR CHINA DAILY)

Li Chaoyun likes bamboo. The native of Sichuan province, a major producer of bamboo, appreciates a line from Su Dongpo (1037-1101), a great man of letters and a household name in the history of Chinese literature, that goes: "I can stand a meal without meat but cannot stand living without bamboo."

"The trip was a feast for the eyes. I had a pleasant surprise - there were many elements of Sichuan among the chic bamboo items on display," the Chinese teacher says.

She and her friends from Sichuan were impressed with a bamboo chair called Bashi.

Bashi is a word used often by Sichuan people. It means "very nice", "cozy" or "comfortable" in their dialect and perfectly embodies their optimistic and laid-back attitude toward life, Li says.

The chair is one of over 30 pieces of bamboo furniture designed by Jeff Dayu Shi, an internationally acclaimed designer, which went on display at the exhibition at the invitation of the International Bamboo and Rattan Organization since the exhibition opened on April 29.

Most of the pieces are international-design award winners. Ruomo, another chair, for example, won the German Design Award 2020.

The chair captures the unique aesthetics of natural bamboo and bamboo composites while boasting an ergonomic design and a streamlined shape. It breathes new life into bamboo design through a combination of art and technology. 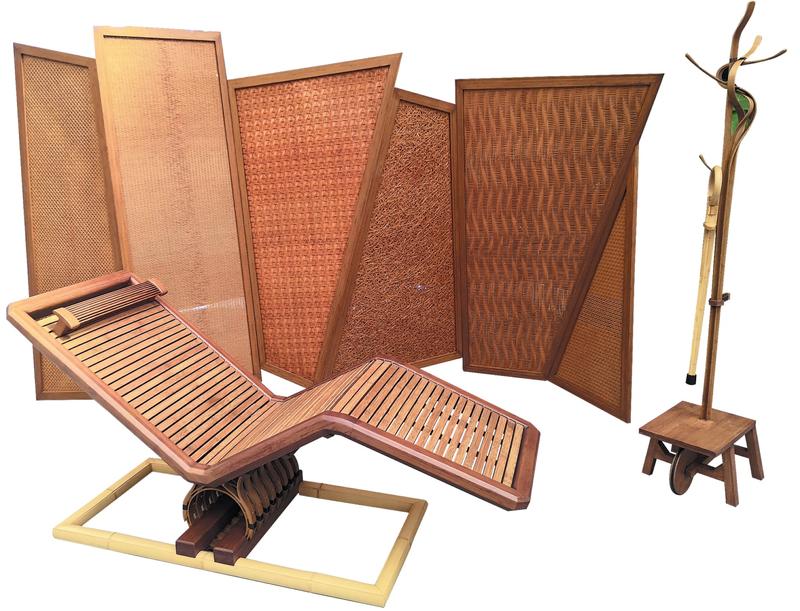 Chair Bashi, one of over 30 bamboo works designed by Jeff Dayu Shi on display at the International Horticultural Exhibition 2019. (LIU LANYING / FOR CHINA DAILY)

Unlike many of Shi's previous works, those exhibited at the Beijing event are more market-oriented and accessible to consumers.

By incorporating design features that make the pieces better suited to mass production and easier to package and transport, while not sacrificing artistic merit, Shi hopes to maximize the economic, social and ecological benefits of bamboo, and create more momentum for the bamboo industry as a whole.

The pieces include a tea set and a clock made of bamboo.

The clock made of two branches of bamboo features a novel design that uses a cicada wing as its second hand.

Throughout his decadeslong career, Shi has switched paths a number of times, working first as a jewelry designer.

At the age of 21, he left Taiwan to study at the Fashion Institute of Technology in New York and later worked as a designer for the luxury jewelry company, Harry Winston.

In 1996, he won the DeBeers Diamonds International Award - the Oscar of the jewelry industry.

But it was his passion for bamboo and his ingenuity in design that have earned him countless awards and accolades.

He was honored with the Red Dot Design Award, one of the top three design prizes in the world, for four consecutive years from 2009 to 2012 for his work in natural materials like bamboo.

To acknowledge his contribution to bamboo design, the International Bamboo and Rattan Organization included Shi in its 2017 publication, 100 Heroes of China's Bamboo Industry, and invited him to present a keynote speech at the inaugural Global Bamboo and Rattan Congress in Beijing in June 2018.