'HK bill just an election ploy by US politicians’ 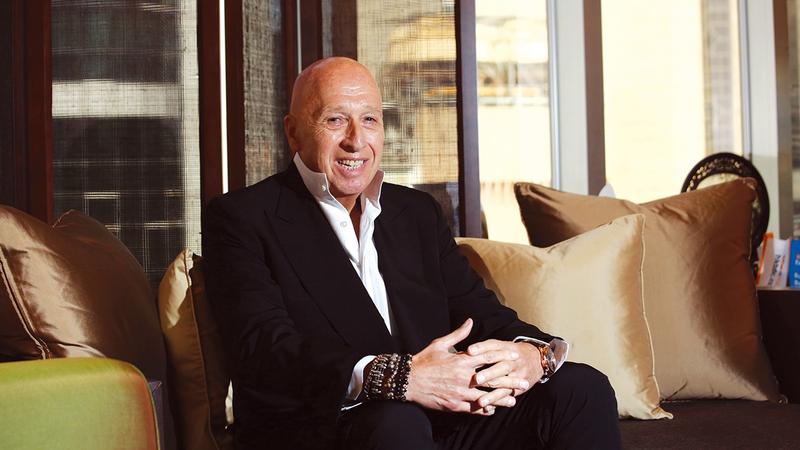 The passage of the Hong Kong Human Rights and Democracy Act by United States lawmakers is merely a gambit by politicians to win votes in next year’s elections, says Hong Kong businessman Allan Zeman.

Their aim is to play up their own political agendas without a clue as to what’s really going on in Hong Kong, the chairman of Lan Kwai Fong Group told China Daily in an interview on Thursday.

The US House of Representatives passed a Senate bill on Wednesday, which requires the secretary of state to certify each year whether the Hong Kong Special Administration Region continues to be treated differently than the Chinese mainland in commerce and other areas, depending on its assessment of Hong Kong’s human rights and law enforcement situations. The bill will take effect once US President Donald Trump signs it into law.

The US will not abandon China’s huge market of 1.4 billion consumers, with nearly 600 million middle-class people in the next two or three years and the 70 million people in the Guangdong-Hong Kong-Macao Greater Bay Area

With most politicians in the House involved in the 2020 elections, Zeman said passing the bill is meant to send a positive message to their voters that they’re “helping the protesters in Hong Kong, siding with them because they’re fighting for their freedoms, democracy, for human rights and for their future”.

“It’s really about getting votes,” he said.

Zeman has serious doubts about whether US politicians have adequate knowledge of the situation in Hong Kong. “If you ask most of the senators or most of the people within the government if they know what it’s all about. I guarantee you many cannot answer.”

‘US will suffer more’

Zeman stressed that the level of freedom in Hong Kong hasn’t changed, and he does not think the act itself will change a lot of things in Hong Kong if it eventually becomes a law in the US. 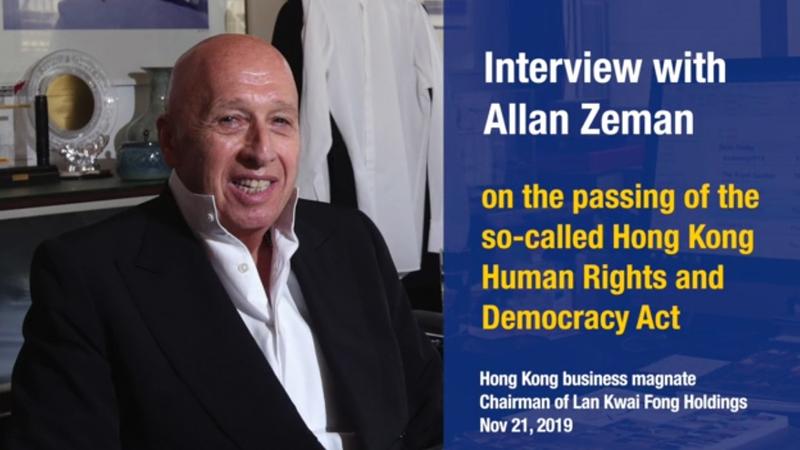 Interview with Allan Zeman: HK bill just an election ploy by US politicians

At the end of the day, he said, Hong Kong remains one of the few regions in the world that offer the US a trade surplus. “And so I think that, if anything, the US can suffer more than Hong Kong,” Zeman said.

The HKSAR government has voiced opposition to the act. In a statement, it said the US has “enormous economic interests” in the city, including earning from Hong Kong the largest bilateral trade surplus among its global trading partners for the past decade — standing at more than US$33 billion last year.

Zeman also noted there are 1,362 US companies doing business in Hong Kong and many Americans live in the city. “For sure, they’ll have to make adjustments to the way they do business.”

Zeman’s believes the effect would not be that great unless China retaliates with harsh measures. He believes the act is just a message against China as the trade spat continues, and not really against Hong Kong. “I think everyone likes to talk strong, but then it’s in everyone’s interest, in both countries’ interests, to sign a deal eventually.”

Zeman says the US will not abandon China’s huge market of 1.4 billion consumers, with nearly 600 million middle-class people in the next two or three years and the 70 million people in the Guangdong-Hong Kong-Macao Greater Bay Area.

With Hong Kong’s special constitutional status and its favorable business environment for foreign capital under “one country, two systems”, Zeman said he is not that worried about the US move.