Editor's Note: The seven-day national holiday is coming! Have you got itchy feet to explore exotic, faraway places?

Here are seven global destinations for you and your loved ones to embrace an unforgettable travel experience. 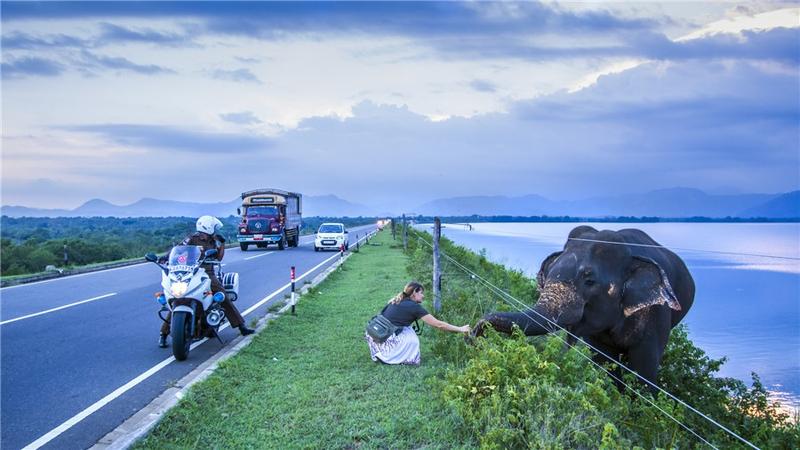 A visitor feeds an elephant on the roadside. (PHOTO / IC) 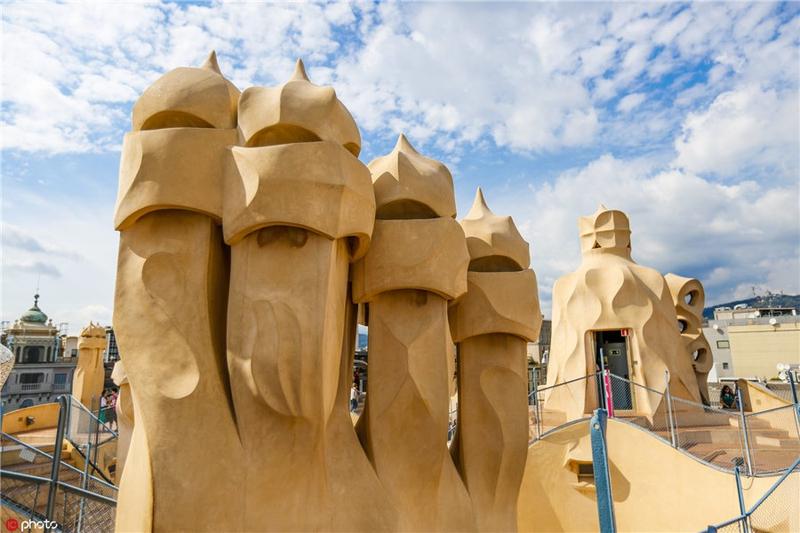 One of Spanish architect Antonio Gaudi's works is seen in Barcelona. (PHOTO / IC)

Craving an immersion in Spanish vibes? Book a flight to Barcelona. Here, modernist architect Antoni Gaudi's mind-boggling works abound, and traditional Flamenco dance and music permeates the air. Plus, Barça fans would give an eye and a tooth for a behind-the-scenes tour to Camp Nou, the home stadium for the renowned soccer club, while art aficionados can put the Picasso Museum at the top of their to-go lists in this seaside city. 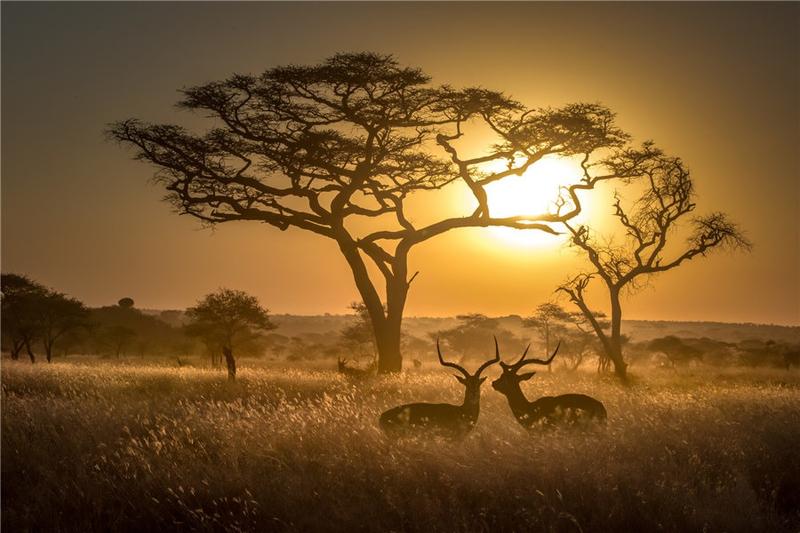 A scene of sunset in the Serengeti National Park in Tanzania. (PHOTO / IC)

If BBC's 2019 wildlife documentary Serengeti does not satisfy your curiosity, just fly to Tanzania to check out the savannah where lion prides, leopards, and elephants were filmed up close. Apart from going on safari to view the wildlife described as "without parallel in Africa", you can also visit the pinnacle of Africa, Mount Kilimanjaro, paying homage to Hemingway's iconic work The Snows of Kilimanjaro. In addition, you can take home the tanzanite gemstones which can certainly crystallize your African adventures and memories. 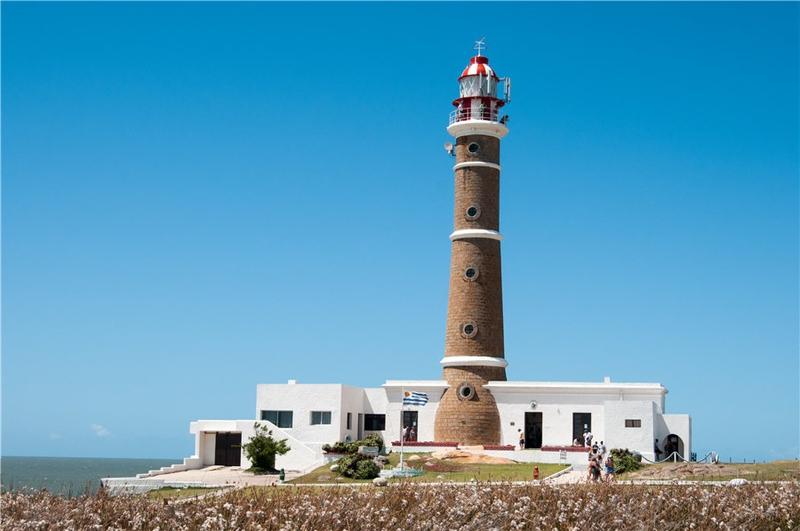 Embedded between Argentina and Brazil, Uruguay is a somewhat hidden gem that awaits your exploration. Its capital, Montevideo, is the heart and soul of tango. You can stroll along the streets, absorbing the omnipresent Latin passion or sampling the South American delicacies. To disconnect from city life's chaos for a while, you can head to Cabo Polonio, a coastal hamlet detached from the country's urban fabric. Stay there for a night or two to savor the area's pristine beauty, and appreciate numerous stars punctuating the night sky at the best stargazing spot in the Southern Hemisphere. 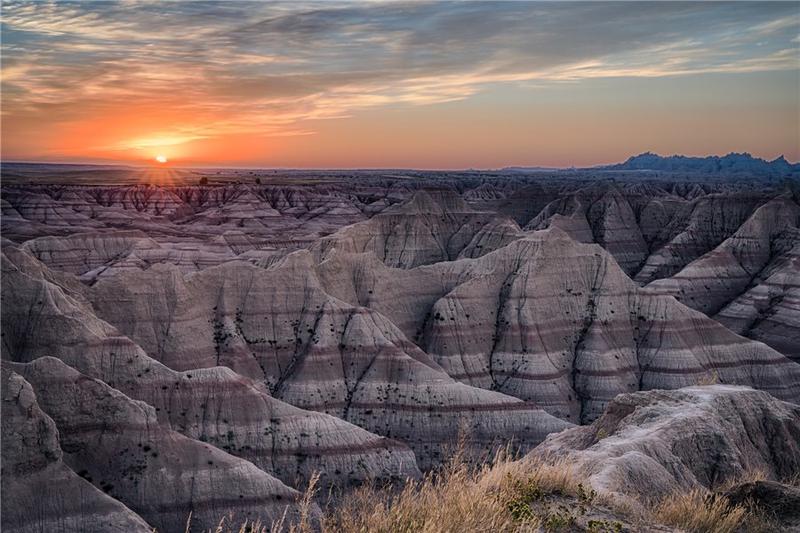 The hills and gullies made of thin-layered and multicolored sedimentary rocks are seen in South Dakota's Badlands National Park in the United States. (PHOTO / IC)

5. South Dakota in the US

Unlike sought-after destinations like the Great Canyon, the Big Apple, DC, and Las Vegas, South Dakota remains relatively untouched by mass tourism but promises to surprise and amaze you with utterly fantastic adventures. Across the vast state, you're set to be awed by the faces of the country's four illustrious presidents carved high on Mount Rushmore, wowed by the otherworldly landscapes in Badlands, and thrilled by the breathtaking beauty of the glacial lakes and outdoor adventures in the region. 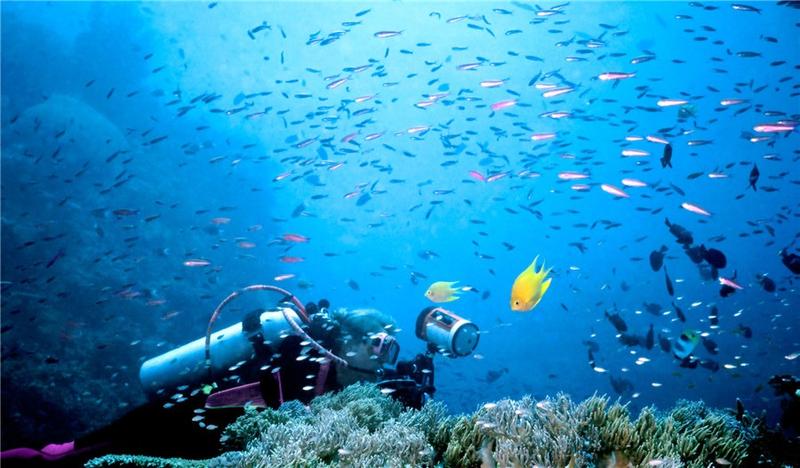 A scuba diver views the fishes and coral reefs in Fiji. (PHOTO / IC)

6. Fiji in the South Pacific

Acountry made up of more than 330 islands, Fiji is truly a gem floating on the South Pacific that deserves your exploration. Here you can take a hike to explore Vanua Levu, the second largest island famous for its lush forests and impressive waterfalls, go to a village and mingle with cheery locals, or plunge into the crystal clear watersand try diving to view the world's best - but, tragically, dying - coral reefs. Of course, there are many more wonders and secrets to characterize your Fiji time. 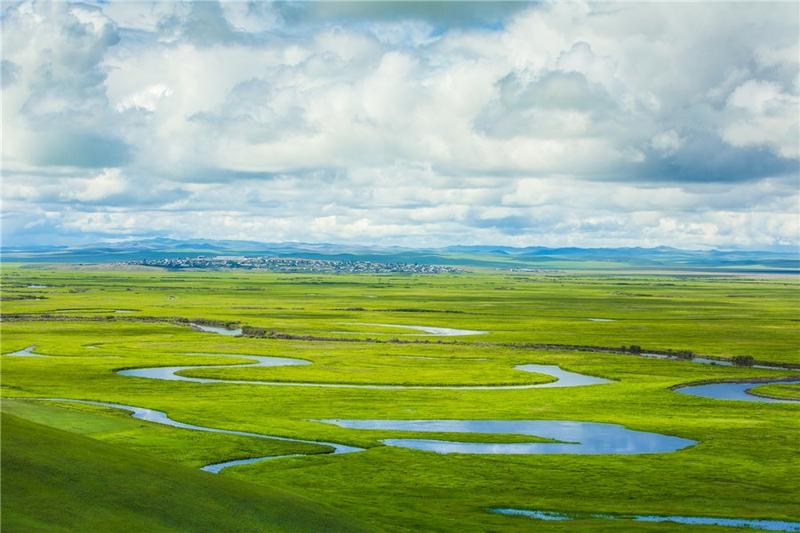 Still pretty much under the radar, Hulun Buir Prairie in North China's Inner Mongolia autonomous region boasts a hybrid of premium tourism resources that ensure you a fulfilling and unforgettable travel experience. Endless grasslands dotted with horses and sheep herds extend into distant horizons; the mighty Mergel River snakes across the vast grassland; and hundreds of unspoiled lakes mirror the fluffy white clouds lazily dangling in the sky. Feel free to forget everyday concerns, and you'll see nature unfold its finest side right in front of you.

Which one would top your list? Already visited any of them? And if you could add a destination to the list – what would it be? Let us know in the comments below!

Yang Xiaoyu contributed to the story