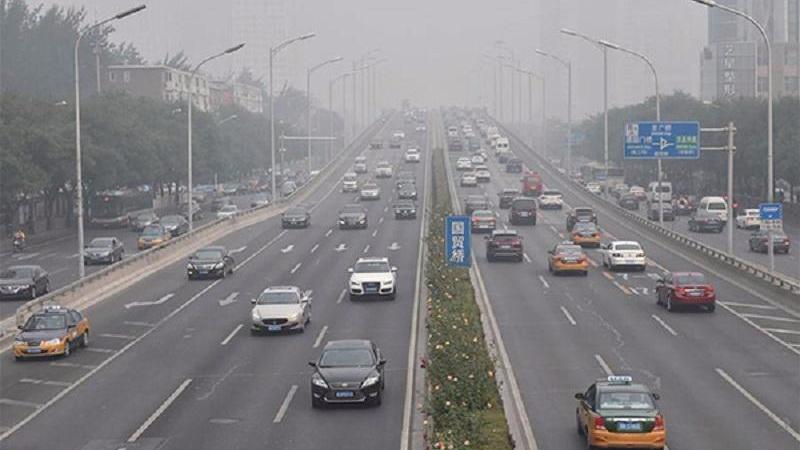 China will roll out new guidelines to prevent and control ozone pollution amid rising levels of the pollutant across the country, a government official said on Wednesday.

While the country has seen a steady drop over the past few years in the average concentration of PM2.5 - tiny particles that can damage the lungs - the concentration of harmful ozone gas has been rising steadily since 2015, said Zhao Yingmin, vice-minister of ecology and environment.

At a policy briefing hosted by the State Council Information Office, he said the country will step up emission controls of nitrogen oxide and volatile organic compounds (VOCs), both of which play a significant role in the formation of ozone in the atmosphere.

He noted that the concentration of ozone rose by 8 percent nationwide year-on-year, and is worth heightened attention. The gas is now concentrated in the Beijing-Tianjin-Hebei province region; in the Yangtze River and Pearl River Delta regions; and in Liaoning, Hubei and Shaanxi provinces.

It could be an arduous task to tackle ozone pollution, because of the large amount of nitrogen oxide and VOC emissions, he said, adding that such pollution has been an ongoing problem for some developed countries.

However, Zhao said that PM2.5 continues to be the principal pollutant affecting China's air quality. He noted that 64.2 percent of prefecture-level cities regularly have PM2.5 concentrations that exceed standards.

Ozone pollution prevention and control is part of a three-year action plan approved by the State Council at an executive meeting chaired by Premier Li Keqiang on June 13.

Under the plan, China's key urban areas will see a major reduction in air pollution within three years, as the government moves to cut outdated production capacity and the use of substandard coal - part of an effort to optimize energy consumption and industrial structure.

To tackle pollutants emitted by vehicles, the government will further promote the use of new energy vehicles and improve the quality of fuel, according to the plan.

It also highlighted the need to tackle concentrations of PM2.5 and sulfur dioxide in the Fenwei Plain, an area of Shanxi and Shaanxi provinces that has heavy industry and widespread use of substandard coal.

Zhao added that the ministry will continue to push the shift from coal to clean energy, including natural gas and electricity, for winter heating in northern China.

However, old heating facilities will not be dismantled unless new facilities with clean energy are in place to ensure heating supplies to the public, he said.