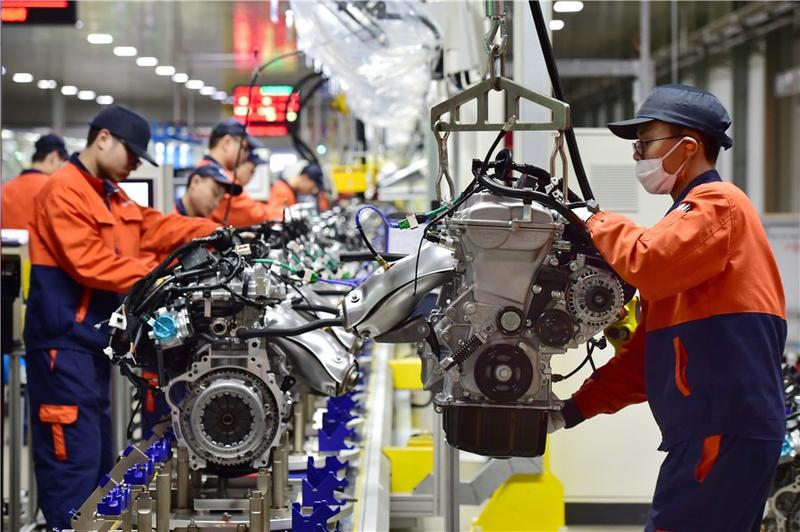 Geely Auto and Volvo Cars are planning to merge their engine operations into a stand-alone business unit, which will pool resources to create greater synergy between them and facilitate their electrification campaigns, according to parent company Zhejiang Geely Holding Group.

The proposed new unit, which is still subject to diligence and approval, will develop and produce more efficient engines and hybrid powertrains for vehicles under all brands across the group as well as other automakers, the company said in a statement on Monday.

It said the move will increase synergies for both Geely and Volvo in research and development, manufacturing, procurement, and operations and thus improve efficiency and cut costs for them.

Analysts said that is one major reason for international carmakers such as Volkswagen and Toyota to share their powertrains or platforms among different brands within them.

Currently Volvo makes over 600,000 vehicles a year, while Geely produces about 1.5 million.

Combined they have 8,000 people working on combustion engine operations including research and development, procurement, manufacturing, IT and finance functions. The group, however, said there would be no reduction in the workforce due to the merger.

An Conghui, president of the group, said the company is committed to full electrification but it will continue to increase investments in the development of highly efficient combustion engines and hybrid systems.

Geely is one of the first Chinese carmakers to develop the 48-volt mild hybrid system, believing that China will be a major market for such technology. Geely said models featuring the latest-generation hybrid system are expected to hit the market in 2022.

Last year, its R&D expenditure totaled 21 billion yuan, accounting for 6.4 percent of its total revenue in the year, which is roughly the same proportion as international automotive groups.

Volvo said the stand-alone engine unit will enable it to focus on developing fully electric premium vehicles. The Swedish carmaker, which Geely acquired from Ford in 2010, expects half of its global sales to be electric vehicles by 2025, and the other half will be hybrids.

Geely and Volvo already have some joint ventures, including the Lynk & Co brand and a technology company, both of which were established in the second half of 2017. The two brands have been sharing some technology as well, including the Compact Modular Architecture platform, based on which the Volvo XC40, Lynk & Co and some Geely-branded vehicles are built.

Volvo has been producing its sedans and sports utility vehicles in China, which soon became its largest market worldwide after the Geely acquisition in 2010.

In the first seven months of this year, the Swedish automaker delivered 80,380 vehicles in China, a 12 percent rise from the same period last year, despite the overall downturn in the country's passenger car market.

Polestar, an electrified performance vehicle brand jointly owned by Volvo and Geely, has also started production of its models in China.

The Polestar 1, a plug-in hybrid coupe, is now assembled at a plant in Chengdu, capital of Sichuan province, and production of the fully electric Polestar 2 sedan, is due to start in early 2020 at Geely's Luqiao plant in Zhejiang province.