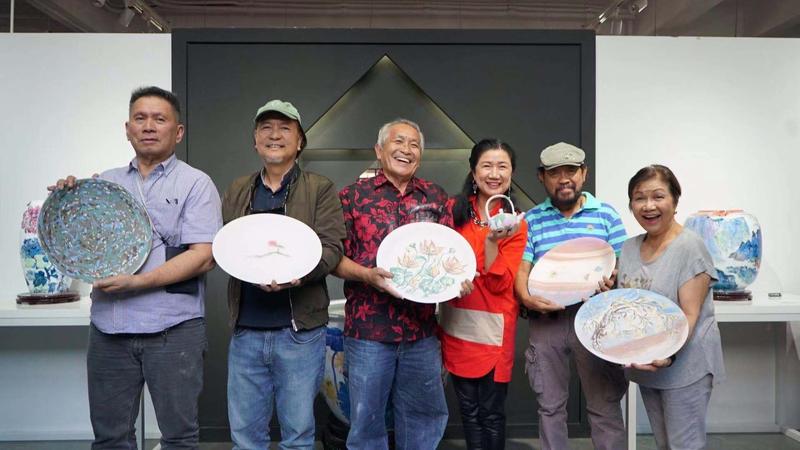 This aerial photography taken on Oct 22 shows the Chinese Ceramic Vally in Liling, Hunan. It is an architectural complex in the downtown area of the city consisting of several buildings shaped like porcelains. (Miriam Zhang/ China Daily) 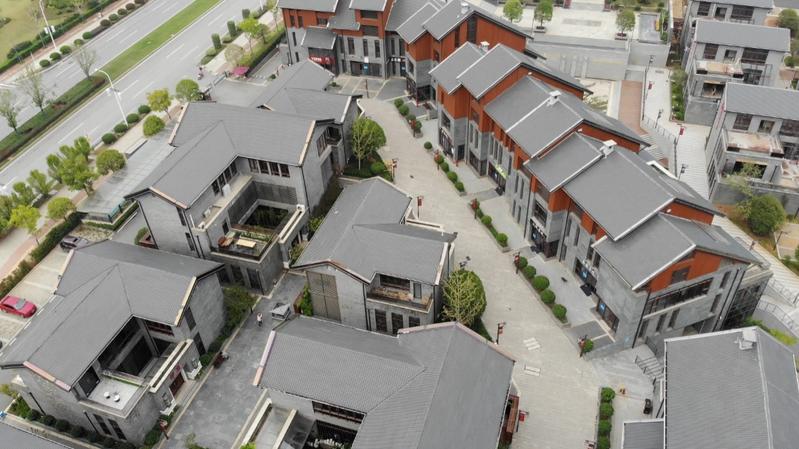 This aerial photography taken on Oct 22 shows the “master buildings” architectural complex in Liling, Hunan. Located in the heart of the city, the complex is designated for prominent artists to live, work and exhibit their artworks. (Miriam Zhang/ China Daily)

A short stay in an art-friendly town of China offered inspiration for creating art works and also valuable lessons in creating a conducive atmosphere to encourage artists, said Filipino artists participating in an art exchange trip to Liling in Hunan province.

The trip also provided more impetus for them to strengthen cultural bonds between China and the Philippines. This is to encourage greater art development from both countries and more people-to-people exchanges, the artists said.

Five Filipino artists were invited to tour Liling from Oct 21 to Oct 23 to paint and sketch the city. All of the artwork will be exhibited in Shenzhen on Oct 26.

Such an atmosphere is very conducive to art development

Filipino artist Manuel Baldemor said he was amazed by the art-friendly atmosphere in such a small city. Not only artists, but ordinary people also share an interest and appreciation of art.  “Such an atmosphere is very conducive to art development,” he explained.

He said he was also surprised by the local authority’s support for art development. To better facilitate this, the Liling municipal government has designated several buildings in the heart of the city for artists to live, work and exhibit their work.

Baldemor said an emphasis on art is rare in small cities. In the Philippines, most art resources, such as museums and galleries, are all centered in Manila. There is a lack of the right conditions to develop art in small towns – and most especially on remote islands, he added.

Inspired by what he experienced in Liling, Baldemor said he is eager for opportunities to have deeper understanding of the city – which he described as “a heaven for artists”.

If possible, he would like to apply for “art residency” in the city to enable him to stay longer.

Compared with Jingdezhen in Jiangxi province, China’s “porcelain capital”, Liling is a lesser-known small town dedicated to the design and manufacture of porcelain products. It also holds a fair annually for the trade of porcelain since 2015.

Norberto Carating, another artist from the Philippines, said he was impressed by the ceramic art all over the city. Ceramic pieces are not only exhibited in museums, they also appear in parks and streets; they have become an integral part of the daily lives of Liling people, he said.

The hotel the Filipino artists are staying is also inspired by ceramics. Shaped like a giant ceramic bottle, it is part of a complex consisting of several buildings in the form of different porcelain; it has become an eye-catching city landmark.

The photos he took and then posted on social media received many "likes" from his friends. Many of them showed interested in his sojourn in Liling and the characteristics of the city. Some even said they intend to visit the city later.

Carating noted that in the wake of the rapid development and the growing influence of China, more foreign people have developed an interest in the country – especially its civilization and culture.

He said that after he returns to the Philippines, he intends to promote more cultural exchanges between the two countries, to get Filipinos interested and show them a more comprehensive picture of China.

The trip is part of the two-month Philippine-Chinese Art and Culture Exchange Program themed “In Harmony with Nature.” Co-organized by Bank of China, Chinese Culture and Art Association, China Daily, and Metropolitan Museum of Manila, the program aims to promote cultural exchanges between China and the Philippines, and strengthen mutual trust between the two countries.

Another part of the program, five Chinese artists were invited to sketch and exhibit their work in the Philippines for a week in September.