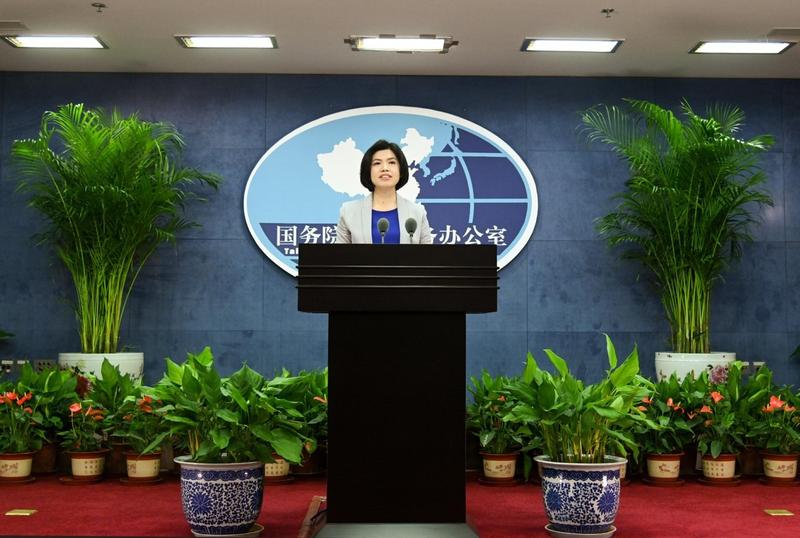 The favorable measures the mainland issued recently are a timely response to the appeals of Taiwan residents and offer them more opportunities, and they are by no means meant to interfere in the island election, the Taiwan Affairs Office of the State Council said on Wednesday.

Last month, the mainland unveiled preferential policies called "26 measures" aimed at encouraging the development of Taiwan enterprises on the mainland and offering them the same treatment as other businesses.

Chen Binhua, deputy head of the economic department of the office, said on Wednesday the measures respond to Taiwan businessmen's expectations

Chen Binhua, deputy head of the economic department of the office, said on Wednesday the measures respond to Taiwan businessmen's expectations, expand the scope of benefits and further promote Taiwan enterprises so that they can participate in the mainland's high-quality development.

Chen noted that the new measures closely follow the hot spots of economic development. For example, Taiwan enterprises are allowed to participate in the construction of 5G projects on the mainland.

The measures also allow the eligible cross-Straits youth employment and entrepreneurship bases on the mainland to apply for the title of "national science and technology business incubator" and other titles that will give them tax preferences.

"Although the mechanism of cross-Straits consultation has been suspended now due to the noncooperative attitude of the island authority, the mainland will never stop promoting cross-Straits cooperation," he said.

The ruling Democratic Progressive Party of Taiwan said recently that by issuing the new measures at the time, the Chinese mainland is trying to interfere in the island's coming election.

The leadership election of Taiwan is scheduled for Jan 11.

In response, Zhu Fenglian, spokeswoman for the office, denied the assertion.

"We never get involved in elections in Taiwan," Zhu said on Wednesday. "We have made thorough investigations and listened extensively to the appeals of the Taiwan compatriots. Let the facts speak for themselves."

"The DPP aims to intimidate and punish Taiwan residents who participate in the cross-Straits exchanges, and seek political gains by doing so, which will not succeed and will not be popular with the people," she added.