Clash of political titans brings a gripping election to Malaysia 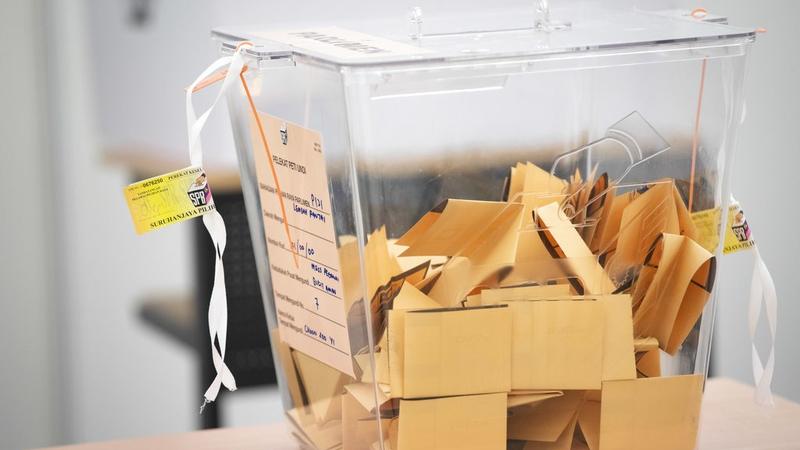 This May 5, 2018, photo, shows a ballot box during an early voting for general elections in Kuala Lumpur, Malaysia. Malaysia's general election on May 9, 2018 will be an extraordinary contest. (VINCENT THIAN / AP)

KUALA LUMPUR - Malaysia's general election on Wednesday will be an extraordinary contest, pitting a 92-year-old former authoritarian leader and a jailed reformist he fell out with 20 years ago against a prime minister who has been mired in a multi-billion-dollar scandal.

Momentum is with the opposition, but we believe it is unlikely that they will pull off a surprise victory

Few doubt that Prime Minister Najib Razak's Barisan Nasional (BN) coalition, which has ruled Malaysia for the six decades since independence, will triumph.

But a robust challenge from the opposition - spearheaded by nonagenarian Mahathir Mohamad, the country's longest-serving prime minister, and his one-time protege Anwar Ibrahim - has produced a hotly contested election.

"Momentum is with the opposition, but we believe it is unlikely that they will pull off a surprise victory," said the Eurasia Group consultancy, which put the odds of a win for Mahathir's Pakatan Harapan (Alliance of Hope) at 15 percent.

However, the political risk group's Asia director, Peter Mumford, said there is a danger for the ruling coalition that it will fare worse than the 2013 election, when it lost the popular vote but won with 133 of parliament's 222 seats. 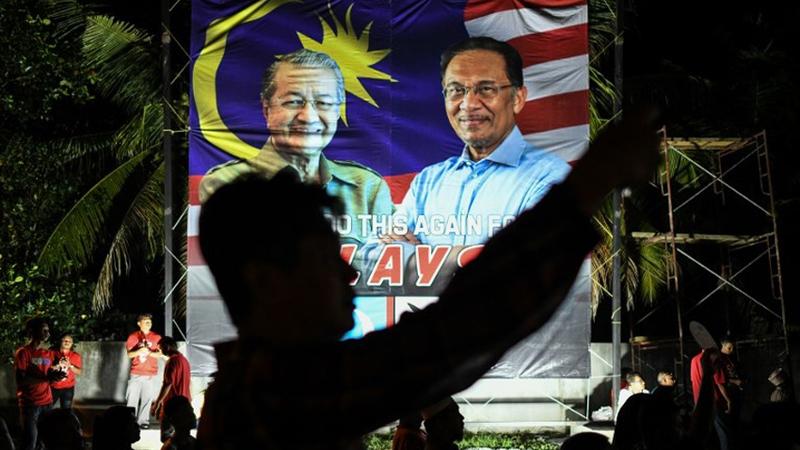 Under Malaysia's simple majority system, the party that gets the most seats in parliament wins even if it does not secure the popular vote.

An unconvincing victory would leave Najib, 64, with reduced political clout and he could face pressure from within his party to stand aside ahead of the next election, Mumford said.

That would be a blow for Najib, who has survived an uproar surrounding 1Malaysia Development Berhad (1MDB), a state fund that racked up heavy debt after he took power in 2009. In 2015 news broke that US$681 million had found its way into his personal accounts. The prime minister has denied any wrongdoing and local authorities have cleared him. 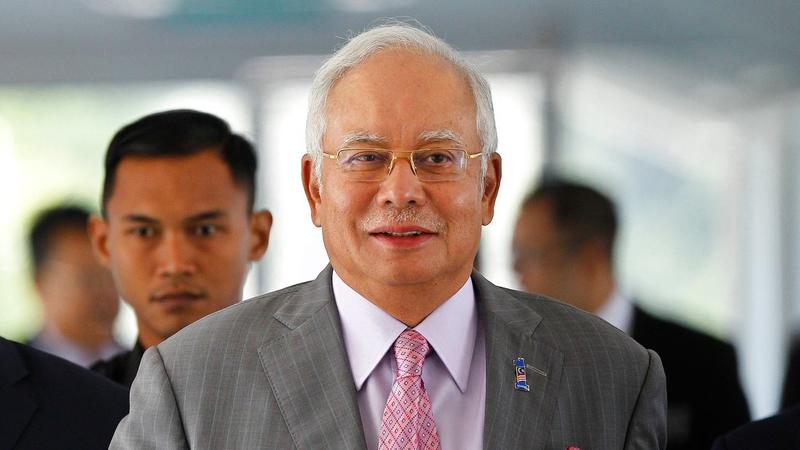 Under Najib, a skyscraper called The Exchange 106 has come up in Kuala Lumpur that will replace Mahathir's pet project, the Petronas twin towers, as the tallest on the capital's skyline.

The two buildings are testimony to Malaysia's transformation from a rural backwater to an industrial nation, but they are also emblems of the bitter rivalry between the two leaders.

Mahathir, who ruled with an iron fist for 22 years, was once Najib's mentor but turned against him over the 1MDB affair and quit the United Malays National Organisation (UMNO) party, which represents the country's Malay majority.

Then, in an even more unlikely change of heart, Mahathir last year buried a feud with Anwar, 70, and the two agreed to join forces to oust Najib.

Mahathir sacked Anwar as his deputy prime minister in 1998. Anwar then started a movement known as "Reformasi' - reform - to end UMNO's race- and patronage-based governance, but he was stopped in his tracks by charges of sodomy and graft, which he denied, but was jailed for.

Anwar was imprisoned again in 2015, when Najib was prime minister, for another sodomy charge, which he described as a politically motivated attempt to end his career.

Mahathir has promised to seek a royal pardon for Anwar if they win the election and, once Anwar is free, to step aside and let his protege-turned-foe-turned-ally become prime minister.

Reformasi supporters have been dismayed by Anwar's reconciliation with the very man who tried to block their movement, but Anwar's daughter, lawmaker Nurul Izzah, says the opportunity to defeat Najib's coalition is what matters most.

"It took us many years to get to this point, and if you're not smart or wise enough to join all these forces together, we might lose the chance at wresting power from BN," she told Reuters recently.

The opposition alliance, which counts on urban votes and support from the ethnic Chinese and Indian communities, is hoping Mahathir will draw in rural Malay voters who have long been loyal supporters of BN but are now disillusioned by increased costs of living.

A survey released by pollster Merdeka Center last week showed the opposition making gains, but not enough to land a majority of parliament's seats. It saw Mahathir's alliance winning 43.7 percent of the popular vote and BN 40.3 percent.

The opposition has complained that a revision of electoral boundaries in March tilted the election in BN's favour by moving large numbers of opposition-leaning voters into fewer parliamentary constituencies.

The Election Commission insists its electoral map changes did not favour the ruling coalition, and the government says there was no political interference in the exercise.

Thomas Pepinsky, a Southeast Asia political expert at Cornell University, said that despite the unusual spectacle of a tight election in Malaysia, the outcome is in little doubt.

"The strength of the incumbent regime must not be underestimated," he said. "It retains the legal, infrastructural, and material resources that it has always used to prevail in Malaysia's controlled elections."