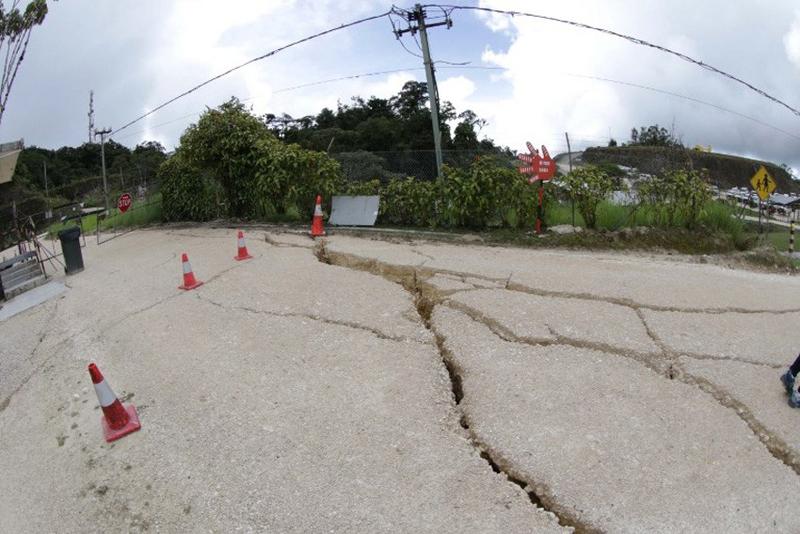 MELBOURNE – Papua New Guinea faces a long road to recovery after the powerful earthquake that hit the nation's rugged highlands more than 10 days ago, with the death toll now believed to have climbed to more than 100, its leader said.

PNG Prime Minister Peter O'Neill flew over the worst-hit areas on Wednesday after a magnitude 6.7 aftershock struck the mountainous region already reeling from a 7.5 quake on Feb 26.

Tragically, the Highlands Earthquake has already claimed the lives of an estimated more than 100 Papua New Guineans, with many more still missing and thousands of people injured.

"There will be no quick fix. The damage from this disaster will take months and years to be repaired," O'Neill said in Tari, the capital of Hela province.

Australia and New Zealand sent more helicopters and planes to help deliver food, water and medicine to the remote region, where the government and aid agencies have been scrambling to reach villages stranded by landslides and collapsed roads.

"Tragically, the Highlands Earthquake has already claimed the lives of an estimated more than 100 Papua New Guineans, with many more still missing and thousands of people injured," O'Neill said in comments published by his office.

The Feb 26 quake forced oil giant ExxonMobil Corp to shut all its gas facilities in the country, which it expects will be down for around eight weeks while it carries out inspections and repairs.

The company has said its facilities in the highlands, where it produces and processes gas, and the 700-km pipeline that snakes through the jungle to the coast to feed the LNG plant all stood up well to the earthquake.

He said the main challenge to restoring operations was moving people back into the quake-hit area and fixing their living quarters. 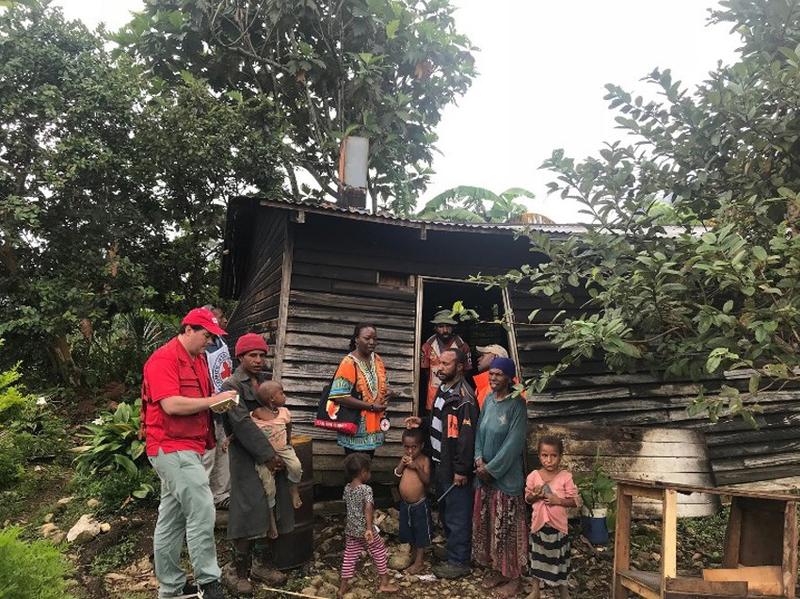 A handout photo taken on March 6, 2018 and received on March 7 from the International Federation of Red Cross shows Red Cross personnel speaking to local people outside their damaged house at Kar in Papua New Guinea. A 6.7-magnitude earthquake struck Papua New Guinea on March 7, 2018, US seismologists said, a week after a major quake in the same remote highland region killed at least 67 people. (INTERNATIONAL FEDERATION OF RED CROSS / AFP)

"It's tough to get people in and out in the highlands right now. Accommodation is a challenge. Infrastructure is a challenge," Chapman said.

The eight-week estimate for restarting PNG LNG was preliminary, he said. "It could be shorter than that."

ExxonMobil's PNG LNG partner Oil Search has been heavily involved in relief efforts while also trying to inspect and repair its oil and gas facilities in the highlands.

"The integrity of facilities have been maintained and there has been no leakage from any of the facilities," Oil Search Managing Director Peter Botten told Reuters by phone from Port Moresby.

He played down talk of looting and security problems at the oil and gas facilities.

"I don't think that's going on, certainly in no serious way," he said.