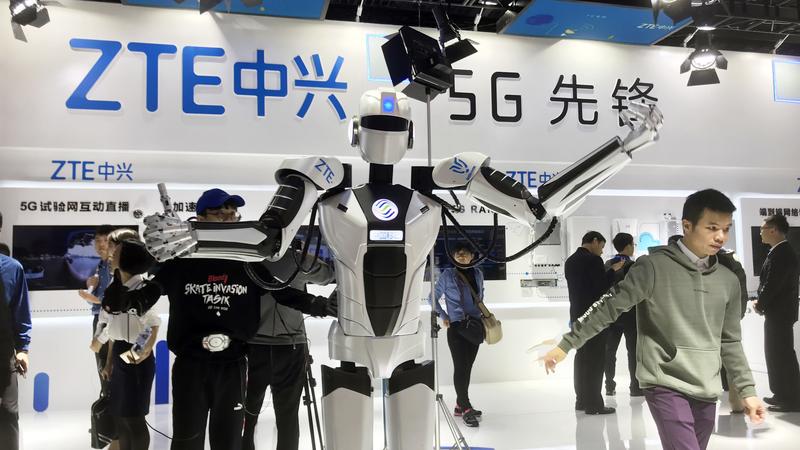 As the shadow of escalating Sino-US trade tensions looms over China, tech companies in the Guangdong-Hong Kong-Macao Greater Bay Area have been accelerating their upgrades to innovation and technology.

As a region — where a group of Chinese tech giants and startups are based — is becoming a cradle for innovation and technology development. This has taken place despite the US’ recent restrictions on the export of high-tech goods to China and its blacklisting of Huawei, a manufacturer of Chinese telecommunications equipment and consumer electronics.

The trade dispute, almost a year old, has harmed both the world’s two largest economies as well as the global economy as a whole. To tackle the external uncertainties, technology companies and startups in the Bay Area have expedited industrial upgrades and continued to make strides in research and development.

The trade dispute will have the inadvertent effect of ensuring China and the Bay Area to be more independent and self-reliant, which will further connect the cities and regions within the Bay Area and decouple and reduce the reliance on traditional partners

For example, a Hong Kong robotics startup, Roborn Dynamics Ltd, which develops motion-detection control technology, has shifted its market focus from the US to the Chinese mainland and sped up industrial upgrading to cope with the trade tensions.

Mark Mak, Roborn’s founder and chief technology officer, said Roborn’s major clients used to be from the US who bought their models or original design manufacturing. But since early last year, the startup has been reducing its orders from the US and seeking market opportunities on the mainland.

“Cities and regions of the Bay Area have been actively propelling the development of innovation and technology, and tech companies should grasp the opportunity,” said Mak, whose company has already set up offices in Hong Kong, Dongguan, Jiangmen and other Bay Area cities. He has witnessed the progress made there.

As the Sino-US trade tensions heated up, Mak acknowledged that the company was affected by the drop in orders from the US, so they accelerated 5G robotics development, cooperating with China Mobile and ZTE last year.

“We are directly involved in the R&D and the acceleration of the project does a lot of good to the company’s technology growth,” Mak said. The three companies in December co-developed China’s first 5G motion detection humanoid robot that can be used to perform tasks in high-risk environments. The 5G network allows the motions sent by the operator wearing motion sensors to the robot within milliseconds.

Mak added that they had performed road shows in different provinces, and almost every province has exhibited Roborn robots. “We are pushing forward the industrial application on 5G robotics on the mainland as they provide high efficiency and protect the safety of operators under high-risk environments,” he said.

Roborn, which was accustomed to buying US components and accessories, has evolved to “China made core components” by cooperating with Chinese suppliers on the production and engineering processes. The company needs to redo its reliability testing as the robots need to be customized to China’s standards.

Another Bay Area tech company, SenseTime — born in the multimedia laboratory of the Chinese University of Hong Kong and now valued at over US$4.5 billion — has been adhering to independent R&D in artificial intelligence, in hopes that the AI technology could empower as many as industries.

In May, the company announced its AI solutions across five industries in smart city, education, healthcare, retail and augmented reality such as upgraded facial recognition products, AI textbooks, and smart diagnosis and treatment platforms.

Shang Hailong, managing director of SenseTime Hong Kong, said that now is a great opportunity for the Bay Area to strive for the development of technology innovation as the central government has been fully supporting the Bay Area development.

Despite the economic situation worldwide and the trade tensions between the US and China, tech companies and startups should focus on independent R&D and the goal of “Created in China”, which has also proved to be absolutely right, Shang added.

He suggested the region further deepen the collaboration of enterprises, universities and research institutions to drive the innovation and technology companies forward and turn the crisis into opportunities.

According to the Guangdong government, six Hong Kong universities have already set up 72 R&D institutions in Shenzhen, where around 300 services and the results of innovation and technology have been transformed.

More than 18,900 high-tech enterprises have settled in the Bay Area, where the international patents applications accounted for more than 50 percent of the national total in 2018.

A blessing in disguise

George Leung Siu-kay, an adviser of the HSBC’s Asia-Pacific business, said on an HSBC forum that the US-China trade dispute could speed up the development of the Bay Area, as China will focus more on domestic consumption to drive the country’s economy and the region could be a strong momentum for the economic growth.

The Bay Area, consisting of nine cities of Guangdong province and the country’s two special administrative regions, has a combined population of over 69 million and a GDP of about US$1.5 trillion. Earlier in February, the development plan for the region was unveiled, aiming to leverage the collective strengths of the region through deepened cooperation. Part of the key focus is the innovation and technology.

Lennard Yong, CEO and managing director at service provider Tricor Group, said he believes the trade dispute will have the inadvertent effect of ensuring the Bay Area and the country to be more independent and self-reliant, which will further connect the cities within the Bay Area and decouple and reduce the reliance on traditional partners.

Having the edge of quality financial service, strong R&D and a free flow of information, Hong Kong has been actively facilitating the region’s industrial and technological cooperation as a “super connector”.

The Hong Kong Applied Science and Technology Research Institute (ASTRI), the largest government-funded applied R&D center, has transferred more than 800 technologies to local businesses, tech companies and the public sector in the past 20 years, and many of them have operations in the Bay Area.

“Innovation and technology development will allow Hong Kong to play a leading role in boosting the competitiveness and the economy of the Bay Area,” ASTRI CEO Hugh Chow said.

He said that the applied R&D will be a key tool to sustain international prominence. The Bay Area will also propel the region’s economic growth by bringing together innovative talents, technologies, partnerships and resources from the region and the world, Chow said.

The development plan for the Bay Area has well-positioned the region as an international innovation and technology hub with a joint effort where each city will leverage its advantages.

Guangdong’s GDP has led other provincial-level areas for 30 years with its solid foundation in manufacturing, foreign trade and electronic information industry.

Guangdong Governor Ma Xingrui said that in addition to the province’s foreign trade, which comprises a significant part of its economy, the innovation has also become a main driving force of  its development.

Ma said that Guangdong is making every effort to promote the construction of the International Science and Technology Innovation Center in the Bay Area, and to beef up its tax incentives for skilled Hong Kong and Macao engineers.