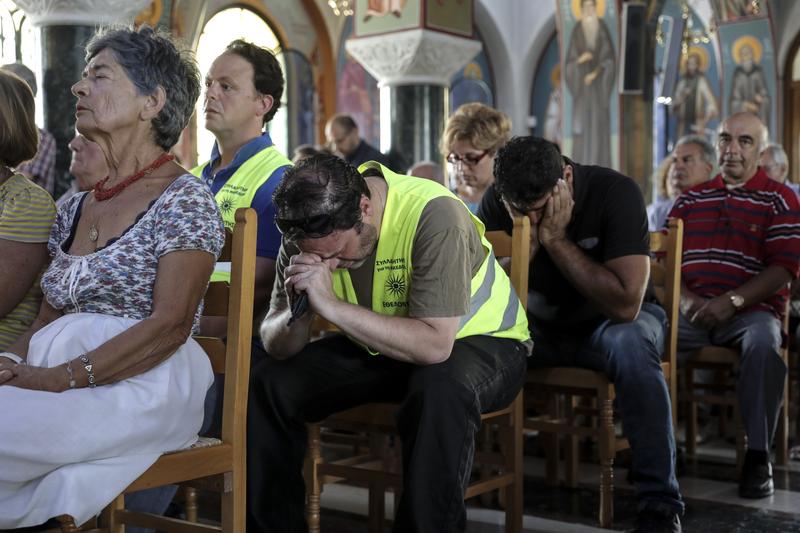 MATI, Greece — Fire officials in Greece raised the death toll from a wildfire that raged through a coastal area east of Athens to 91 and reported that 25 people were missing Sunday, six days after Europe's deadliest forest fire in more than a century.

Before the national fire service updated the official number of fatalities, it stood at 86 as hundreds of mourners attended a Sunday morning memorial service for the victims in the seaside village hardest-hit by the blaze.

The vast majority of victims died in the fire itself, though a number drowned in the sea while fleeing the flames

The fire sped flames through the village of Mati, a popular resort spot, without warning on July 23. A database maintained by the Centre for the Research on the Epidemiology of Disasters in Brussels shows it as the deadliest wildfire in Europe since 1900.

The vast majority of victims died in the fire itself, though a number drowned in the sea while fleeing the flames. Until Sunday night, Greek officials had not provided a tally of the people reported missing.

Hellenic Fire Service spokeswoman Stavroula Malliri provided a breakdown that illustrated why the death toll continued to expand and the list of people thought to be missing was difficult to draw up with precision.

Malliri said that as of Sunday evening, 59 victims had been identified from bodies or remains and another four people injured in the fire had died in area hospitals. But identities have not yet been linked to another 28 sets of remains, she said. 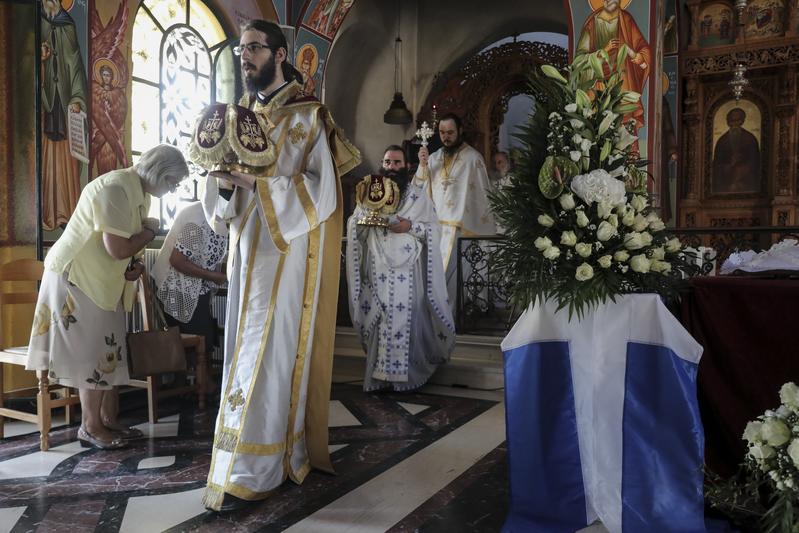 Greek Orthodox priests hold a memorial service for the victims of a forest fire, inside a church at Math village, east of Athens, July 29, 2018. (YORGOS KARAHALIS / AP)

A fire service official said some or all of the 25 missing people could be among the yet-unidentified remains of the dead. The official requested anonymity because the fire still is under investigation.

At the morning memorial service in Mati, the senior local Greek Orthodox Church official, Bishop Kyrillos, said the community was grieving the simultaneous loss of family, neighbors and friends.

"There's fewer of us now than usually," the bishop said. "It is the victims of the recent fire that are missing — friends, relatives and acquaintances, next-door people that we saw every day in town and on the beach."

Dozens of volunteer divers, some of them retired Navy Seals, ventured into the sea again Sunday to look for the bodies of more possible victims. The search was abandoned, without result, because of a sudden storm. 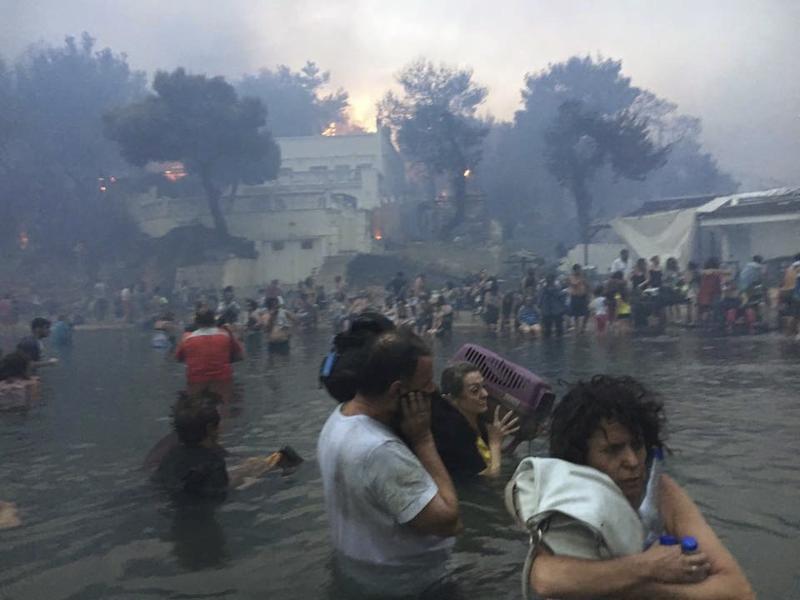 In this July 23, 2018 image from video provided by Elia Kallia, people escaping wildfires wade into the waters of the "Silver Coast" beach in Mati, Greece. (ELIA KALLIA VIA AP)

Greek authorities have said they have reason to believe the fire resulted from arson and turned so deadly because winds of up to 100 kilometers per hour buffeted the pine-forested seaside resorts at the time.

The Greek government also has come under criticism for how buildings and roads were laid out in the area and an alleged lack of adequate preparation for fire season. More than 2,000 homes were damaged in the fire and roughly a quarter will have to be demolished, Greek officials said Friday.

The Holy Synod made up of all Greek bishops said in a letter read out loud at Sunday's memorial service that everyone bears responsibility for protecting the environment from haphazard development.