US moves to block Russia's gas pipeline seen as motivated 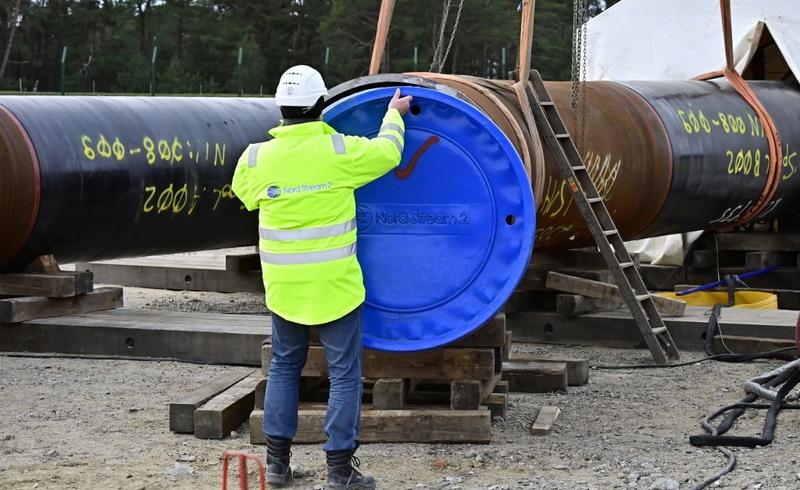 HOUSTON — The US Congress now is planning to introduce a new legislation to punish firms around the world that work on the Russia-led Nord Stream 2 pipeline, implementing a political strategy first outlined by US President Donald Trump last summer.

Although the United States has openly claimed its worries over the "energy security issues" brought by the pipeline project, which will be completed soon, analysts believed that it may have its own hidden agenda.

The Nord Stream 2 is an offshore natural gas pipeline project that transports natural gas from Russia to Germany via the Baltic Sea. It currently is owned and operated by Nord Stream AG, whose majority shareholder is Russia's state company Gazprom.

The new US legislation aims to severely sanction those involved in the new pipeline, suspending their banking services in the United States, halting the visas of their executives, among other punishments, while punishing "any entity" involved in providing pipe-laying services for Nord Stream 2, or any other Russian gas export pipeline.

These dramatic repercussions stem from the language of the bill sponsored by Senator Ted Cruz, Representative Adam Kinzinger and Senator Jean Shaheen. It is designed to halt the Russian pipeline project before its anticipated completion next year.

The bill is being considered now in the House Judiciary Committee and the Senate Foreign Relations Committee. It also has been read two times on the floor of the Senate by Cruz.

"The United States simply cannot allow Russia to dominate Europe's energy future," said Cruz. "I am working with colleagues here in the Senate and with the administration to impose sanctions to block the construction of Nord Stream 2. I urge Congress to expeditiously move forward to advance this critical bipartisan bill."

When finished, Nord Stream 2 can deliver 55 billion cubic meters of gas per year from Russia to Europe. The 1,230-km pipeline route, nearly 70 percent completed now, are being placed across the Baltic Sea, alongside Nord Stream 1 which became operational in 2011.

According to the US natural gas industry, during the second half of 2018, American Liquefied Natural Gas (LNG) exports to Europe climbed 181 percent. Like China, Europe is substituting natural gas for coal in power generation and factory operations.

Weinstein said that the development of new technologies in the United States has tremendously helped explorers and producers obtain natural gas from shale.

"Though (President Donald) Trump has pressured Europe to buy American gas for security reasons, market forces have been the biggest factor driving the five-fold increase in sales over the past year," said Weinstein.

Other factors to watch include Russia's energy dealings elsewhere, Tom Kool, operation chief from Oilprice.com, told Xinhua. The Russians are not complying with new OPEC production cuts to drive down world oil prices, and negating Trump's description that "Germany was captive" to Russia over energy as global prices are going lower.

Matthew Tyrmand, deputy director of American Transparency/Open the Books, a government watchdog non-profit, told Xinhua that if Russia had dominance over EU energy, Germany and Poland would be severely stressed. In 2017, Germany consumed 53 billion cubic meters of Russian gas, about 40 percent of its total consumption.

"This has major implications for energy security," Tyrmand said.

Next year, European production of LNG from Nord Stream 2 is supposed to come online, which would substantially increase global supply choices of the product. To counter the impact, US political players are moving sanctions on firms that collaborate with Russia on the pipeline project.

Some experts also noted that the sanctions, proposed by Cruz and Kinzinger would be counter-productive, could further damage US-European relations, and even hurt US own oil and gas industry.

"What's more, Nord Stream 2 is 70-percent complete, so US sanctions are unlikely to halt construction of the project," Weinstein was quoted as saying by The Detroit News, a leading US daily newspaper.