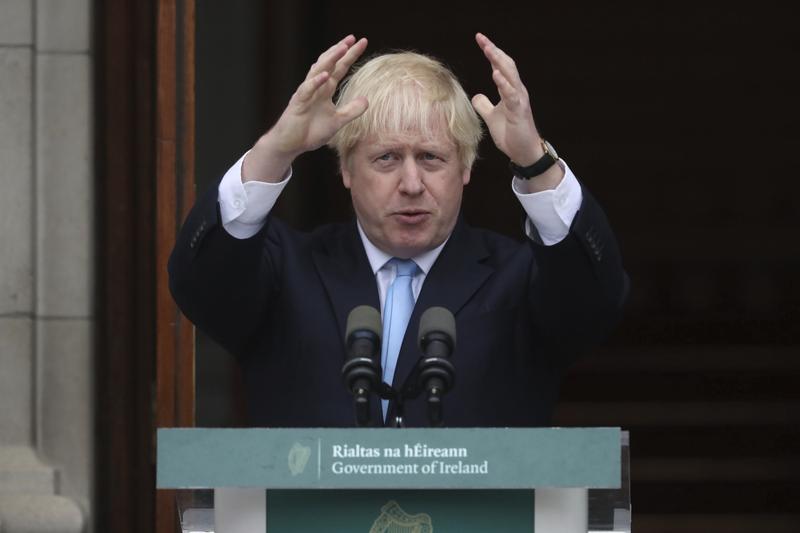 LONDON — Prime Minister Boris Johnson has succeeded in his plan to suspend Britain's rebellious Parliament for five weeks, but he has achieved little else in his first prolonged jousting with legislators determined to prevent a no-deal Brexit.

UK PM Boris Johnson says the country's delayed exit must happen at the end of October, with or without a divorce agreement to smooth the way

The simmering showdown between Johnson and Parliament over Brexit came to a head as lawmakers delivered three defeats to the government's plans for leaving the European Union, before being sent home early Tuesday for a contentious five-week suspension of the legislature.

In a session that ran well past midnight, Parliament ordered the government to release private communications about its Brexit plans and rejected Johnson's call for a snap election to break the political deadlock.

Parliament was then suspended — or prorogued — at the government's request until Oct 14, a drastic move that gives Johnson a respite from rebellious lawmakers as he plots his next move.

Opponents accuse him of trying to avoid democratic scrutiny. What is usually a solemn, formal prorogation ceremony erupted into raucous scenes as opposition lawmakers in the House of Commons chamber shouted "Shame on you" and held up signs reading "Silenced."

Commons Speaker John Bercow expressed his displeasure at Parliament's suspension, saying "this is not a standard or normal prorogation." 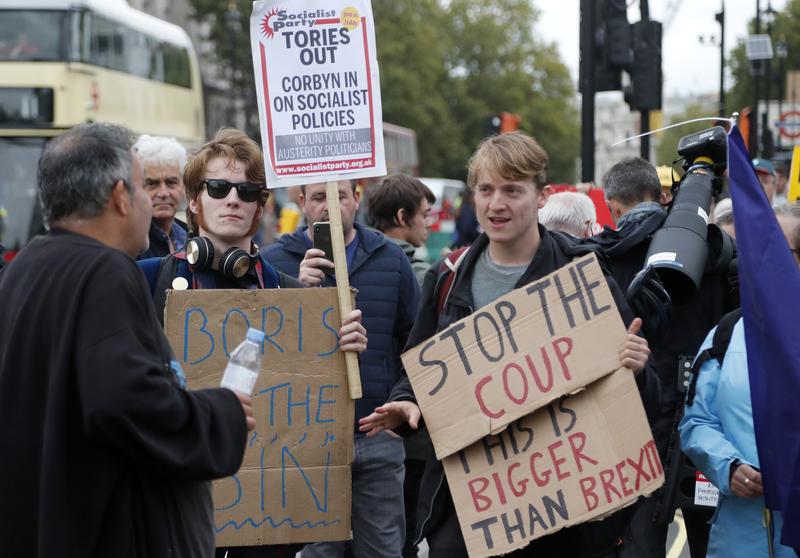 "It's one of the longest for decades and it represents an act of executive fiat," he said.

The prime minister has had a turbulent week since Parliament returned from its summer break on Sept 3. He kicked 21 lawmakers out of the Conservative group in Parliament after they sided with the opposition, and saw two ministers quit his government — one of them his own brother.

Parliament's suspension ended a day of blows to the embattled Johnson. First an opposition-backed measure designed to stop Britain from crashing out of the EU on Oct 31 without a divorce deal became law after receiving the formal assent of Queen Elizabeth II. The law compels the government to ask the EU for a three-month delay if no deal has been agreed by Oct 19.

Johnson says the country's delayed exit must happen at the end of October, with or without a divorce agreement to smooth the way. But many lawmakers fear a no-deal Brexit would be economically devastating, and are determined to stop him.

"I will not ask for another delay," Johnson said. But he has few easy ways out of it. His options — all of them extreme — include disobeying the law, which could land him in court or even prison, and resigning so that someone else would have to ask for a delay.

Legislators also demanded the government release, by Wednesday, emails and text messages among aides and officials relating to suspending Parliament and planning for Brexit amid allegations that the suspension is being used to circumvent democracy.

Under parliamentary rules, the government is obliged to release the documents.

In a statement, the government said it would "consider the implications of this vote and respond in due course."

Then, early Tuesday, lawmakers rebuffed, for a second time, Johnson's request for an early election, which he said was "the only way to break the deadlock in the House."

Opposition parties voted against the measure or abstained, denying Johnson the two-thirds majority he needed. They want to make sure a no-deal departure is blocked before agreeing to an election.

"We're eager for an election, but as keen as we are we, we are not prepared to inflict the disaster of a no deal on our communities, our jobs, our services, or indeed our rights," Labour Party leader Jeremy Corbyn said.

Johnson acknowledged Monday that a no-deal Brexit "would be a failure of statecraft" for which he would be partially to blame. 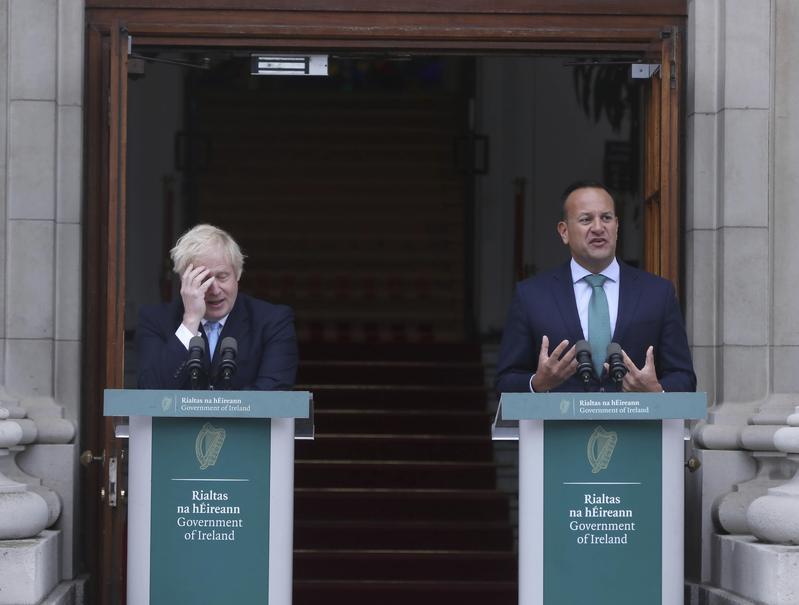 On a visit to Dublin, Johnson said he would "overwhelmingly prefer to find an agreement" and believed a deal could be struck by Oct 18, when leaders of all 28 EU countries hold a summit in Brussels.

The comments marked a change of tone, if not substance, for Johnson, who is accused by opponents of driving Britain at full-tilt toward a cliff-edge Brexit.

Meanwhile, Bercow, whose control of business in the House of Commons has made him a central player in the Brexit drama, announced he would step down after a decade in the job.

The colorful speaker, famous for his loud ties and even louder cries of "Order!" during raucous debates, told lawmakers he will quit the same day Britain is due to leave the EU, Oct 31.

Throughout the three years since Britain voted to leave the EU, Bercow has angered the Conservative government by repeatedly allowing lawmakers to seize control of Parliament's agenda to steer the course of Brexit.

He said he was simply fulfilling his role of being the "backbenchers' backstop" and letting Parliament have its say.

"Throughout my time as speaker, I have sought to increase the relative authority of this legislature, for which I will make absolutely no apology," he said.