Dortmund hopes for 'small miracle' to take title from Bayern

BERLIN - Despite needing a "small miracle" to win the Bundesliga title on the final day of the season, Borussia Dortmund already has its celebration party planned.

Bayern Munich, which leads Dortmund by two points and has a huge advantage on goal difference, is favored to win its record-extending seventh straight title on Saturday. But Dortmund hasn't given up hope.

I have the feeling we're on the verge of something great. I myself can't explain it

"I have the feeling we're on the verge of something great," Dortmund chief executive Hans Joachim Watzke said. "I myself can't explain it."

Bayern essentially needs only a point at home against Eintracht Frankfurt, which hasn't beaten the defending champions in 15 league games and has lost on its last nine visits to Munich. Dortmund, meanwhile, faces a tough game at Borussia Mönchengladbach at the same time.

"It's still possible. We want to achieve the small miracle," said Sebastian Kehl, a former Dortmund midfielder who is now a club official working closely with the players. "If there's a little wobble from Bayern we want to use it."

Plans for an open-top bus parade through Dortmund's streets on Sunday were made months in advance, when the team held a nine-point lead over Bayern.

"We look at the standings," said Oliver Nestler, the head of the city's fire department.

But Dortmund squandered its lead in consecutive draws against Frankfurt, Hoffenheim and Nuremberg in February before losing at Augsburg. A 5-0 win for Bayern in Munich underlined the difference between the teams last month, before Dortmund dropped more points at home against Schalke and then at Werder Bremen. 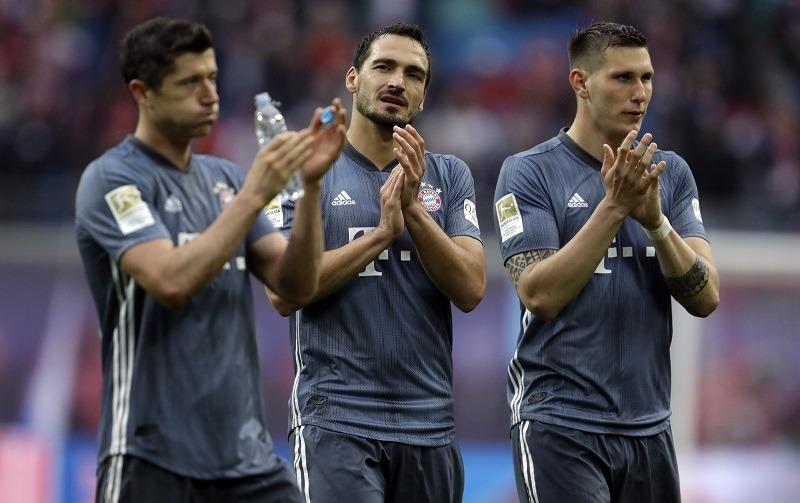 Bayern could have won the title last weekend but was held to a goalless draw at Leipzig. However, the team is determined the take the second of what coach Niko Kovac described as "two match balls" against Frankfurt, his former team, and bring what has been a testing season to a successful close.

"If we had this situation in winter, that we could seal it with a win at home against Frankfurt, we would have signed for it straight away," Bayern forward Thomas Müller said.

It should be straightforward. Frankfurt claimed the last of its three wins in Munich (from 47 visits) in November 2000. It avoided conceding only twice in those 47 games.

Frankfurt has conceded eight goals in its last two league games and is clearly feeling the effect from a long European season. The team pushed Chelsea hard before bowing out in the semifinals of the Europa League.

Frankfurt, which was fourth and in the last place for Champions League qualification, is now sixth and in danger of missing out on qualifying even for the Europa League.

"We only have ourselves to blame for this situation," said Frankfurt coach Adi Hütter, who took over from Kovac and was leading Frankfurt to its best ever league campaign. "We still have the chance to re-qualify. We have to take it." 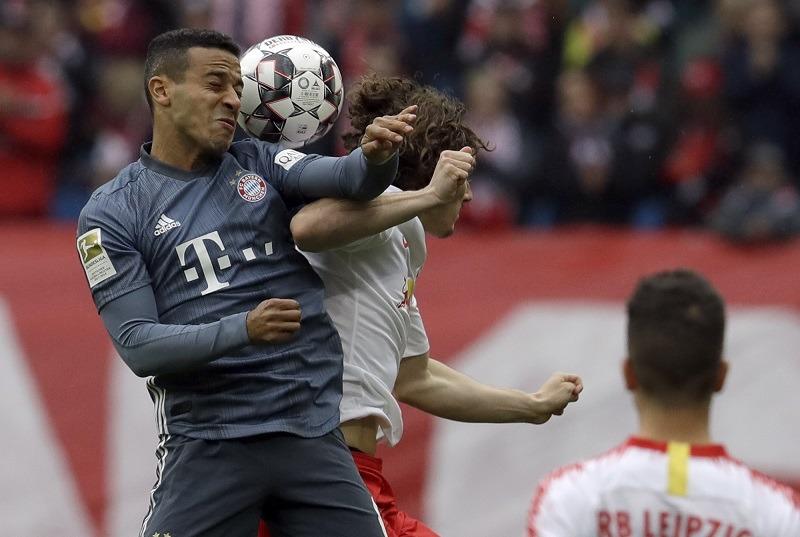 With favors from elsewhere and a win in Munich, Frankfurt could even reclaim fourth and earn its place in Europe's premier competition for the first time since 1960.

One omen gives Frankfurt - and Dortmund - hope: Bayern has never won the title at home since moving into its new stadium in 2005.

Cologne has already earned promotion back to the Bundesliga as second-division champion despite only one win from its last six games.

Either Paderborn or Union Berlin will join Cologne in the top division, replacing relegated Hannover and Nuremberg.

Paderborn, currently second, leads Union by a point ahead of its visit to Dynamo Dresden on Sunday. Union realistically needs a win at Bochum and a favor from Dresden at the same time to claim the automatic promotion spot.

Failing that - and barring an extraordinary 21-goal turnaround from fourth-place Hamburger SV - Union will face Stuttgart in a two-leg playoff to determine which team plays in the Bundesliga next season.