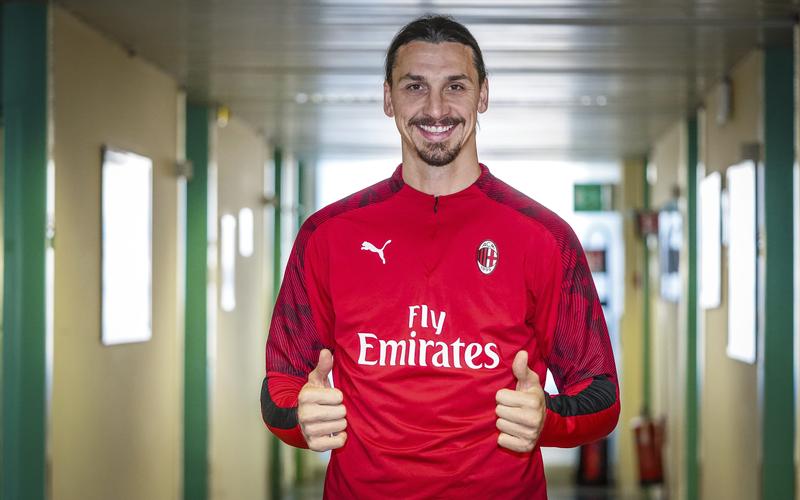 ROME — Swedish football star Zlatan Ibrahimovic landed in Milan on Thursday for his second spell at struggling Serie A side AC Milan.

This is a great team. I feel happy to be back at the San Siro. I'll do my best to help AC Milan to improve their current situation.

Following a medical, Ibrahimovic penned a contract until the end of the current season and joined his teammates for his first training session.

Returning to the club he left in 2012, the 38-year-old striker arrives at a team languishing in 11th place and still reeling from a 5-0 defeat to Atalanta, which was Milan's heaviest league defeat in 21 years.

"This is a great team. I feel happy to be back at the San Siro," Ibrahimovic told Milan TV. "I'll do my best to help AC Milan to improve their current situation."

Ibrahimovic has played for three different Italian clubs over his career. He first joined Juventus in 2004 and moved to Inter Milan in 2006. After a spell with Spanish side Barcelona, Ibrahimovic joined AC Milan in 2010 on loan before moving permanently a year later.

In his previous two-year spell with the Rossoneri, Ibrahimovic scored 56 goals in 85 appearances. He helped the club win the 2011 Serie A title and was the league's top scorer in 2012, with 28 goals.

AC Milan's first match after the season's winter break is against Sampdoria on January 6.