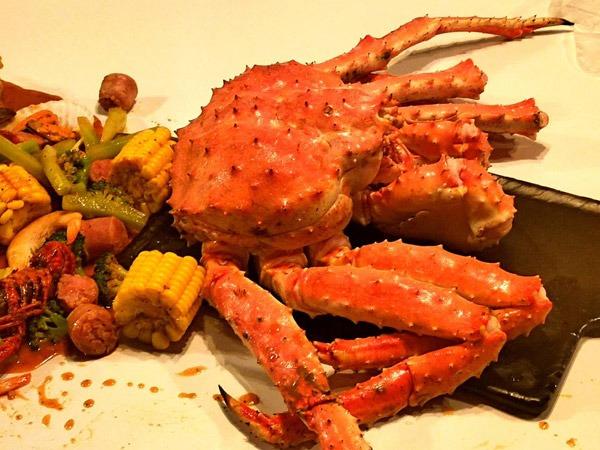 With China having already been Alaska's largest export destination since 2011, the governor of the northwestern US state wants seafood deliveries to China to triple "as soon as possible".

"We would love to triple our output. It would be one of our biggest goals in the years to come. I am not sure when it would be achieved, but I would like to have it happen as soon as we can," Bill Walker told China Daily in Shanghai, as he led the state's largest ever trade mission to China.

He is being joined on the 12-day trip by 50 representatives from 30 companies in Alaska, from sectors including fisheries, tourism and investment.

The US state's seafood industry exported US$800 million of produce to China in 2017, an increase of 27 percent year-on-year

The US state's seafood industry exported US$800 million of produce to China in 2017, an increase of 27 percent year-on-year.

"We thought this is the perfect timing because of the trade issues that are going on. We wanted to show the opportunities of increasing trade from Alaska to China," said Walker.

Last April, following the trip made by President Xi Jinping to Anchorage in Alaska, the state witnessed a growth in interest from Chinese tourists in the state's wildlife, glaciers and parks.

"We have never had problems with the marketing. We just need to get more (seafood) here. And that's what we are working on now," said Walker, whose delegation also met with representatives of China's e-commerce giants JD and Alibaba.

As the world's fifth-largest cargo hub, around 100 flights from Asia land every day in Alaska, which return "with basically not much in the plane", and Walker said he would like to "fill them up with Alaskan seafood".

By cutting the transportation time to seven hours by air, Walker expected that exports of the state's signature king crab, which local companies started to export to China live since last year, could enjoy significant growth.

Jeff Welbourn, senior director of Trident Seafoods Corp's China office, said his company, one of the largest seafood harvesters and processors in North America, is making its biggest investment since it was founded in 1973 in infrastructure, exclusively accommodating the Chinese market.

"China has ambitions to build world class cold-chain because of its demand for fresh produce. We have adapted to changing tastes and technology over 45 years. This is probably another opportunity for our company to adapt to the demands of a market that we believe is incredibly important for our future, which is China," said Welbourn.

China currently contributes to 15 percent of the revenue of the privately owned company. With the completion of the infrastructure built in Alaska, it is expected that Trident's market share in China could at least be doubled.

China now consumes 37 percent of the global production of seafood and aquatic products, which is seven times higher than the total consumption of the whole of North America, according to a report published in January by Rabobank. It is estimated that over the next decade, China will be responsible for more than half of the global seafood consumption growth.