American agricultural commodities bear the brunt of proposed tariffs, opening up the Chinese market for other countries 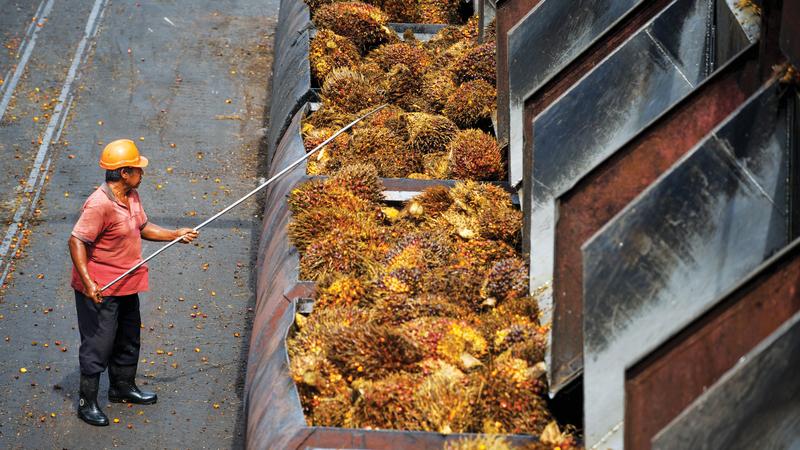 The ongoing trade dispute between China and the United States has had an impact on the global grains and oilseeds markets, with US grain farmers already feeling the pinch of a possible reduction in imports by China.

The trade retaliation measures against the US — and the possible decline in China’s import volume — has put pressure on US feed grain prices. China is the world’s biggest importer of sorghum and soybeans, and it sources more than 60 percent of feed grain from the US.

On April 18, China’s Ministry of Commerce announced it would impose a preliminary antidumping tariff of 178.6 percent on US sorghum. The ministry’s decision came a day after the US Department of Commerce banned American companies from selling components to Chinese telecom equipment maker ZTE.

The news had an immediate effect on US feed grain prices. Soybean futures traded on the Chicago Board of Trade (CBOT) dropped to 10.23 cents per bushel on April 6, or 2.5 percent lower than the previous week. The news continued to put pressure on the market, with Chicago soy futures trading at 10.27 cents on April 25.

Data from agriculture and commodities news service DTN also showed that US sorghum’s 60 cents per bushel premium over US corn was wiped out in April.

“It seems likely (that these measures) would reduce soybean and sorghum imports from the US,” Caroline Bain, chief commodities economist at London-based Capital Economics, told China Daily Asia Weekly.

Bain said a possible cut in Chinese soybean and sorghum imports from the US will continue to weigh on the prices of these two crops.

Li Qiang, chief analyst at private grains consulting firm Shanghai JC Intelligence (JCI), said if the US pushes through with the proposed 25 percent tariff hike on Chinese products, then China would be forced to slap a 25 percent import duty on US soybeans. This will adversely affect Chicago soy futures.

“The CBOT soybean prices will tumble immediately,” Li said, adding that China’s planned 178.6 percent tariff on sorghum would “totally shut the door for US sorghum to enter China”.

China imported 5.6 million tons of sorghum last year, with more than 80 percent sourced from the US, according to data by the US Grains Council and the US Department of Agriculture (USDA).

The possible loss of a huge client has dampened sentiment among US crop growers.

Paul Burke, regional director for North Asia at the US Soybean Export Council, said American soybean farmers still hope that the imposition of US and Chinese tariffs can be avoided.

“The US soybean industry has communicated this position to both the US and Chinese governments,” Burke said.

The US’ National Sorghum Producers, for its part, was disappointed with the ruling by China’s Ministry of Commerce. The Texas-based group insisted that its members did not dump sorghum in China.

“National Sorghum Producers, alongside our producers, stakeholders and partners, has cooperated fully with China’s antidumping and countervailing duty investigations, including submitting several thousand pages of data demonstrating conclusively that US sorghum is neither dumped nor causing any injury to China,” the organization said in a statement.

But while the US-China trade dispute may have dampened sentiment in the US feed grain market, it proved to be bullish for other grain and oilseed exporters.

One of the early gainers is Brazil which accounts for roughly 50 percent of China’s annual soybean imports. The UK-based market intelligence firm AgriCensus said premiums for Brazil’s soybeans rose to 70 cents shortly after China announced its tariffs on US soybeans.

“Premiums for Brazil’s soybeans (against US soybeans) could rise. Latin American producers definitely look set to gain as they can demand higher premiums over benchmark (CBOT soybean) prices,” said Bain from Capital Economics, alluding to other South American soybean exporters like Argentina.

JCI’s Li said Brazil can export as much as 70 million tons to China.

“China is seeking soybeans from other origins. And it is practical for exporters to ship US soybeans to Brazil and then ship to China, given that transportation cost is not very high from the US to Brazil,” he said.

“It should be good for Malaysian planters as (palm oil) demand from China will pick up due to more expensive soybean imports,” said Chong Hoe Leong, analyst at the Kuala Lumpur-based Public Investment Bank (PIB).

According to data from the USDA and the Malaysian Palm Oil Council, China imported 4.8 million tons of palm oil in 2017, nearly 40 percent of which came from Malaysia.

PIB said soybean oil accounted for 46 percent of China’s vegetable oil consumption while palm oil had a 13 percent share. China prefers soy oil over other edible oils as its livestock industry depends on soymeal — a by-product of soybean crushing.

Soy oil has always traded higher than palm oil, and PIB estimated that soy oil traded at an US$80 per ton premium over palm oil in March. But if the price spread widens, Chong said this might push China to import more palm oil.

“Palm oil and soybean oil are close substitutes to each other. If the palm oil demand picks up, it will reduce the current high inventory levels, which will subsequently strengthen the CPO (crude palm oil) prices,” he said.

Li said if China reduces US soybean imports owing to the tariff hike, “then palm oil could benefit, thanks to its price advantage over soy oil”. But he said that China would also consider other edible oils such as canola.