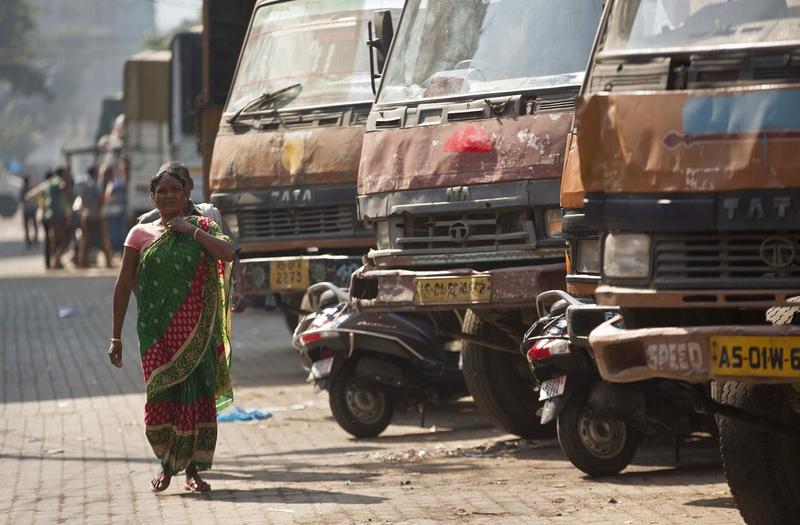 GAUHATI, India — India's lower house of Parliament approved a bill Tuesday that would grant residency and citizenship rights to non-Muslims who entered India illegally, allegedly after fleeing persecution in several neighboring nations, despite protests against the legislation in the populous northeast that brought the region to a near standstill.

The bill would grant rights to Hindus, Jains, Parsi and several other non-Muslim religious groups who migrated illegally from Bangladesh, Pakistan and Afghanistan

Home Minister Rajnath Singh of the ruling Bharitiya Janata Party denied that the Citizenship Amendment bill which he introduced was discriminatory. It would grant rights to Hindus, Jains, Parsi and several other non-Muslim religious groups who migrated illegally from Bangladesh, Pakistan and Afghanistan.

The bill would provide an exemption to these groups from an Indian law which prohibits naturalization for illegal immigrants.

The initiative is the latest in a BJP campaign led by Prime Minister Narendra Modi ahead of general elections set to take place early this year promoting India as a sanctuary for persecuted Hindus globally.

Protesters in Assam set up blockades with burning tires and vandalized two BJP offices, disrupting traffic and business from early in the morning to late afternoon.

ALSO READ: Indian or not? Muslims fret amid drive against illegal immigrants

Protest organizer Samujjal Bhattacharya, a leader of the All Assam Students Union, said the legislation would confer citizenship on the basis of religion, violating India's secular constitution. He also said that providing residency and citizenship rights to migrants from Bangladesh, with which Assam state shares a long open border, would threaten indigenous communities.

"Already, we have a whole lot of Muslim migrants from Bangladesh who entered Assam illegally over the years. Now, the government is trying to make a law seeking to confer citizenship to Hindus from Bangladesh. We want all illegal migrants to be detected and deported, irrespective of their religion," Bhattacharya said.

The issue of illegal immigration from Bangladesh has spurred periodic public uprisings in Assam since the Indian government granted rights to Bangladeshis who entered the country after winning independence from Pakistan in a 1971 war.

The bill is unlikely to pass the upper house of Parliament, which isn't controlled by the ruling party. However, if it isn't passed, the government could pass an ordinance that wouldn't require lawmakers' approval.

BJP's alliance partner in Assam, the Asom Gana Parishad or Assam People's Party, quit the coalition government on Tuesday to protest the bill.