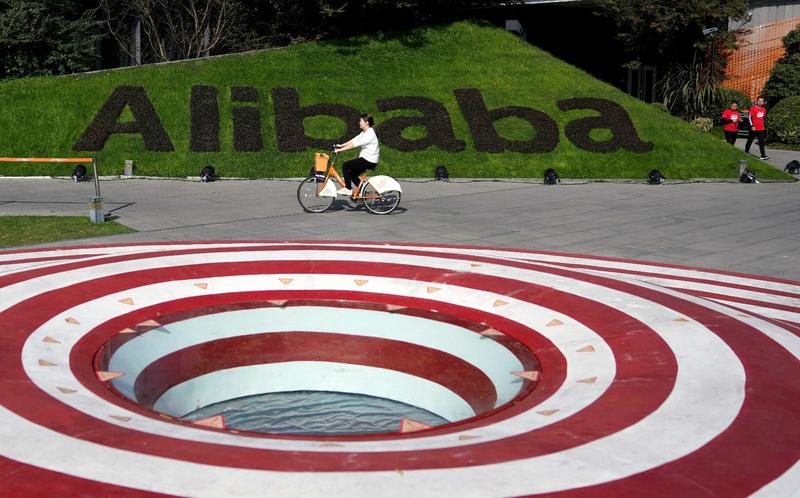 Chinese mainland e-commerce giant Alibaba Group Holding Ltd has got the go-ahead from the Hong Kong stock exchange for a secondary listing that could raise as much as US$15 billion, despite almost five months of violent protests in Hong Kong that have rocked the Asian financial center and weighed on investor sentiment.

With the gargantuan fundraising from Alibaba, the Hong Kong stock exchange may easily secure a place among the top three in the global IPO league this year

Such a move, in what could be the city's biggest listing for nine years, comes as a huge boost to the local bourse which had a tough time attracting mega deals this year. It could also stand as a well-timed confidence boost for Hong Kong.

Alibaba said in a statement on Wednesday evening that it plans to issue 500 million new ordinary shares.

Alibaba, which has already been listed on New York's Nasdaq for five years, started a weeklong investor roadshow on Wednesday. Pricing is expected to be confirmed on Nov 20 and share trading on the Hong Kong stock exchange is scheduled to begin in the week of Nov 25, according to reports by the South China Morning Post, the Hong Kong English-language newspaper owned by Alibaba.

As data from Refinitiv showed, the total value of first-time shares sales at the Hong Kong stock exchange since the middle of October is US$18.5 billion, next only to Nasdaq's US$23.3 billion and US$21.9 billion at the New York Stock Exchange.

With the gargantuan fundraising from Alibaba, the Hong Kong stock exchange may easily secure a place among the top three in the global IPO league this year, and even retain the much-coveted title as the world's leading venue for listings for two consecutive years at the last minute.

After several quiet months of the year, Hong Kong's IPO market made a huge comeback in September. Anheuser-Busch InBev NV's US$5.8 billion IPO of its Asian unit and US$1.6 billion float from ESR Cayman, the largest logistics real estate operator in the Asia-Pacific region and backed by private equity giant Warburg Pincus, helped revive the sentiment in the Asia's third-largest stock exchange by market capitalization.

Like Anheuser-Busch InBev NV and ESR Cayman, Alibaba planned to list in the summer but called it off due to the long-running local violent clashes and Sino-US trade tensions that soured market sentiment.

This time, it lowered the fundraising target from the initial US$20 billion and forged ahead with a share sale that would be the biggest since insurance giant AIA garnered US$20.5 billion back in 2010 and one of the largest floats worldwide this year, dwarfing the IPOs of Uber, Lyft and Pinterest combined.

The e-commerce giant looks to gain momentum from record-high sales on Singles Day, the biggest shopping day on the planet, when its platform sold goods worth US$38.4 billion, exceeding last year's record US$30.7 billion haul.

Hong Kong lost out to New York in 2014 when Alibaba opted for a mega US$25-billion IPO on Wall Street in the world's largest share sale due to the SAR's years-long ban on enterprises with different voting rights for shareholders from going public.

The ban was scrapped in April last year after the Hong Kong stock exchange launched its biggest listing reform in 25 years, a move thought to be aimed at paving the way for companies like Alibaba going public in Hong Kong.

At the time, Alibaba was valued at US$168 billion. It's now one of the largest listed mainland companies with a market value exceeding US$480 billion, up 175 percent from its IPO price at US$68.

"For people away from home, there'll come a day when they'll begin the journey home," HKEX Chief Executive Charles Li Xiaojia said earlier in May, adding that the flotation should "come as no surprise and is only a matter of time".