PHNOM PENH - China and Cambodia have vowed to promote their comprehensive strategic cooperative partnership in the new era, according to a joint communique released after Chinese Premier Li Keqiang concluded his visit to Cambodia on Thursday.

The two countries vowed to cement high-level exchanges and strategic communication and make full play of the role of China-Cambodia Inter-Governmental Coordination Committee to guide bilateral cooperation in various areas, said the communique.

The two sides decided to accelerate the effective alignment of the China-proposed Belt and Road Initiative and China's 13th Five-Year Plan with Cambodia's national development strategy and Industrial Development Policy (2015-2025), while promoting cooperation in production capacity and investment, said the communique.

The committees on economic and trade cooperation of the two governments should guide enterprises of the two countries to carry out long-term win-win cooperation in various forms, it said, adding that bilateral trade should be promoted to reach the goal of US$6 billion in 2020.

China will expand its imports from Cambodia, said the communique.

"China welcomes the Cambodian government and enterprises to participate in the first China International Import Expo," it said.

The expo will be held in November 2018 in Shanghai.

China will help Cambodia realize development in traffic engineering, hydraulic engineering, mine clearance, education and health, it said, adding that China will actively promote the construction of projects such as Cambodia-China Friendship Preah Kossamak Hospital and Tboung Khmum Provincial Hospital.

China will continue to build and operate the Sihanoukville Special Economic Zone (SSEZ) and actively participate in the construction of a high-speed way linking the Cambodian capital of Phnom Penh to Sihanoukville port and a new airport in Siem Reap, a popular resort town in northwestern Cambodia.

The SSEZ, jointly established by China and Cambodia in 2008, is the biggest special economic zone in Cambodia. It has attracted more than 100 companies from China and other countries and created nearly 20,000 jobs for the local community.

While meeting with  Cambodian Prime Minister Hun Sen, Li pledged to build a community of shared future with Cambodia that is of strategic significance.

China hopes to take the opportunity of the 60th anniversary of the establishment of the bilateral diplomatic ties this year to cement high-level contacts, substantial cooperation in various areas and cultural exchanges, he said.

The Chinese premier vowed to offer assistance for Cambodia's economic development as well as improvement of people's livelihood and to jointly build a community of shared future that is of strategic significance.

China expects to align its development strategy with Cambodia, and take the opportunity of the Belt and Road Initiative to facilitate bilateral capacity and investment cooperation, he said.

China is willing to continue to provide assistance for Cambodia to the best of its ability, Li said when meeting with Cambodian King Norodom Sihamoni. 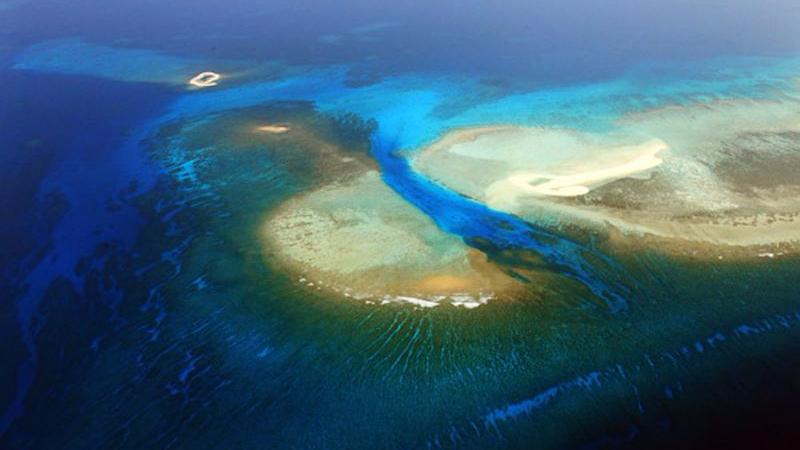 This photo shows the bird's eye view of China's Xisha Islands, South China Sea, June 1, 2011. China and Cambodia on Jan 11, 2018 jointly called on related parties to adopt the Code of Conduct (COC) at an early date in South China Sea to make it a sea of peace, friendship and cooperation. (PHOTO / XINHUA)

China and Cambodia on Thursday jointly called on related parties to adopt at an early date the Code of Conduct (COC) in the South China Sea to make it a sea of peace, friendship and cooperation.

The two sides issued the call in a joint communique issued after Premier Li concluded an official visit to Cambodia.

Both countries are delighted to see that the situation in the South China Sea remains steady and continues to improve, said the communique.

It urged related parties to comprehensively and effectively implement the Declaration on the Conduct (DOC) of Parties in the South China Sea, deepen pragmatic maritime cooperation, promote consultations on the texts of the COC in the South China Sea in an effort to adopt the document at an early date based on negotiated consensus.

The DOC, signed here in 2002 by China and the Association of Southeast Asian Nations member states, stipulates that the parties concerned shall resolve their territorial and jurisdictional disputes by peaceful means, friendly consultations and negotiations by sovereign states directly concerned.