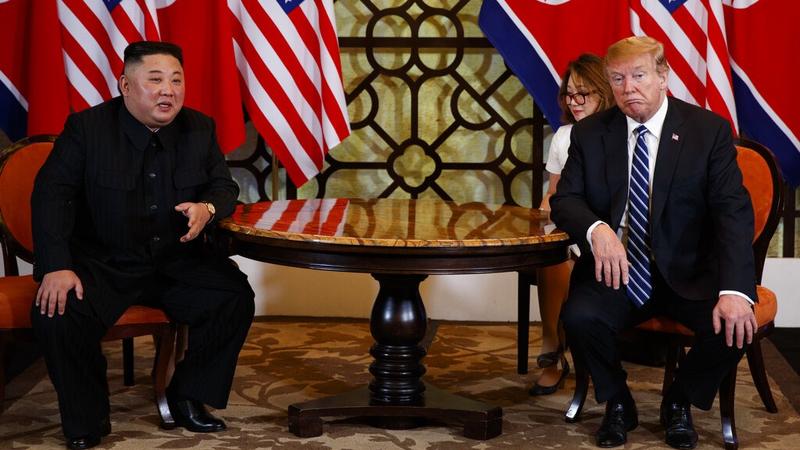 WASHINGTON/PYONGYANG — US President Donald Trump on Monday denied discussing the issue of joint military exercises between the US and the Republic of Korea (ROK) with Kim Jong-un, top leader of the Democratic People's Republic of Korea (DPRK), during the Hanoi summit.

Trump tweeted that he never talked about this issue with Kim during their recent summit, adding that he had decided to downgrade those exercises long ago because of the tremendous cost that cannot be reimbursed.

"The reason I do not want military drills with South Korea is to save hundreds of millions of dollars for the U.S. for which we are not reimbursed," Trump said in a previous tweet on Sunday. "Also, reducing tensions with North Korea at this time is a good thing!"

About 28,500 US troops are stationed in the ROK, vestigial of the 1950-53 Korean War that ended with an armistice.

The Pentagon on Saturday announced in a statement that Washington and Seoul had decided to "conclude" the Key Resolve and Foal Eagle series of military exercises, which Pyongyang has denounced as a dress rehearsal for northward invasion.

The United States and the ROK will maintain military readiness through newly designed Command Post exercises and revised field training programs, according to the statement.

The adaption of the joint training program reflected "our desire to reduce tension and support our diplomatic efforts to achieve complete denuclearization of the Korean Peninsula in a final, fully verified manner," according to the statement.

The move came right after Trump's second meeting with Kim, held in the Vietnamese capital Hanoi on Feb 27-28, without reaching an agreement.

Nevertheless, the White House said the two leaders had "very good and constructive meetings" and discussed various ways to "advance denuclearization and economic driven concepts." Both sides also expressed willingness to continue the peace process on the Peninsula.

During his visit to Vietnam, Kim also met with Vietnamese President Nguyen Phu Trong and Prime Minister Nguyen Xuan Phuc. The two sides discussed on further developing the friendly and cooperative relations between the two parties and the two countries, according to the KCNA.

Senior officials of the Workers' Party of Korea (WPK), the government and the armed forces attended a greeting ceremony at the Pyongyang railway station, the report read.