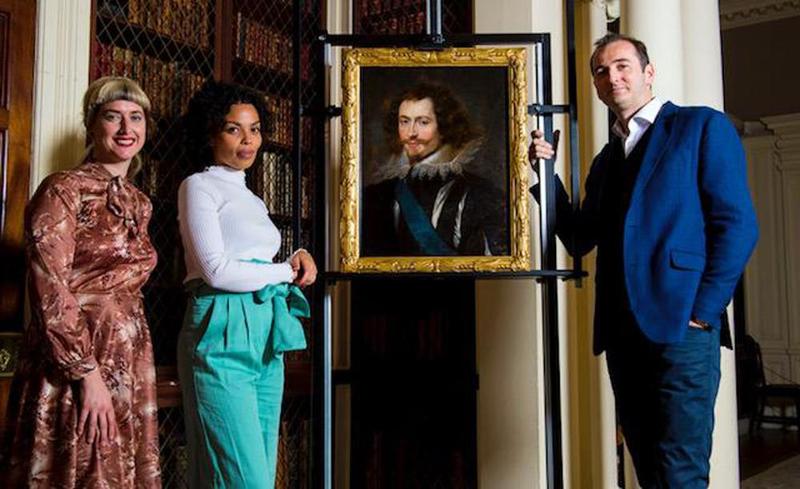 This photograph obtained from the official Instagram account of Glasgow Museums shows a portrait of George Villiers, first Duke of Buckingham, by baroque painter Sir Peter Paul Rubens. The 17th century painting was believed to have been a copy of the lost original and exhibited as part of a show at Pollock House in Glasgow. (@GLASGOW MUSEUM / INSTGRAM)

LONDON - A painting lost for 400 years by one of the world's greatest artists has been discovered in a Scottish country house where it had been exhibited as a copy.

Art historians have concluded that the painting on show at Pollock House in Glasgow was an original panting by one of history's most influential painters, the Flemish artist Sir Peter Paul Rubens (1577 -1640).

Before conservation and reassessment, it was thought to be a copy of the lost original. The portrait is to go on display at Kelvingrove Art Gallery and Museum in Glasgow from Thursday. 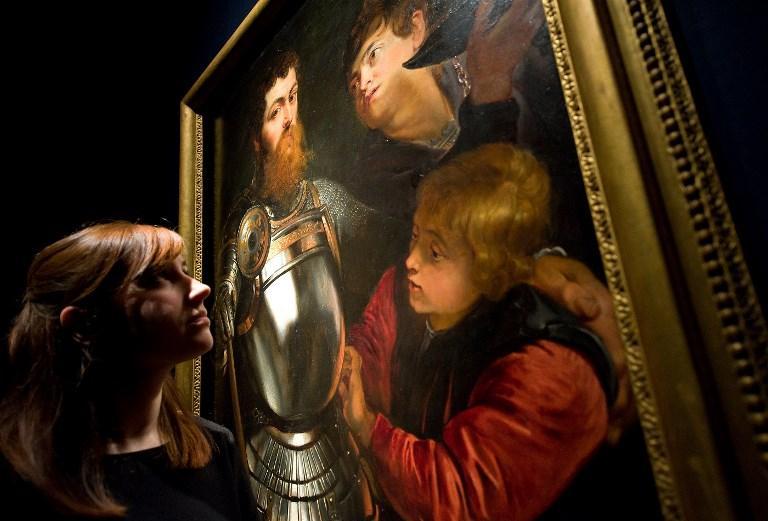 The painting was identified by art historian Dr. Bendor Grosvenor while working with historian Emma Dabiri for a new television series of Britain's Lost Masterpieces. The first episode, featuring the rare 17th century Rubens portrait of the Duke of Buckingham, George Villiers, will be aired Wednesday on BBC Four.

Conservation work carried out by the restorer Simon Gillespie removed layers of dirt and overpaint that had concealed many of Rubens' trademark techniques. 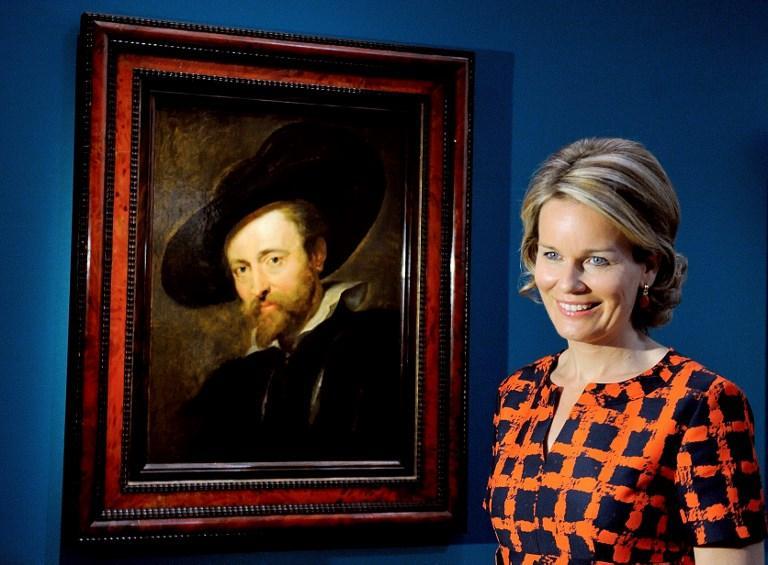 Belgian Queen Mathilde poses on September 13, 2013 in front a self-portrait of Paul Rubens during a visit of "The Europe of Rubens" exhibition at the Louvre-Lens museum in Lens. (PHILIPPE HUGUEN / AFP)

Now returned to its original state, the portrait underwent reassessment, and the revised attribution to Rubens was confirmed by the director of the Rubenshuis Museum in Antwerp, Ben van Beneden.

Chair of Glasgow Life, David McDonald, said: "Unsurprisingly we are beyond delighted to discover the painting is by Rubens, an artist renowned globally as one of the most important painters in history." 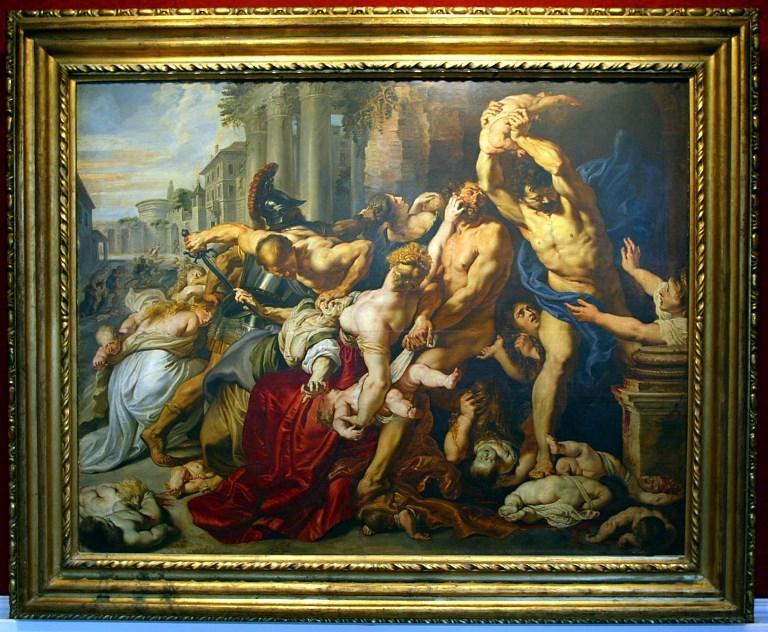 The painting "The Massacre of the Innocents" by Sir Peter Paul Rubens (1577-1640) hangs at Sotheby's in London, 28 February 2002. The unknown early work by Rubens painted between 1609 and 1611, is one of the most significant Old Masters picture discoveries to be offered at auction for decades and the greatest Rubens to come to the market for more than 20 years. (ODD ANDERSEN / AFP)

"We are excited to give as many people as possible the opportunity to see Rubens' masterpiece in person. George Villiers, First Duke of Buckingham is sure to become one of the undoubted highlights of any visit to Kelvingrove."

Grosvenor commented: "The chance to discover a portrait of such a pivotal figure in British history by one of the greatest artists who ever lived has been thrillingly exciting." 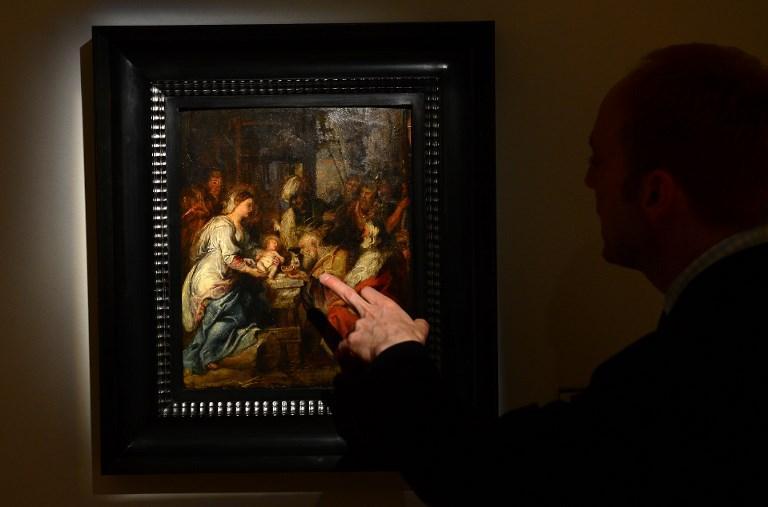 Rubens is thought to have painted the portrait in about 1625, during the reign of James I, but had been regarded as lost by art historians for almost 400 years. The rediscovered portrait is only the second by Rubens to be held in a public collection in Scotland. 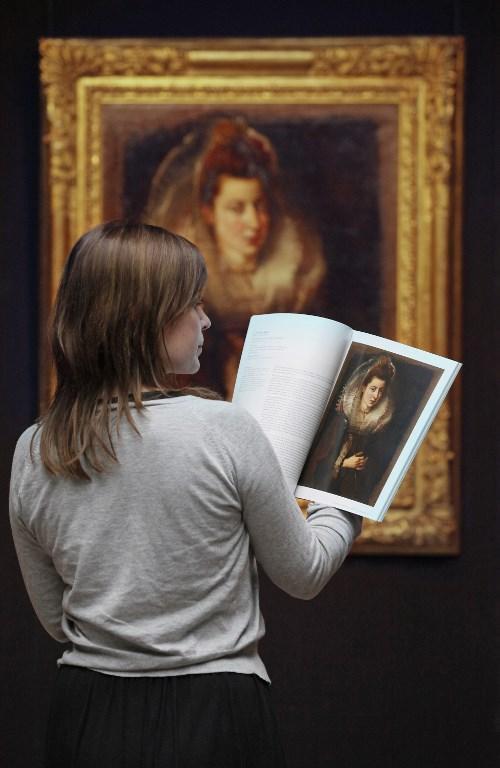 A Sotheby's employee poses with a 'portrait of a young woman holding a chain' by Dutch artist Sir Peter Paul Rubens at Sotheby's auction house in central London, on December 3, 2009. The portrait of a young Spanish woman was painted in the early years of the artist's Italian period and is expected to reach between GBP 4-6 m (dollars 6.7-10m or euros 4.4-6.6m) when it is auctioned at the Sotheby's Evening Sale of Old Master and British Paintings on December 9. (PHOTO / AFP)