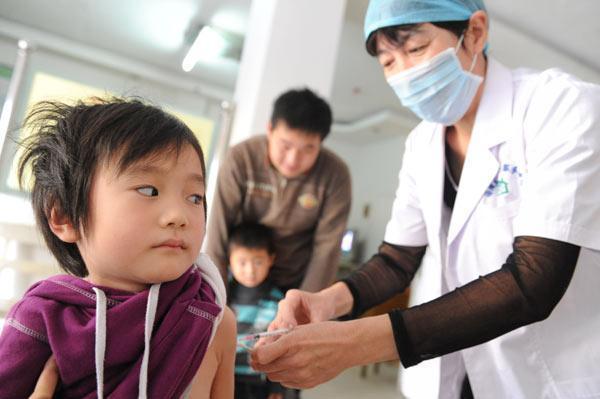 China's drug regulator said on Sunday that it has ordered Changchun Changsheng Life Sciences Limited to stop production and launched an investigation into the company over illegal production of rabies vaccines for human use.

The State Council should immediately send a group to investigate to uncover the truth as soon as possible, and any wrongdoing will be severely punished regardless of who is involved, Premier Li said.

An official with China Food and Drug Administration (CFDA) said it found that the company had fabricated production records and product inspection records, arbitrarily changed process parameters and equipment during its production of freeze-dried human rabies vaccines.
The CFDA had revoked the company's drug GMP certificate following its serious violations of relevant law and regulations, and demanded a recall of unused vaccines, according to the official.
The administration and the food and drug bureau of northeast China's Jilin province have launched an investigation into the company and those criminal suspects would be transfered to the public security department, said the official.
The CFDA and Jilin provincial food and drug bureau launched an unannounced inspection of the company on July 5 upon tip-off. On July 15, CFDA made an announcement on the company's illegal production of freeze-dried human rabies vaccines after a comprehensive investigation on the same day.
The administration has launched further tests on samples kept by the company to ascertain the effectiveness of its vaccines.
All vaccines shall be subject to safety checks and a certain proportion of them shall undergo examinations on their effectiveness by the National Institutes for Food and Drug Control before going on sale.
In October 2017, a batch of DPT vaccine produced by the company were found to be defective and the production of the vaccine was suspended since then.
The CFDA official said that all vaccine producers in China would be subject to unannounced inspection and any violations of law and regulations would be dealt with seriously.
China's rabies incidence rate has dropped gradually in recent years, data from the Chinese Center for Disease Control and Prevention showed.