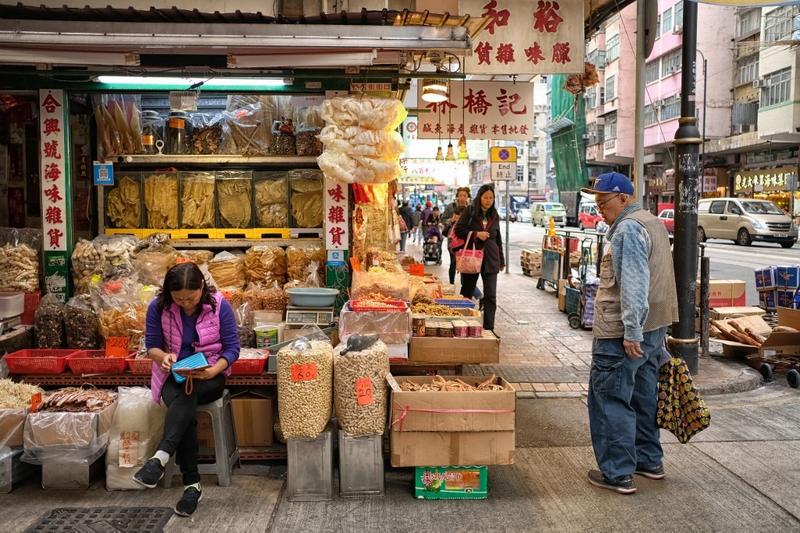 An elderly man looks at a shop as a vendor waits for customers in Hong Kong on Dec 6, 2019. (NOEMI CASSANELLI / AFP)

Hong Kong’s unemployment rate rose to the highest level since 2017 in November, as months of protests stemming from the extradition bill incident continued to damage the Asian financial hub’s economy.

The overall unemployment rate rose to 3.2 percent as of the end of November, the Hong Kong government said in a release Tuesday.

The food and beverage sector saw joblessness rise to 6.2 percent, the highest in more than eight years

The jobless rate in the consumption and tourism-related sector, which includes retail, accommodations and food services, rose to a three-year high of 5.2 percent in the September-to-November period.

The food and beverage sector, meanwhile, saw joblessness rise to 6.2 percent, the highest in more than eight years.

"The labor market will be under even more pressure in the near term if the overall economy continues to weaken. The government will monitor the developments closely," he said.

Efforts will be taken to help improve the job market. According to Law, the Labour Department would assist young people in entering the labor market by enhancing the Youth Employment and Training Programme.

The enhancement measures include increasing the quota under "Career Kick-start" and the subsidy payable to participating non-governmental organizations, collaborating with employers in organizing thematic job fairs, among others.