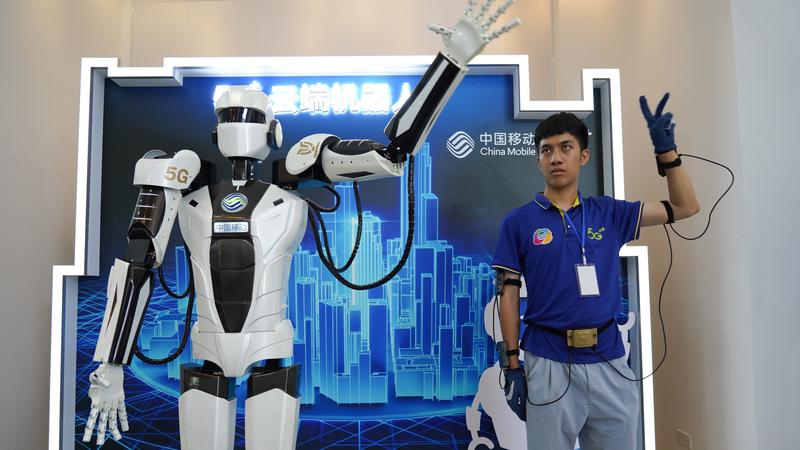 China will step up efforts to achieve breakthroughs in crucial robotics technologies and promote the use of industrial and service robots in plants and daily lives, the country's top industry regulator said on Tuesday.

Miao Wei, minister of industry and information technology, said the global robotics sector has seen slower growth this year due to the complex international environment.

But as an important application of the new-round of technological revolution and its integration with manufacturing, robots remain the key driver for high-quality development

"But as an important application of the new-round of technological revolution and its integration with manufacturing, robots remain the key driver for high-quality development. The sector will also achieve fast development in the future with expanding application scenarios and quick technological improvements," Miao added.

According to him, China will continue supporting the development of robotics and welcomes all players to share the future growth opportunities.

China has been the world's largest market for industrial robots for years. In 2018, over 148,000 industrial robots were produced in China, accounting for 38 percent of the global production volume, data from the ministry show.

But the production volumes are currently declining. In June, about 13,700 industrial robots were produced, marking a plummet of 11 percent year-on-year.

China's automotive market has seen a decline in sales this year.

"But as robots become increasingly smart with the help of artificial intelligence, the market for service robots will grow exponentially. The demand for companion robots and healthcare robots will be huge in the future, given China's growing pool of senior citizens," Ren said. According to him, robots will also see wider application in sectors featuring non-standard products.

The market size of China's robotics sector is expected to hit US$8.68 billion this year, It will mark an average annual growth rate of 20.9 percent from 2014 to 2019, the Chinese Institute of Electronics forecast in a report.