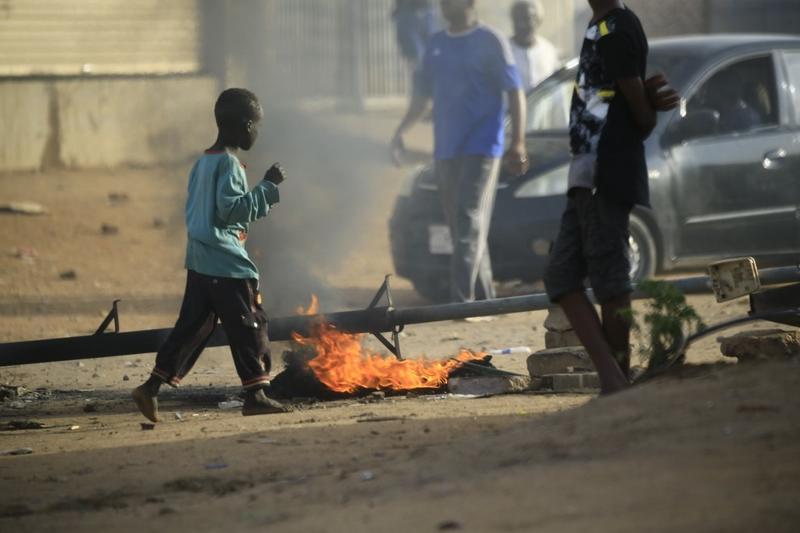 Locals set tires on fire and block a side street leading to their neighborhood in the Sudanese capital Khartoum to stop military vehicles from driving through the area on June 4, 2019. (AFP)

KHARTOUM - Sudan's military ruler on Wednesday offered to resume a dialogue on a transition to democracy, one day after he scrapped all agreements with an opposition alliance.

We in the military council, extend our hands to negotiations without shackles except the interests of the homeland

The offer by the head of Sudan's ruling military council, Lieutenant General Abdel Fattah al-Burhan, came as the number of people killed since security forces stormed a protest camp in Khartoum on Monday rose to 60, according to a medical group linked to the opposition.

In a message for the Muslim Eid al-Fitr broadcast on state television, Burhan paid homage to the uprising that began in December and culminated with the military overthrow and arrest of President Omar al-Bashir in April. He was still ready to hand over power to an elected government, he said.

"We in the military council, extend our hands to negotiations without shackles except the interests of the homeland," Burhan said.

Burhan had previously announced he was skipping any negotiations with protest groups and said he would organize elections within nine months.

His decision came after security forces stormed a protest camp site outside the Defence Ministry in central Khartoum in an operation that resulted in the death of at least 35 people, according to the doctors' group.

The association said more people had been killed since then throughout Khartoum and its twin city of Omdruman.