Russia toughens its stance in islands dispute with Japan 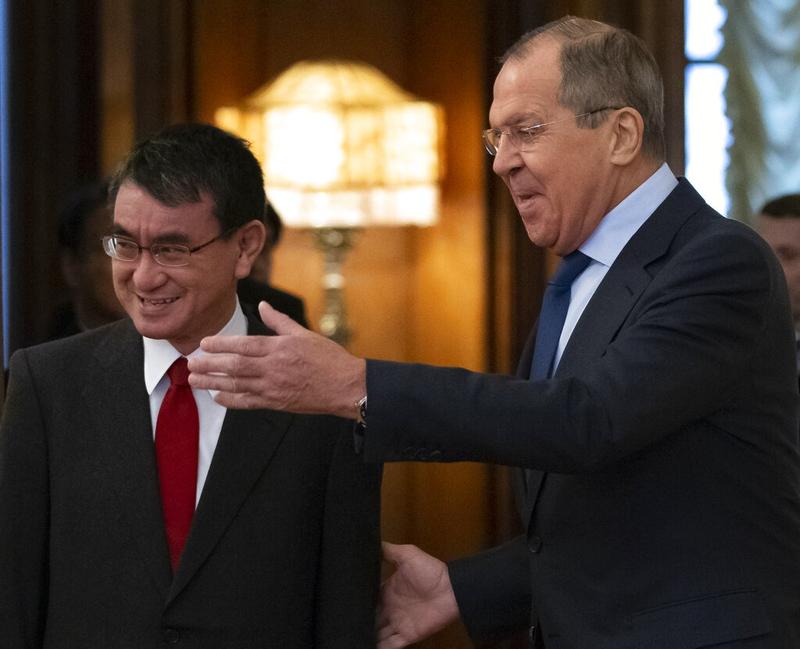 MOSCOW — Russia's top diplomat on Monday threw cold water on Tokyo's hopes for a quick return of disputed islands in the Pacific, warning Japan that it must recognize them as part of Russia's territory as a starting point for talks.

The stern statement from Foreign Minister Sergey Lavrov, which followed the talks with his Japanese counterpart Taro Kono, appeared to reflect Moscow's efforts to temper Japanese expectations of an imminent deal.

Russia's sovereignty over the islands isn't subject to discussion. They are part of the territory of the Russian Federation.

It sets a tough stage for Japanese Prime Minister Shinzo Abe's trip to Moscow for talks with Russian President Vladimir Putin later this month. Abe has recently voiced hope that this year will mark a breakthrough in solving the territorial dispute and spoke about an imminent change in the islands' status — remarks that angered Moscow.

"Russia's sovereignty over the islands isn't subject to discussion. They are part of the territory of the Russian Federation," Lavrov told reporters, noting that the UN Charter supports Moscow's ownership of them.

Speaking at the start of the talks, Kono emphasized that the two countries need to solve the territorial problem to set stage for expanding their economic and other ties.

But reflecting sharp differences at the talks, the Japanese delegation has scheduled a separate briefing later in the day.

The Soviet Union took the four southernmost Kuril Islands during the final days of World War II. Japan asserts territorial rights to the islands, which it calls the Northern Territories, and the dispute has kept both countries from signing a peace treaty. 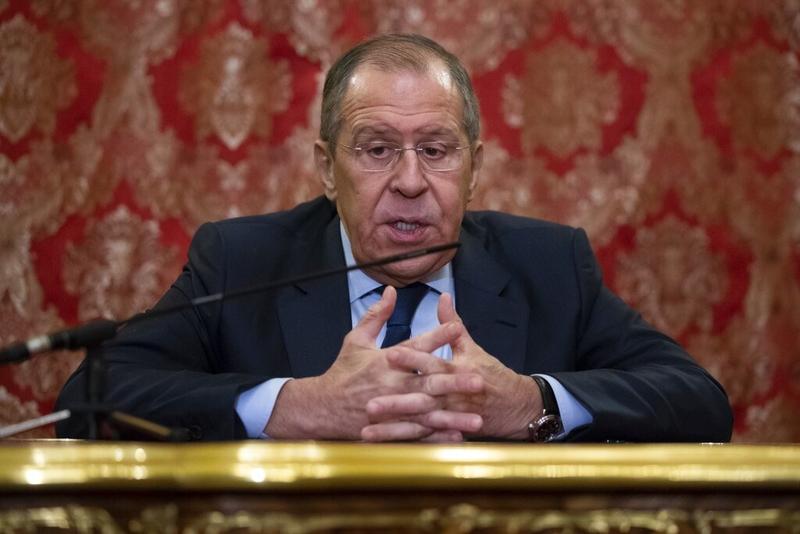 Abe's optimism had raised concerns in Russian nationalist circles and fueled criticism of the Kremlin. In an apparent attempt to contain the damage, the Russian Foreign Ministry summoned the Japanese ambassador to warn Tokyo not to "artificially incite the atmosphere regarding the peace treaty problem and try to enforce its own scenario of settling the issue."

Lavrov struck a similar chord as he sat down for talks Monday with Kono, saying that "once again, I would like to ask our Japanese colleagues to strictly follow agreements by our leaders, both regarding the format of talks and, naturally, the substance of work on peace treaty."

Speaking after the talks, he said Moscow saw recent statements from Abe as unacceptable.

"We wondered whether Japan could be independent given such reliance on the US, and we were told that Japan would act proceeding from its national interests," Lavrov said. "We would like to hope it will indeed be so."

He noted that the Soviet Union had proposed returning the two islands to Japan before Tokyo struck a military alliance with the US in 1960, and the American military presence in Japan has changed the situation.

Lavrov noted that Russia is concerned about the US military buildup in the region, including the deployment of US missile defense components that he said create security risks for Russia and China.

On a positive note, he added that Russia and Japan agree on the need to improve ties, but emphasized that "major differences have remained."