Views of the grassland

TV series set to be aired from August will shed light on the many changes in the lives of people in Inner Mongolia, Yang Yang reports. 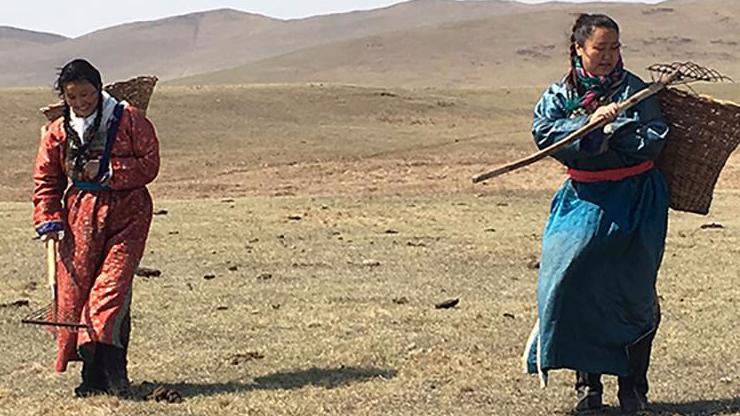 "Maybe I'm no better than other directors in many ways, but I was born and raised in a herders' family, and as a herder, I know how to deal with animals in the Mongolian grasslands, and that is very important in this series," says Bayaneruul, director of In the Steppes, a 20-episode TV drama in Mongolian, which goes on air in August.

The drama, which tells the story of the changes in the lives of herders in the Inner Mongolia autonomous region over the last 70 years, will be broadcast to mark the 70th anniversary of the founding of the autonomous region.

Bayaneruul, 55, is an award-winning actor and director. His performance was well received in the movie The Sorrow of Brook Steppe in 1996. He is especially popular for his anti-hero roles in costume, martial arts dramas such as Demi-Gods and Semi-Devils and Return of the Condor Heroes.

His directorial ventures Sichenghangru (2009) and Norjmaa (2014) won awards at home and abroad.

The production crew and cast of In the Steppes are mainly composed of people of Mongol ethnicity. All the actors and actresses grew up in the steppes and know how to raise sheep, horses, camels, goats and cattle.

"We treat animals as family members," Bayaneruul says. "We will be mocked if we are not professional enough."

Bayaneruul will focus on the changes in the past four decades starting from the time of China's reform and opening-up in the late 1970s.

In the '80s, herders in Inner Mongolia lived a nomadic life in yurts, but gradually settled down and today live in brick houses. 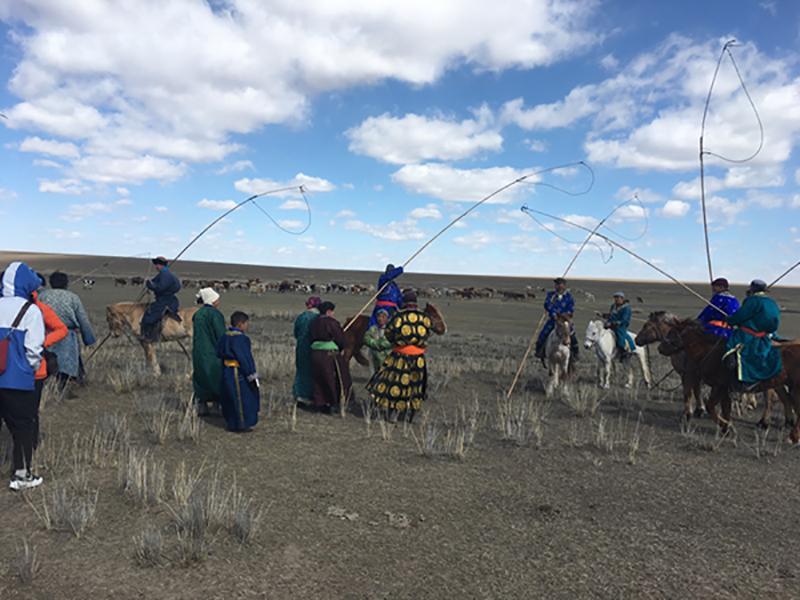 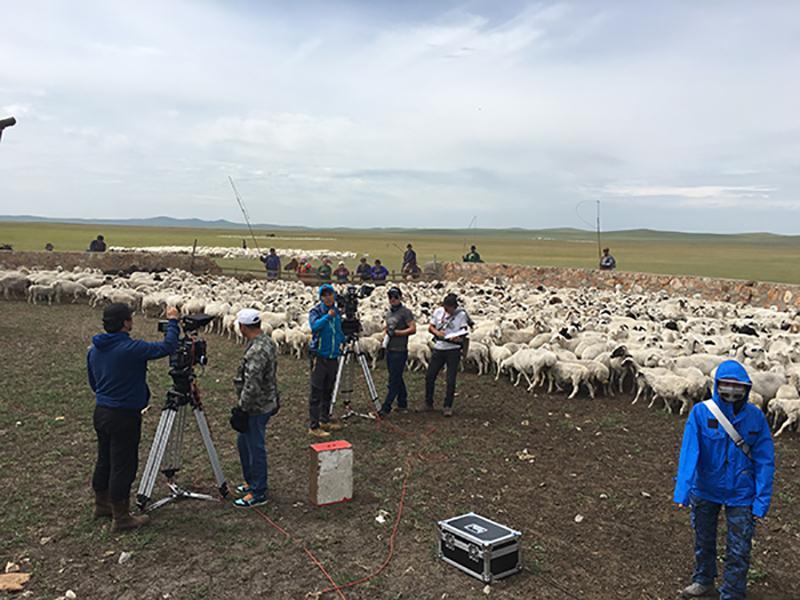 The TV drama In the Steppes reveals how the traditional nomadic lifestyle gets along with modernization. (Photo provided to China Daily)

"We want to present the life that really exists, to show how harmoniously our traditional nomadic life got along with modernization," he says, "and to show people's lives, especially of the women there."

"Filming is an art form to represent truth, goodness and beauty. All of my works are trying to achieve this goal."

Bayaneruul started to shoot the series in July and expects to finish by May 15. It will show the beautiful scenery in the Inner Mongolian grasslands through the four seasons, and will include views of hardships such as living under 40 C in summer.

The director says he used to wake up at 4 am to start shooting an hour later but had to stop filming at 11 am because it would get too hot.

In winter, the temperature can drop to -40 C and thick snow can reduce visibility to the point that even two people standing close to one another might not be able to see each other. In worse situations, when the wind is fierce, the herders may lose sight of their sheep.

Since shooting needed to be done just over a few months and the animals couldn't be expected to follow human instructions, Bayaneruul says he adopted a documentary style to shoot the TV drama. All the shots related to animals are real footage to be edited later.

"I regard it a responsibility to present the real life in our steppes. Back in the '80s, the herders had only a few kinds of animals, but now they have many. And the life and folk customs across the steppes vary. Funerals in different districts are different from each other. So if we make mistakes in such details, it will be a scandal," he says. 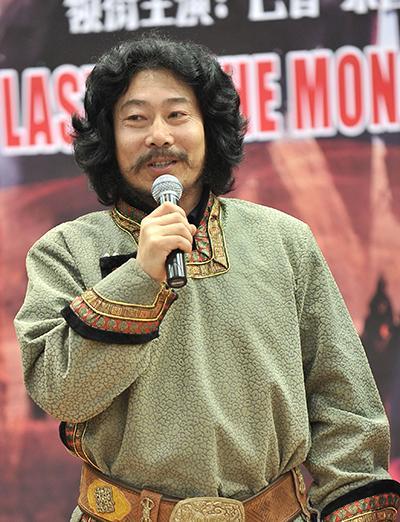 Bayaneruul, director of In the Steppes. (Photo provided to China Daily)

Another problem is the setting. In the 1980s, people lived in yurts, then they settled down living in mud houses, and later concrete houses.

"But now you cannot find a mud house anywhere and we had no time to build one, so we had to reduce shootings related to such buildings."

Bayaneruul says the challenges he faced has turned his hair gray. He slept for only two hours a day while shooting.

The director was born in Erdos, and his family used to live a nomadic life. Eventually, he went to high school in a city, but during his holidays he would return to the grasslands to look after the animals. He fell in love with films in his young days after watching them at an open-air theater in Erdos during the summer.

After high school he went to Shanghai Theater Academy to study theater and performance. In 1999, he completed his studies in film direction from Beijing Film Academy.