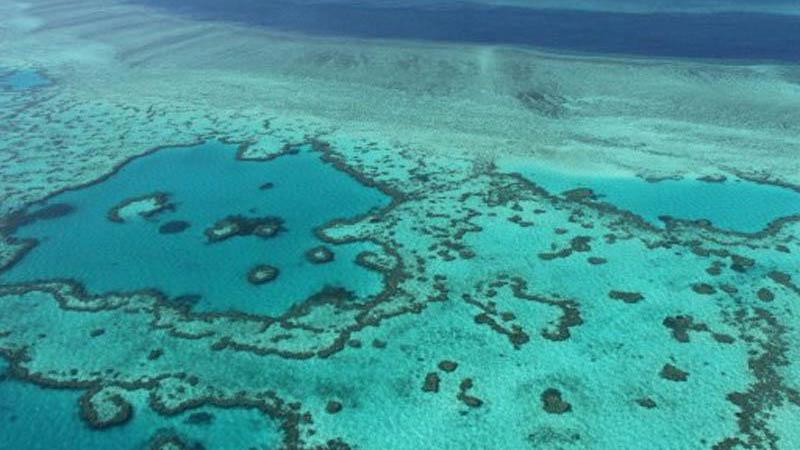 This photo taken on November 20, 2014 shows an aerial view of the Great Barrier Reef off the coast of the Whitsunday Islands, along the central coast of Queensland. (SARAH LAI / AFP)

The University of Sydney study showed that over the past 30,000 years, the world's largest reef system experienced five major environmental changes

The University of Sydney study showed that over the past 30,000 years, the world's largest reef system experienced five major environmental changes which caused significant sea-level fluctuations or sediment increases.

Researchers found that around 30,000 and 22,000 years ago, right before the last glacial maximum when the sea level was 118 centimeters lower than the current level, a large-scale death event occurred due to the corals exposure to air.

But in order to combat this, new corals grew rapidly in deeper water, essentially moving the reef's location further into the ocean.

During the de-glaciation period that followed 17,000 and 13,000 years ago, however, when the ice began to melt, the opposite effect took place and the reef system moved closer toward the land.

By analyzing data of fossil reef cores from 16 sites of the Great Barrier Reef, scientists could tell the reef grew slower when the whole system had finished its "migration."

"We could see the growth slowed to the point where the (coral) community changed and switched completely from shallow water fast-growing forms to now deeper water forms," co-author of the study Jody Webster from the University of Sydney told local media.

Although the new research shows that coral species are much more resilient than previously thought, Webster and his team also found that they are still highly sensitive to increased sediment input and poor quality water.

In fact, the last "death event" on the Great Barrier Reef happened 10,000 years ago and was led by a dramatic sediment increase that saw the quality of water severely decline.

For scientists, this has particularly concerning ramifications as the rate of sediment input is continuing to increase due to human activities.

"I have grave concerns about the ability of the reef in its current form to survive the pace of change caused by the many current stresses and those projected into the near future," Webster said, noting that the rate of sea surface temperature rise and sediment flux increase has exceeded the speed of coral recovery.