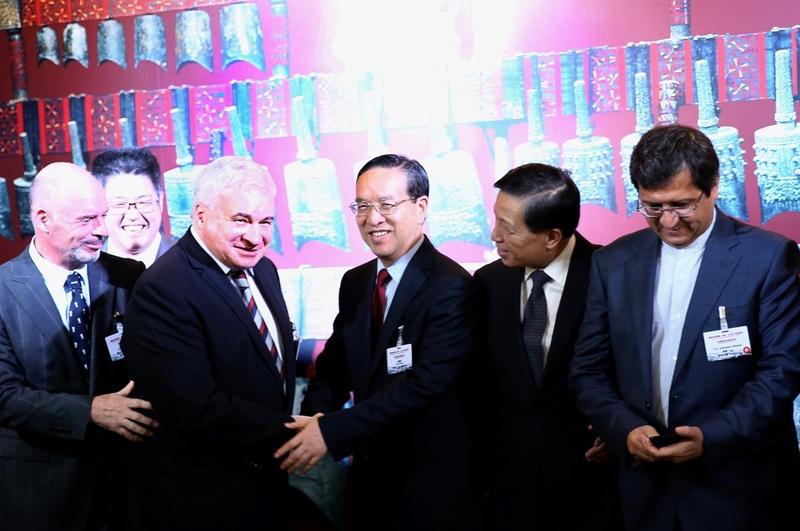 Hubei province is positioning itself to play a leading role in the development of central China and will serve as a new window for China's overall opening-up, State Councilor and Foreign Minister Wang Yi said on Thursday at an event promoting the province to foreign diplomatic missions.

Hubei has been a pioneer in China's revolution and construction, and the province's development in the new round of reform and opening-up is unstoppable, Wang said.

Hubei has been a pioneer in China's revolution and construction

Pakistani ambassador to China Masood Khalid noted at the event that Hubei has made many contributions to the development of the China-Pakistan Economic Corridor, and many companies from the province are carrying out cooperative programs in Pakistan.

Russian Ambassador to China Andrey Denisov said many Russians are familiar with Hubei and its capital, Wuhan, adding that cooperation between the areas along the Yangtze and Volga rivers has achieved positive results. Conditions are ripe for expanding trade cooperation between Russia and Hubei, he said.

"Today our cooperation is a reference for our successful provincial diplomacy," he said.

China made it a national strategy to develop the Yangtze River Economic Belt in 2014. The move is expected to boost cooperative development in riverside regions and provide new growth opportunities for China's economy.

The Yangtze River Economic Belt, which accounts for more than 40 percent of both the national population and GDP, is a new growth engine for the country, reducing the development gap between eastern, central and western regions.

Jiang Chaoliang, secretary of the Hubei Committee of the Communist Party of China, said Hubei is the only province where the Yangtze River flows for more than 1,000 kilometers, and the province plays an important role in the development of the Yangtze River Economic Belt as well as in the protection of the river.

Provincial Governor Wang Xiaodong noted at the event that Hubei would like to invite friends from different countries to explore new avenues of cooperation and development.