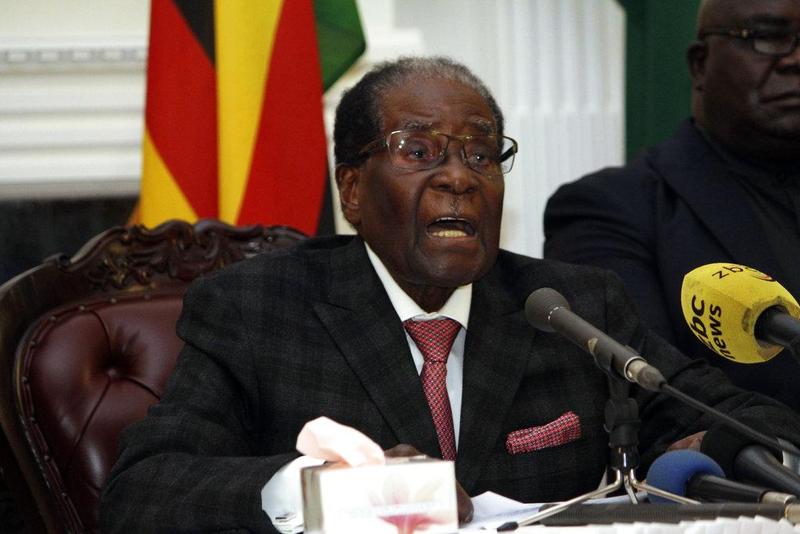 HARARE, Zimbabwe — Longtime President Robert Mugabe ignored a midday deadline set by the ruling party to step down or face impeachment proceedings, while Zimbabweans stunned by his defiance during a national address vowed more protests to make him leave.

The ruling party's Central Committee was meeting to discuss impeachment of the 93-year-old Mugabe, the world's oldest head of state, after 37 years in power. Amid the political confusion, the government urged Cabinet ministers to pursue business as usual.

"Your time is up," veterans association leader Chris Mutsvangwa said at a press conference.

He also suggested that the military, even though it put Mugabe under house arrest days ago, was still beholden to him and compelled to protect him because he is officially their "commander in chief."

Zimbabweans were astonished that Mugabe, flanked by the military in his national address Sunday night, did not announce his resignation as expected after the military and the ruling party turned on him.

The war veterans' association will go to court to argue that Mugabe is "derelict of his executive duty," Mutsvangwa said.

Some ruling party members said an impeachment process likely wouldn't lead to Mugabe's immediate resignation and could take days to complete. Mugabe was stripped of his party leadership on Sunday by the Central Committee of the ruling ZANU-PF but said in his speech he would preside over a party congress next month.

The congress is expected to ratify his firing as party chief, the expulsion of the unpopular first lady and the naming of Mugabe's recently fired deputy to succeed him.

Some people in the capital, Harare, became more cautious about talking to reporters. That contrasts with the jubilation and open condemnation of Mugabe over the weekend, when the bulk of Harare's population of roughly 1.6 million appeared to be in the streets, dancing and taking selfies with soldiers in an event backed by the military.

At the University of Zimbabwe on Monday, students protested and refused to sit for exams, singing and demanding that Mugabe step down. The spokesman for the Zimbabwe National Students Union, Zivai Mhetu, said they want all universities shut down until he does.

Mugabe in his speech Sunday night acknowledged "a whole range of concerns" of Zimbabweans about the chaotic state of the government and its collapsed economy, but he stopped short of what many in the southern African nation were hoping for — a statement that he was stepping down. 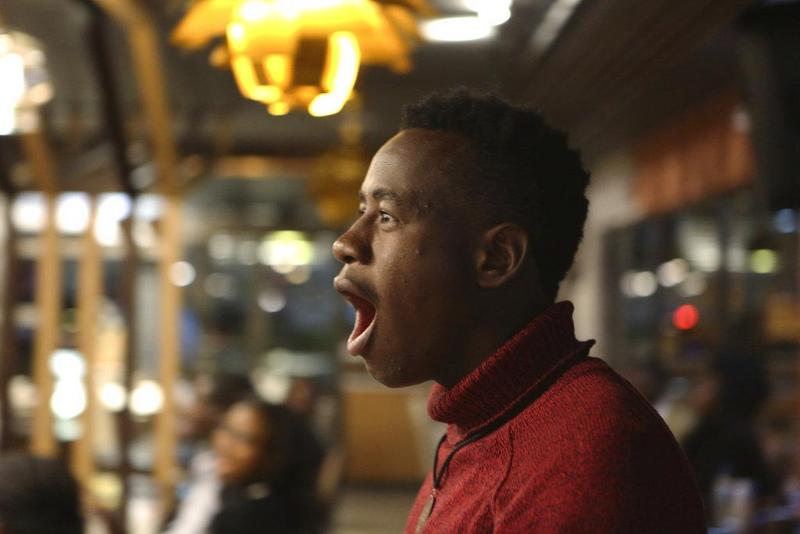 The once-formidable Mugabe is now virtually powerless, making his continued incumbency all the more unusual. He is largely confined to his private home by the military.

Yet he sought to project authority in his speech, which he delivered after shaking hands with security force commanders. The army commander himself, whose threat to "step in" last week led to Mugabe's house arrest, leaned over a couple of times to help the president find his place on the page he was reading.

Mugabe has discussed his possible resignation on two occasions with military commanders after they effectively took over the country on Tuesday. The commanders were troubled by his firing of his longtime deputy and the positioning of unpopular first lady Grace Mugabe to succeed him. 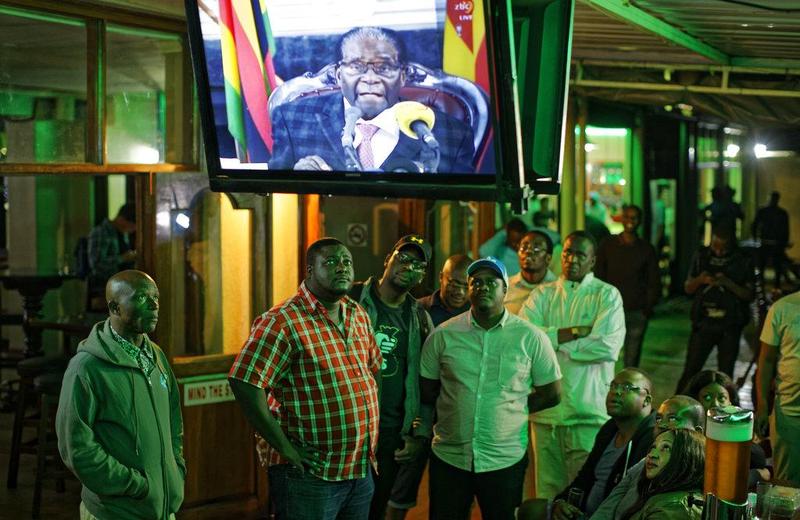 "I, as the president of Zimbabwe, as their commander in chief, do acknowledge the issues they have drawn my attention to, and do believe that these were raised in the spirit of honesty and out of deep and patriotic concern for the stability of our nation and for the welfare of our people," Mugabe said.

The deputy whom Mugabe fired, former Vice President Emmerson Mnangagwa, is positioned to become Zimbabwe's next leader after the party committee made him its nominee to take over from Mugabe, who has ruled since independence from white minority rule in 1980.

The military appears to favor a voluntary resignation to maintain a veneer of legality in the political transition. Mugabe, in turn, is likely using whatever leverage he has left to try to preserve his legacy or even protect himself and his family from possible prosecution.