Syria FM: Iran has no combat forces, bases in the country 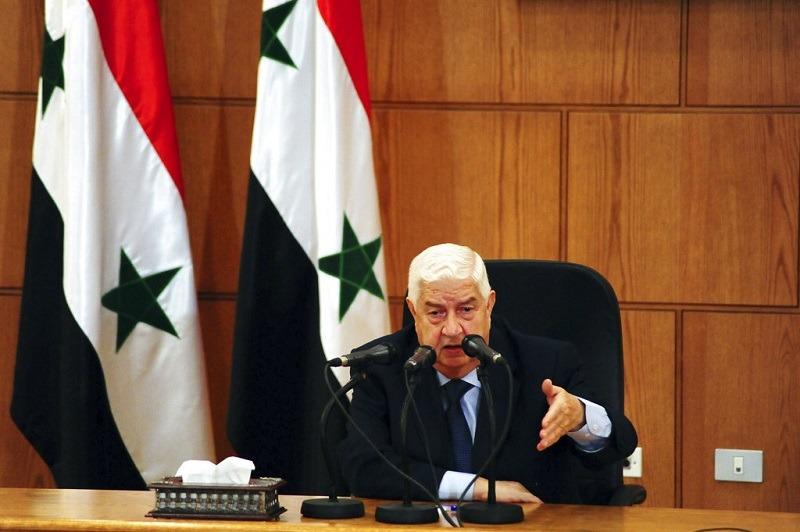 Walid al-Moallem's comments came amid rising tension in the region as Israel has repeatedly warned against any permanent Iranian military presence in Syria. Al-Moallem said Israel is making false claims to try to pressure Iran, its archrival.

In May, Israel carried out a wave of airstrikes in response to what it said was an Iranian rocket attack on its positions in the occupied Golan Heights. It was the most serious confrontation between Israel and Iran to date.

Scores of Iranian soldiers have been killed in battles with insurgents in Syria, including a number of officers. Several others were also killed in the past few months in airstrikes said to be carried out by Israel.

Iran has repeatedly said in the past that it only has advisers in Syria but thousands of Iran-backed groups from Lebanon, Iraq, Pakistan and Afghanistan have played instrumental role in helping government forces regain control of areas held by insurgents. Those areas include eastern neighborhoods of the northern city of Aleppo, the eastern province of Deir el-Zour and parts of Idlib and Hama provinces to the west.

On April 9, an airstrike struck the T4 air base in central Syria reportedly targeting a unit of Iran's powerful Revolutionary Guard Corps and killing several Iranians, including a colonel who was a commander of the guards' Aerospace Force. Russia blamed Israel for the attack.

"There are Iranian advisers in Syria some of whom were martyred while working with the Syrian Arab army and their presence is part of an agreement and in coordination with the armed forces on where they should be," al-Moallem said. "There are no fixed military bases for the Islamic Republic of Iran and what Israel is circulating are lies."

"When the conspiracy against Syria began in 2011 our brothers in the Islamic Republic of Iran came to help Syria in fighting terrorism," al-Moallem said adding that the Syrian people are "grateful" for this help from Iran. 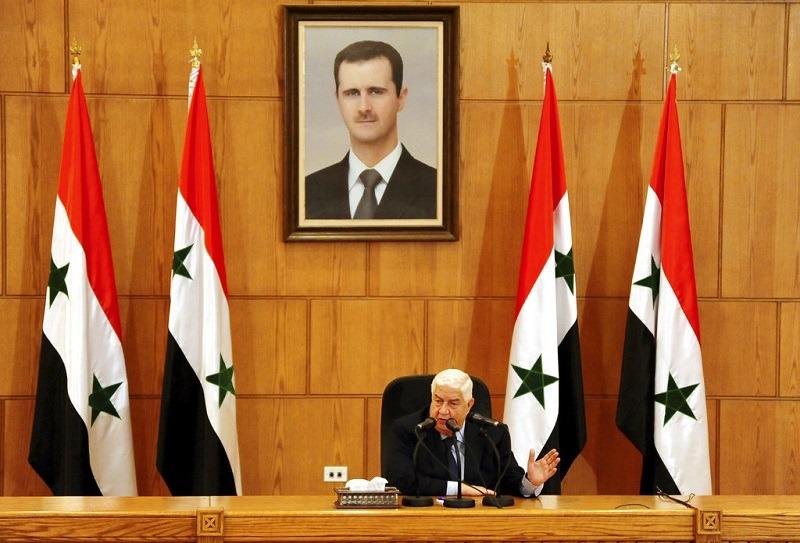 In this photo released by the Syrian official news agency SANA, Syrian Foreign Minister Walid al-Moallem sits beneath a portrait of Syrian President Bashar Assad as he speaks during a press conference in Damascus, Syria, June 2, 2018. (SANA VIA AP)

"As long as there is war on terrorism, Syria as a sovereign state will cooperate with whoever it wants in fighting terrorism," he said.

Al-Moallem denied reports that an agreement was reached between regional and other powers over the situation of southwestern Syria where the country's Israeli-occupied Golan Heights are located.

On Friday, Russia's ambassador to the UN Vasily Nebenzia said he heard from the news that an agreement was reached on "certain disengagement in the southwest of Syria and, I think, my understanding is that an agreement has been reached."

However, asked about Nebenzia's comments al-Moallem said no agreement has been reached for southern Syria, adding that Damascus is not currently involved in any negotiations over the area.

Al-Moallem said that only when US troops withdraw from the Tanf area near the Jordanian border can an agreement be discussed. The US has military advisers based in Tanf.

"The US troops should withdraw from Syria and Syrian sovereignty over the Tanf area is undoubted," he said.

Earlier this week, Russia's Foreign Minister Sergey Lavrov said Syrian troops should be positioned on the border with the Golan Heights, which have been occupied by Israel since the 1967 Mideast war. The area between the southern province of Daraa and the Golan Heights has emerged as a flashpoint in a wider standoff between Israel and Iran, and the United States has warned it will take action to protect a cease-fire there.

In Tehran, Secretary of the Supreme National Security Council Ali Shamkhani told the pro-reform Shargh daily that Iran has no presence in south of Syria but supports Damascus' efforts to regain control over the area.

"Iranian military advisers have no presence in southern area of Syria and have had no role in operations there," Shamkhani was quoted as saying. "We strongly support Russia's effort for removing terrorists from the Syria-Jordan border and restoring Syrian army control over the region."

The Britain-based Syrian Observatory for Human Rights, a war monitor, reported on Thursday that Iranian troops and members of Lebanon's Iran-backed Hezbollah group are getting ready to withdraw from southern Syria.

A Syria-based official with the Iran-led axis of resistance denied the report.

Al-Moallem reiterated the government's position that it aims to regain control of the whole country.