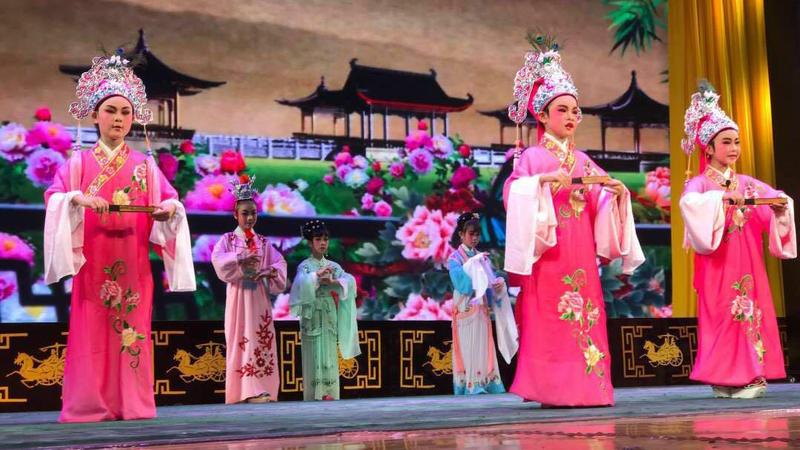 The Chinese have always had a tradition of female warriors, such as Mulan, but unlike Joan of Arc, Mulan doesn't die

Jain is part of an ambitious effort co-sponsored by the Hammer Museum and the Confucius Institute to create a rich exchange of culture between the United States and China.

Part of this program was bringing the Sichuan Opera to Los Angeles with a virtuoso performance by famed Plum Blossom-winner - China's Tony Award - Madam Chen Qiaoru and guest artists from Chengdu during the Chinese New Year. They brought ghost stories and Buddhist-oriented plays featuring strong female characters to the Los Angeles stage.

"There are a lot of plays and operas built around Chinese women who go into battle," explained Jain, "The Chinese have always had a tradition of female warriors, such as Mulan, but unlike Joan of Arc, Mulan doesn't die."

This is welcome artistic support for America's newly reactivated women's empowerment movement. The opera being performed, Striking the Gods, was particularly timely, as it focused on loyalty and the consequences of betrayal.

The Sichuan opera revolves around a young woman who finds an ailing young man on the roadside and nurses him back to health. She sacrifices much to make sure he makes it to the capital to sit for his exams. In return, he pledges his eternal love and loyalty and vows he will come back to marry her after he succeeds.

But, when he aces his exams, he is rewarded with an offer of the hand in marriage of the Governor's daughter. Ambitious to rise in the world, he eagerly accepts. Back home, the woman he abandons flies into a helpless rage and destroys the statues in the Temple before committing suicide in despair.

In the final act, the deceased returns as a ghost and exacts her revenge for his faithlessness. 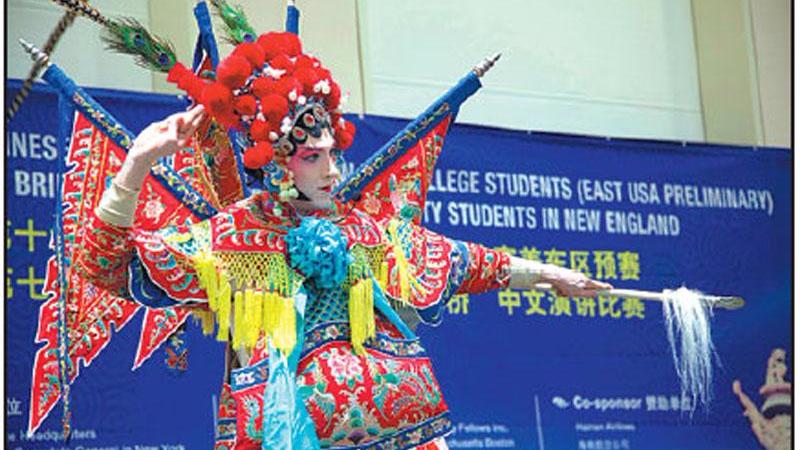 The program showcased not only themes understood by women everywhere, but also Sichuan opera's unique a cappella vocal style (gaoqiang) and its astonishing face-changing performance technique, bianlian, which remains a closely-guarded secret.

Gaoqiang is unique amongst the opera styles in that the singers are accompanied only by percussion instruments and occasionally a lone flute playing off stage.

"All Chinese opera music is derived from the same underlying musical systems or forms that include melodic contours, modes and metrical structures," Jain explains to American audience before every performance.

In China, one traditionally says, "I listen to theater" instead of "I see theater," she told Xinhua in an exclusive interview, "This indicates the importance of the aural performance structure."

She explained how the operatic forms developed from the itinerant tradition of performers traveling from village to village, performing with just a table or chair for sets.

"But, they could turn a table into a mountaintop!" she laughed.

But, though the various operatic styles shared much in the way of movement vocabularies, makeup styles and costumes designs, "Each performer used their voices, bodies, costumes in unique ways to create local variations that greatly enhanced the viewing experience," Jian told Xinhua, "And this gave rise to hundreds of regional variations."

Today, there are over 250 different types of opera in China. Beijing Opera is the most common because Mandarin is the dialect of the Beijing area and that has become the national language.

The other forms are usually referred to as Difangxi, or "theater of the region." One such form is Cantonese Opera, which was brought to the United States in the late 1800s by Chinese laborers from Guang Dong province and Hong Kong to build America's first transcontinental railroad. 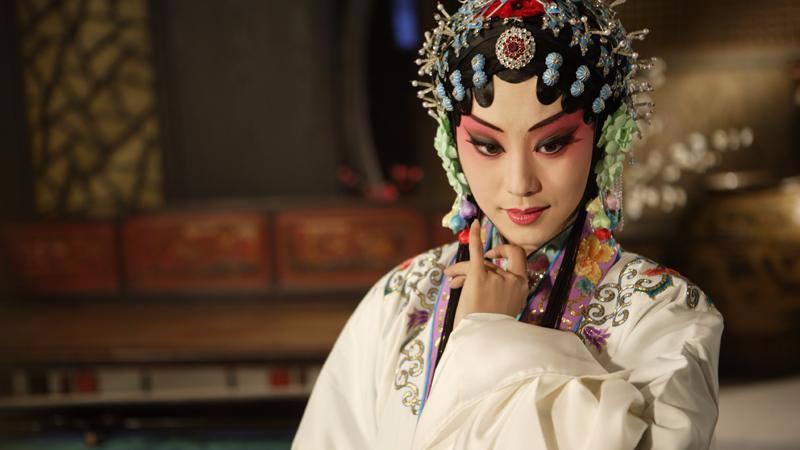 Shao Tianshuai, a star with the Northern Kunqu Opera Theatre, is known for her performances for The Peony Pavilion and A Drea of the Red Mansions. (Photo provided to China Daily)

Since the music is ancient and there are no composers credited on any of the work, much of the beauty of this style of Opera comes from the ever-changing interpretations of the ancient musical forms - interpretations which are both subtle and profound.

"It's like a Jane Austin novel," Jain explained. "The plots aren't big and we all know how it ends, but her style is so beautiful, her characters so finely drawn, we can't help but be drawn in..."

So too do Chinese opera-lovers already know all the plays. They're familiar with the musical styles, so they can attend a performance simply to appreciate each performers' virtuosity and nuance.

"I must say thank you to Jain," the lead singer, Madam Chen Qiaoru, told Xinhua, "Jain helps audiences to understand the beauty of Sichuan Opera. That is more important for me than hearing courteous applause."

Chen said she was moved to notice that some audience members could not hold back their tears at the sad moment when she performed Striking the Gods.

"Maybe they don't know Chinese language, but they do know human's life and what I want to share with them. That is a real culture exchange," said Chen, who has also toured widely in Europe and Asia.

Jain looks upon Chinese Opera as a portal into another culture. She is passionate about the opportunity to share cross-cultural experiences that can enhance our understanding of other cultures and countries.

"We use theater, film, dance and music to bring us closer together, much like the First Emperor of China used music to unite all of China."