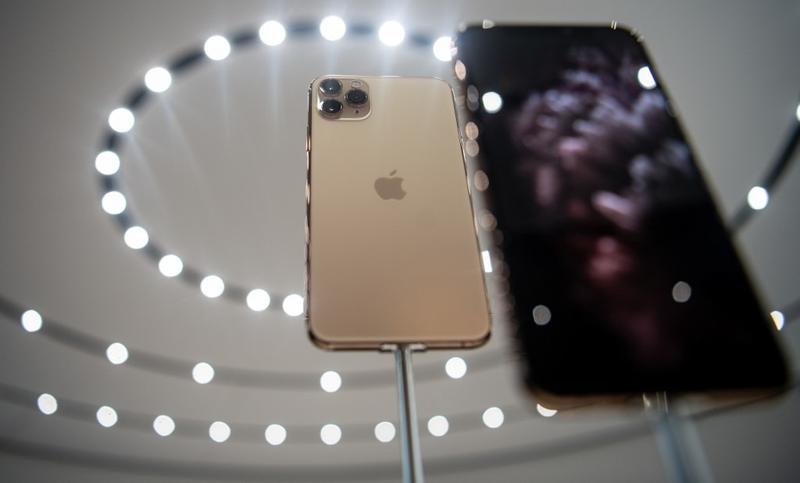 CUPERTINO — Apple Inc caught up with hardware rivals on Tuesday by revealing a triple-camera iPhone, and it rolled out a streaming TV service priced at US$5 a month, undercutting Disney and Netflix.

The Apple TV+ streaming television service will be available in over 100 countries, starting in November

The announcements came at the company's biggest marketing event, where it unveils its top products for the year ahead, and showcased an aggressive Apple ready to battle on price.

Buyers of an iPhone, iPad or Mac will get a free year of streaming TV, potentially drawing hundreds of millions of viewers to the service. That catapults the new service into a rarified group of companies.

"I think the pricing on the Apple TV service was definitely a positive surprise," said Michael James, managing director of equity trading at Wedbush Securities in Los Angeles. "That's why you're seeing the hammering in some of the other video service-related names like Netflix, Amazon and Roku. Clearly, that was a positive that people were happy to hear." 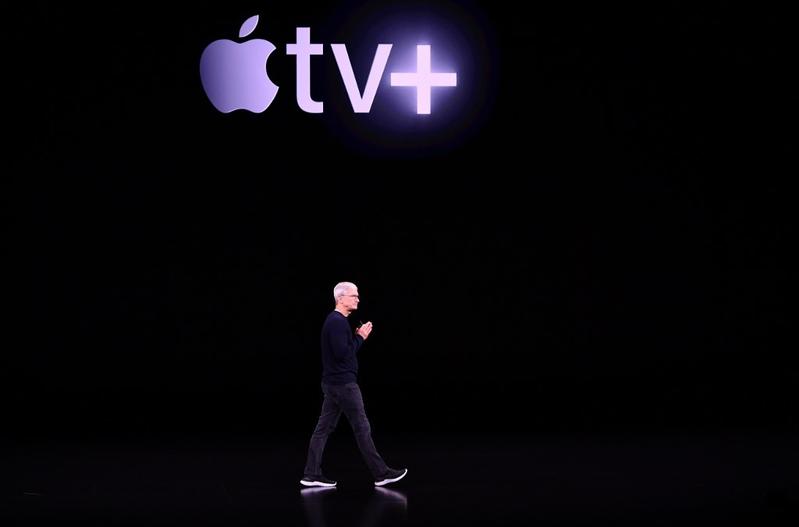 There was no bundle with Apple Music or other services as some analysts had expected. But Ben Bajarin, an analyst with Creative Strategies, said the TV service, a US$5 a month "Arcade" gaming service and the base model iPhone 11, seem designed to draw in users for the longer term.

Prices for the new iPhone 11 start at US$699, down from last year's new iPhone that started at US$749

"We weren't expecting Apple Arcade and particularly Apple TV to be priced as aggressively as they were," Bajarin said. "They know once consumers get into their ecosystem, they don't leave."

Apple said its new iPhone 11 will come with two back cameras, including an ultra wide-angle lens and the next generation of microchips, the A13. Prices start at US$699, down from last year's new iPhone that started at US$749.

The more expensive iPhone 11 Pro will have three cameras on the back - wide angle, telephoto and ultra-wide. It can create videos with all three back cameras and the front camera at the same time and starts at US$999. The iPhone 11 Pro Max with a bigger screen starts at US$1,099. The new phones are available to order Friday and will start shipping Sept 20. 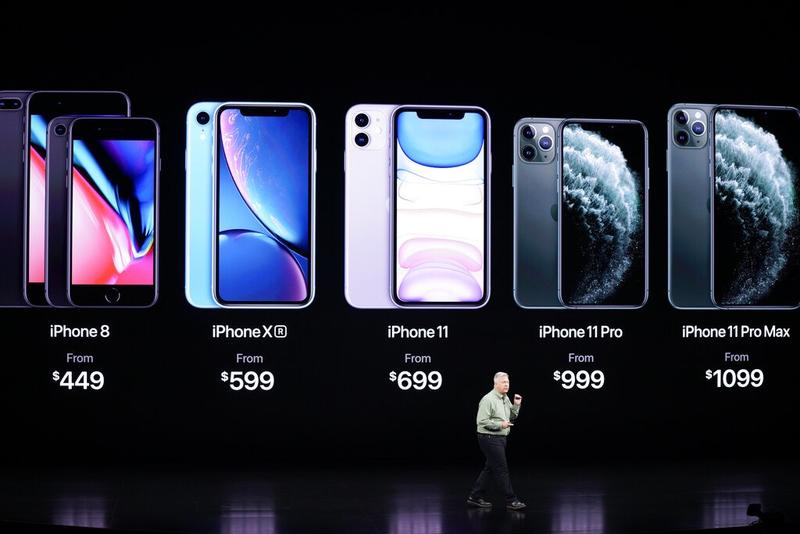 Rivals including Huawei Technologies Co Ltd and Samsung Electronics Co Ltd already sell phones with three cameras on the back. While Apple once tested the upper limits of what consumers would pay for a phone, it is now giving ground on prices, even making older models available at significant discounts to the latest technology.

"Consumers absolutely still care about cameras. That's why it was surprising over the last couple of years that Samsung and Huawei got the jump on Apple," said Patrick Moorhead, an analyst with Moor Insights & Strategy. "Apple was playing a bit of catch up, but Apple did bring their game, particularly on the video side of the camera, where I do think they'll have the leg up." 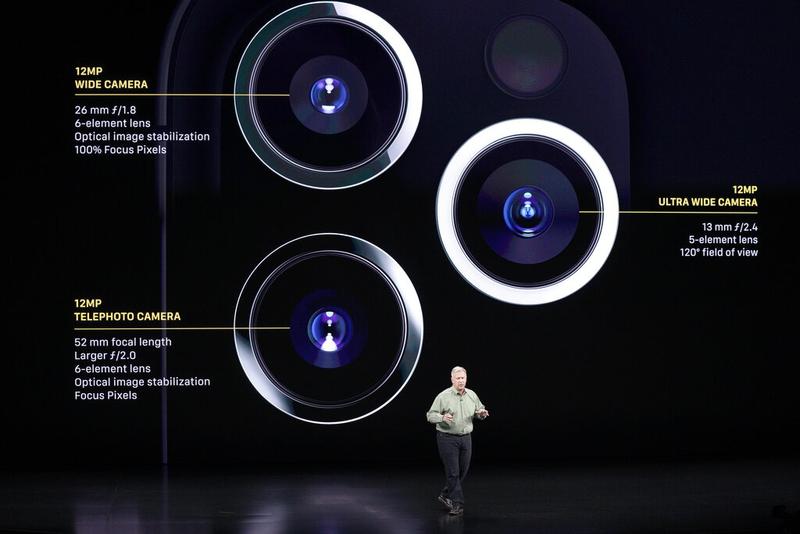 Analysts expect Apple will sell around 200 million iPhones in the next year, in addition to other devices, and while many of those will be in China, it ensures at least tens of millions of potential viewers for the subscription service.

With streaming content, Apple is entering a crowded field dominated by Netflix Inc.

Walt Disney Co will launch on Nov 12 a US$7-per-month service that will contain that firm's iconic children's content.

Apple is also trying to beat HBO Max with its hit shows like Game of Thrones, Friends and The Sopranos.

Apple's challenge is to persuade consumers that its family of devices, from its set-top box to phones, are the best one-stop place to watch shows.

“The roll-out of new subscription-based services by Apple paves the way for the introduction of new business models akin to the all-you-can-eat bundles like Amazon Prime," said Paolo Pescatore, analyst with PP Foresight. "In the future we might even see users pay for a service bundle and receive a new iPhone every year.” 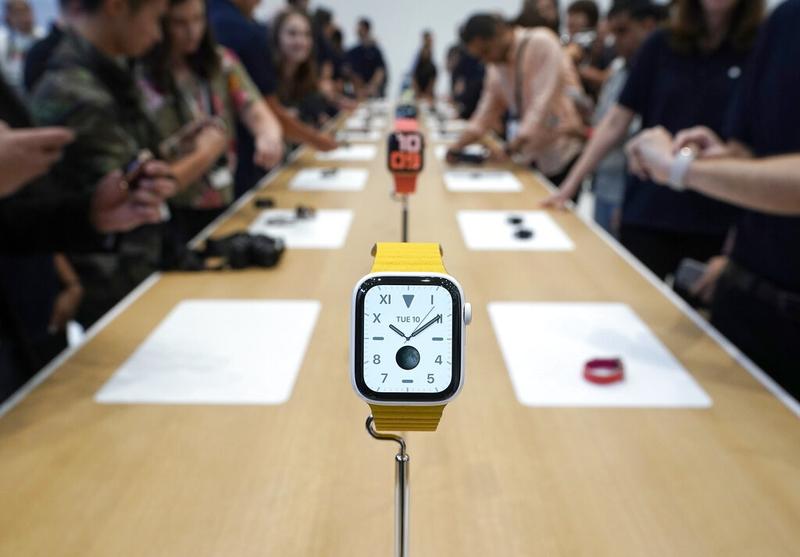 The new iWatch 5 is seen on display during an event announcement of new Apple products in Cupertino, California, Sept 10, 2019. (TONY AVELAR / AP)

Apple also unveiled an updated watch, the Series 5, with an always-on display, starting at US$399, while keeping the older Series 3 starting at US$199. Moorhead said the older model would drive "tremendous" business.

Apple said the seventh generation of the iPad will start at US$329 and be available to order starting Tuesday and in stores on Sept 30.