UNITED NATIONS — Secretary-General Antonio Guterres warned Tuesday that the United Nations is facing its "worst cash crisis" in nearly a decade because 64 of its 193 members — including the United States, its largest contributor – have not paid their annual dues.

UN spokesman Stephane Dujarric said the secretary-general has written to all members saying "the organization runs the risk of depleting its liquidity reserves by the end of the month and defaulting on payments to staff and vendors."

By the end of September, Dujarric said, member states had paid only 70 percent of the total assessment for the regular budget, compared with 78 percent at the same time last year.

In addition to the United States, other countries that haven't paid their dues are Brazil, Iran, Israel, Mexico, South Korea, Saudi Arabia and Uruguay.

Because of the US government's budget calendar, Washington usually pays its dues in October. 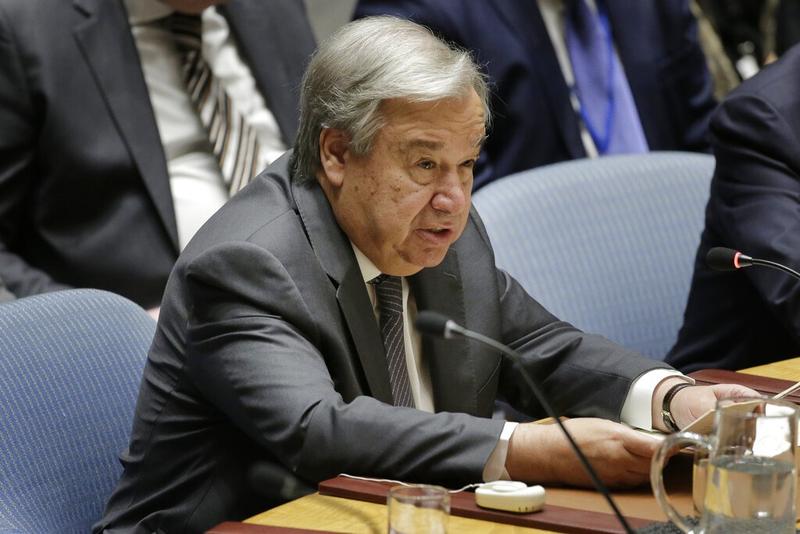 Dujarric said measures the UN Secretariat put in place early in the year to align expenditures with cash inflows have averted "major disruptions" but "are no longer enough."

Since the UN Secretariat could face a default in salaries and payments by the end of November, Dujarric said the secretary-general has requested immediate steps including further reductions in official travel and postponing spending for goods and services.

In addition, Dujarric said, events scheduled outside official meeting hours are being discontinued and conferences and meetings may have to be postponed or their services adjusted.

The secretary-general stressed that cash flow is a recurrent problem and the UN is now driven to prioritize work based on cash availability, thus undermining its mandates and obligations "to the people we serve," Dujarric said.

"The secretary-general therefore looks to member states to resolve the structural issues that underlie this annual crisis without further delay," Dujarric said.