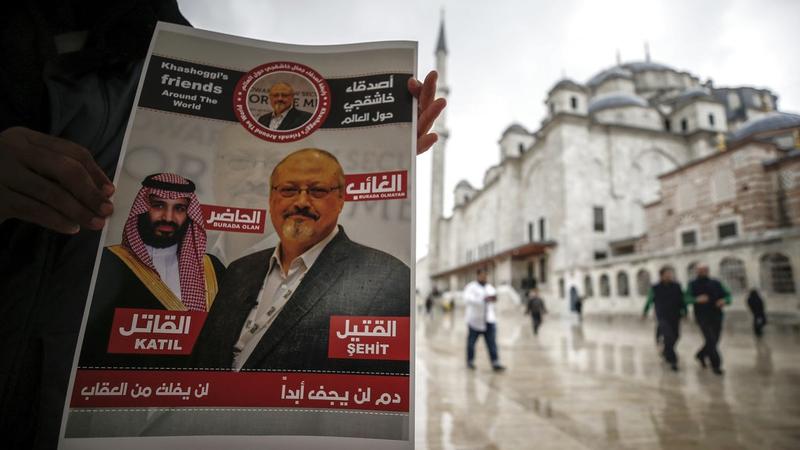 In this Nov 16, 2018 photo, a man holds a poster showing images of Saudi Crown Prince Muhammed bin Salman and journalist writer Jamal Khashoggi, describing the prince as "assassin" and Khashoggi as "martyr" during funeral prayers in absentia for Khashoggi who was killed last month in the Saudi Arabia consulate, in Istanbul. (EMRAH GUREL / AP)

GENEVA / RIYADH — Saudi Crown Prince Mohammed bin Salman and other senior officials should be investigated over the murder of journalist Jamal Khashoggi given credible evidence against them, a UN rights investigator said on Wednesday.

Khashoggi’s death stirred widespread disgust and hurt the image of the prince, previously admired in the West for pushing to end the kingdom's oil dependence and easing social restrictions including by allowing women to drive.

In Riyadh, a minister rejected the report as having nothing new and containing "baseless allegations."

After a six-month investigation, the 100-page report by the UN special rapporteur on extrajudicial executions, Agnes Callamard, accused Saudi Arabia of a "deliberate, premeditated execution".

"There is sufficient credible evidence regarding the responsibility of the crown prince demanding further investigation," Callamard said.

In Riyadh, a minister rejected the report as having nothing new and containing "baseless allegations."

After the killing, some Western executives pulled out of an investment forum in Riyadh. But big investors have pushed ahead with deals this year in a sign that an effort by the kingdom to return to business as usual is making headway.

Callamard urged nations to cut export licenses for surveillance technologies until Saudi Arabia shows it is limiting their use to "lawful purposes."

Callamard also urged states to widen sanctions to include the crown prince and his assets abroad, unless the man seen by many as the de facto Saudi ruler can prove no responsibility.

"The people directly implicated in the murder reported to him, so there is a reporting line there that needs to be further investigated," she told reporters.

Khashoggi, a critic of the prince and a Washington Post columnist, was last seen at the Saudi consulate in Istanbul on Oct 2 where he was to receive papers ahead of his wedding.

His body was dismembered and removed from the building, the Saudi prosecutor has said, and his remains have not been found. 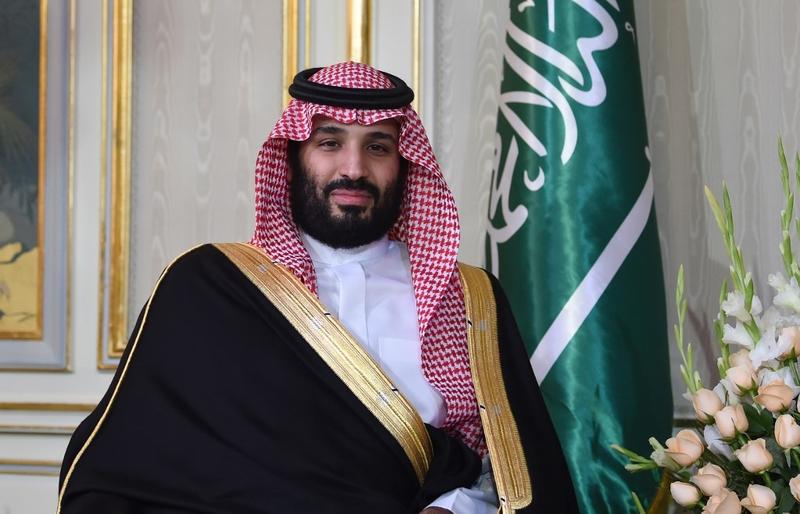 In this file photo taken on Nov 27, 2018 Saudi Arabia's Crown Prince Mohammed bin Salman is pictured while meeting with the Tunisian President at the presidential palace in Carthage on the eastern outskirts of the capital Tunis. (FETHI BELAID / AFP)

HOW MUCH DID PRINCE KNOW?

"What needs to be investigated is the extent to which the crown prince knew or should have known of what would have happened to Mr Khashoggi, whether he directly or indirectly incited the killing ... whether he could have prevented the execution when the mission started and failed to do so,"Callamard told reporters.

The CIA and some Western countries believe the crown prince ordered the killing, which Saudi officials have long denied

"The report of the rapporteur in the human rights council contains clear contradictions and baseless allegations which challenge its credibility," he tweeted.

The Saudi public prosecutor has indicted 11 suspects, including five who could face the death penalty.

Callamard said the Saudi trial should be suspended, citing concerns over secrecy and potential miscarriage of justice.

Instead, a follow-up international criminal probe should be launched, she said, urging UN Secretary-General Antonio Guterres to establish one. His spokesman, Stephane Dujarric, said Guterres does not have the authority to do so without a mandate from an inter-governmental body.

The UN Human Rights Council, where Saudi Arabia is among the 47 member states, opens a three-week session on Monday.

The CIA and some Western countries believe the crown prince ordered the killing, which Saudi officials have long denied.

"There is strong, credible evidence again that the crime scene was not only investigated, but was cleaned, forensically cleaned. So that by the time the Turkish investigators were able to enter the consulate they found basically close to very little," Callamard said. 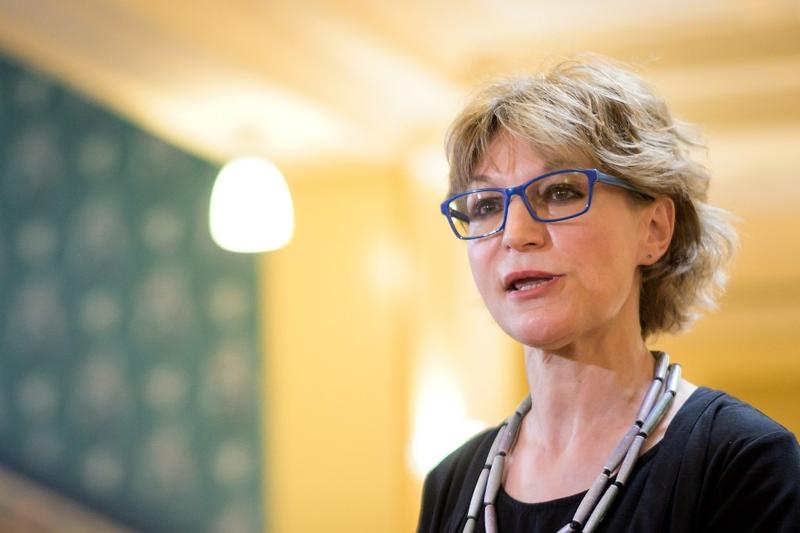 Khashoggi’s Turkish fiancée, who had been waiting outside the consulate, called on the United States to increase pressure.

"Washington has chosen not to use its strong ties and leverage with Riyadh to get the Saudis to reveal the truth about Jamal’s murder and to ensure those responsible are held accountable," Hatice Cengiz wrote in a New York Times op-ed.

Critics have accused President Donald Trump of letting the Saudis off the hook, but a senior official told Reuters this month it remains a "very hot issue".

Turkish President Tayyip Erdogan said those responsible for the murder will pay the price.

The UN report published excerpts of what it calls conversations inside the consulate shortly before Khashoggi arrived there and during his final moments.

A few minutes before Khashoggi arrived, Salah al-Tubaigy, an Interior Ministry forensics doctor who would dismember the body, said he hoped his job would "be easy", according to the report.

Tubaiqy continued: "Joints will be separated. It is not a problem. The body is heavy. First time I cut on the ground. If we take plastic bags and cut it into pieces, it will be finished. We will wrap each of them."

The material relies on recordings and forensic work by Turkish investigators and information from the trials of the suspects in Saudi Arabia, the report said. Callamard said she could not reach firm conclusions about what the team was told was the sound of a "saw".

Assessments of the recordings by intelligence officers in Turkey and elsewhere suggested Khashoggi may have been injected with a sedative and then suffocated, the report said.

Reacting to the report, Human Rights Watch criticized what it called the Saudi "intolerance of dissent and climate of impunity" that enabled the murder.

Callamard said that states should invoke universal jurisdiction in the case. Asked if there could be arrests abroad, she said: "If and when the responsibility of those individuals has been proven, including the responsibilities of a level that warrant arrest, absolutely."

Judicial authorities in countries that recognize universal jurisdiction for serious offences can investigate and prosecute those crimes no matter where they were committed.