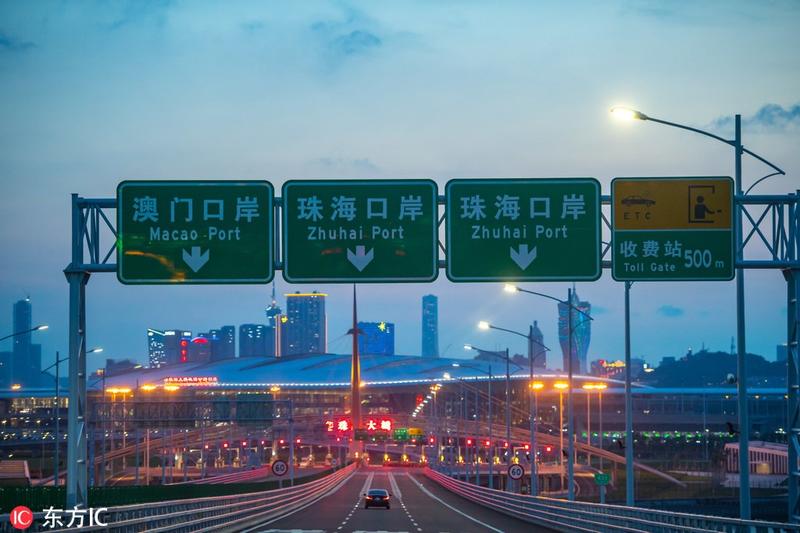 BEIJING - Chinese authorities have unveiled the outline development plan for the Guangdong-Hong Kong-Macao Greater Bay Area, aiming to build it into a role model of high-quality development, an international first-class bay area and a world-class city cluster.

The plan, released on Monday, covers the period from now to 2022 in the immediate term and extends to 2035 in the long term

The plan, released on Monday, covers the period from now to 2022 in the immediate term and extends to 2035 in the long term.

Promoting the development of the Greater Bay Area is a major decision made by the Communist Party of China (CPC) Central Committee with Comrade Xi Jinping at the core.

With his broad vision and profound wisdom, President Xi, also general secretary of the CPC Central Committee and chairman of the Central Military Commission, has planned the bay area's development.

The following is a timeline of some key moments of Xi's involvement in pushing forward the project.

-- In December 2012, Xi visited Guangdong in his first inspection trip outside Beijing after the 18th CPC National Congress. He expressed the hope for Guangdong to partner with Hong Kong and Macao to create a more competitive world-class city cluster.

-- On July 1, 2017, Xi witnessed the signing of a framework agreement between the National Development and Reform Commission and the governments of Guangdong, Hong Kong and Macao on deepening Guangdong-Hong Kong-Macao cooperation.

-- In October 2017, development of the Guangdong-Hong Kong-Macao Greater Bay Area was mentioned in the report Xi delivered at the 19th CPC National Congress.

-- On Dec 18, 2017, at the Central Economic Work Conference, Xi stressed well-conceived planning in the development of the Greater Bay Area and the need to set up coordination mechanisms at an early date.

More specific instructions had also been made. These include letting market play a decisive role in allocating resources, and exploring ways to promote two-way investment, trade facilitation and create new modes of cooperation.

-- In October 2018, Xi inspected Guangdong again, calling on Guangdong to regard developing the Greater Bay Area as a key opportunity and major task in the reform and opening-up and make earnest efforts to push it forward.

-- In November 2018, meeting with a delegation from Hong Kong and Macao in Beijing, Xi expressed the hope for Hong Kong and Macao to take the lead in attracting capital, technology and talent to contribute to national high-quality economic development and the new round of high-level opening-up.

For Hong Kong and Macao, Xi said, the implementation of national strategies such as the Greater Bay Area development presents significant new opportunities.

Government ministries and agencies have responded with new policies and initiatives to advance the bay area's development. Private businesses and the general public are also enthusiastic. A great idea has been turned into a good plan and is becoming a reality.