Coffee culture comes to the boil in Shanghai

Outlets locked in fierce battle for business in prime areas 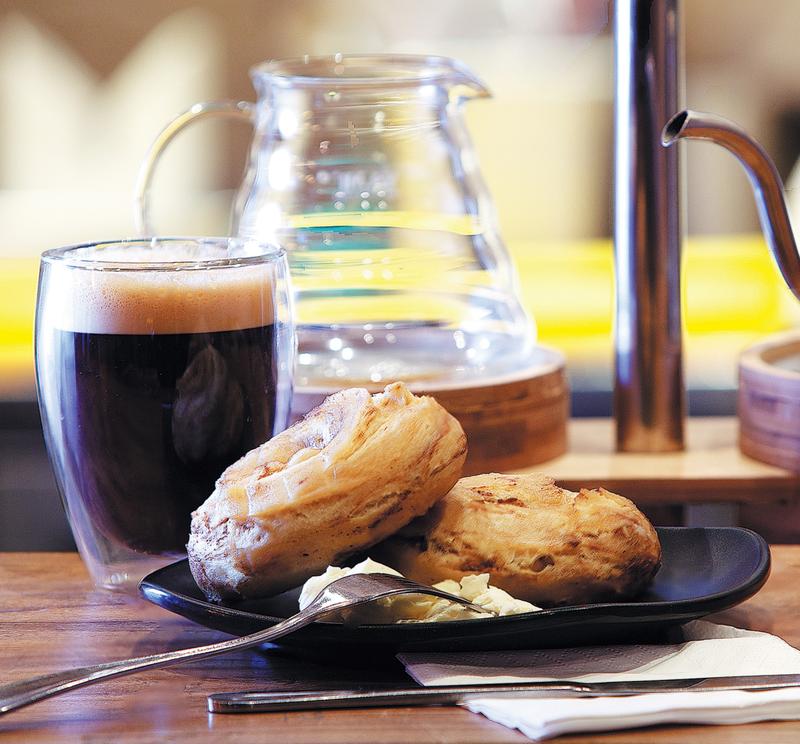 Although the streets of downtown Shanghai are already dotted with coffee houses, some industry players do not appear too concerned about oversaturation. Rather, it is consumption levels that are giving them cause to be optimistic. (PHOTO PROVIDED TO CHINA DAILY)

Canadian coffee chain Tim Hortons opened its first store in China on Feb 26, joining a fast-expanding market that already had dozens of competitors.

The outlet, in Shanghai's Huangpu district, is the brand's 4,580th in the world and is the result of an exclusive master franchise agreement with New York private equity outfit Cartesian Capital Group.

While Tim Hortons is still relatively unknown in China, Cartesian Capital Group is no stranger to the country. In 2012, it became one of the key players behind the further expansion of the Burger King fastfood brand on the Chinese mainland.

Coffee isn’t cheap in China, but given Shanghai’s affluence and willingness to spend on leisure and food and beverages, people are less put off by the cost

In addition to classic offerings such as the Double Double, a coffee with two creams and two sugars, the Shanghai outlet serves a selection of light snacks exclusive to the Chinese market, such as salted egg yolk timbits and black pepper beef-flavored rolls.

Lu Yongchen, Tim Hortons China CEO, said: "I don't think we are very late to the game. China is a big market with huge potential. Chinese customers only consume an average of five cups of coffee per year. In cities such as Shanghai, consumers drink about 20 a year, but this is still much lower than in places such as Europe, the United States, South Korea and Japan."

According to industry experts, Shanghai is the epicentre of China's burgeoning coffee culture.

"First, Shanghai has historically been the most outward-looking city in China, and as coffee is an 'imported habit', people from the city were always going to be the most likely to adopt it en masse.

"Second, the influence of expatriates in Shanghai cannot be understated. In the time I have lived in the city, I've seen a number of foreign trends gaining exposure through expats, and many locals adopting and tailoring them to their own needs," Tanner said.

"Third, coffee isn't cheap in China, but given Shanghai's affluence and willingness to spend on leisure and food and beverages, people are less put off by the cost." 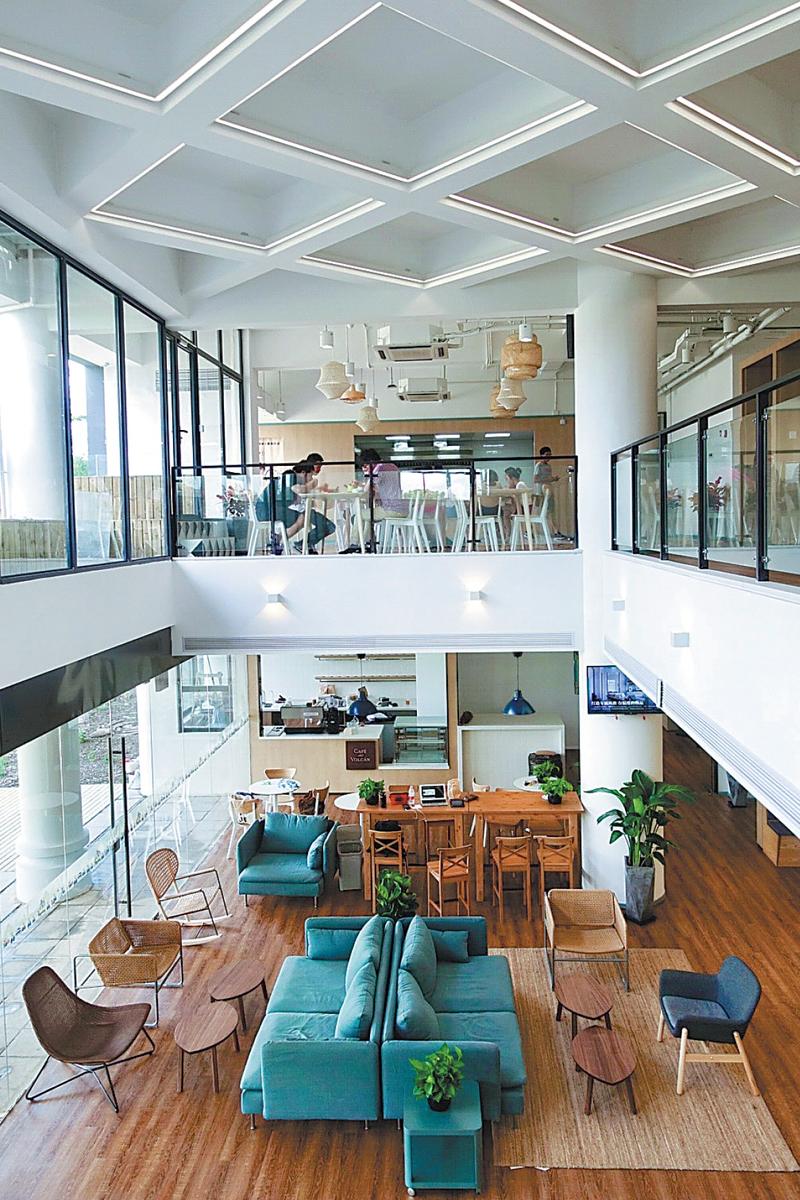 The Cafe del Volcán sells its coffee beans to some of Shanghai's best restaurants and hotels. (PHOTO PROVIDED TO CHINA DAILY)

Dave Seminsky, the founder of Sumerian Coffee, offered some statistics that show why Shanghai is "ripe for the picking" by coffee companies.

He said the city's disposable per capita household income last year stood at 58,988 yuan (US$8,796), more than twice the national average of 25,973 yuan. This level of disposable income in Shanghai, combined with a large workforce, shows that the city is a consumer base that has cash to spend.

Gavin Pathross, CEO of RATIO, a coffee and cocktail bar, cited another reason behind the coffee boom－the allure of a "pay to sit" culture that Starbucks brought to China.

"Like the United Kingdom－traditionally a tea-drinking market－Chinese consumers have been switching to coffee for a variety of reasons, one of which is that there are few other places serving beverages in the city that have invested as heavily in interior design and areas for people to sit down and hang out," he said.

"The only exception is perhaps TWG Tea. Most milk tea places are low capital expenditure models that are purely takeaway businesses."

Tim Hortons' entry into the burgeoning Chinese market comes amid a high-profile battle for business between Starbucks and local entity Luckin Coffee, one of China's latest unicorns, which raised US$200 million in its latest funding round in December. A unicorn is a privately held startup valued at more than US$1 billion.

Both companies have been rapidly expanding their footprint. According to Reuters, Luckin took just six months, between January and July last year, to open 660 stores in 13 Chinese cities. It took the market leader Starbucks 12 years to open the same number.

Starbucks, which according to market intelligence company Euromonitor holds a 58.6 percent share of the market, has also been stepping up its expansion. The US coffee giant, which has about 3,400 stores in China, is aiming to have 6,000 outlets in the country by the end of 2022. Costa Coffee is planning to have 1,200 stores by 2022.

Tim Hortons will open about 30 stores in Shanghai this year as part of its plans to have 1,500 outlets in the country within a decade.

Although the streets of downtown Shanghai are already dotted with coffee houses, some industry players do not appear too concerned about oversaturation. Rather, it is consumption levels that are giving players cause to be optimistic. According to the International Coffee Organization, the average consumption in China is only about five cups a year. In contrast, the global average is 240.

Seminsky said the current consumption levels give a company such as Starbucks a growth strategy that cannot be matched elsewhere in the world.

"If China's per capita consumption climbs from five to 10 cups per year, which is a plausible scenario, all their (Starbucks') bets will have paid off. This rise in consumption won't happen in the coming year, but possibly in a decade," he said.

A search for "coffee shop" on the consumer review site Dianping.com yields more than 7,500 results. In addition to the host of outlets operated by major chains, there are dozens of smaller local coffee entities such as Greybox Coffee, Coffee Box and Manner Coffee, many of which have only emerged in the past two years. 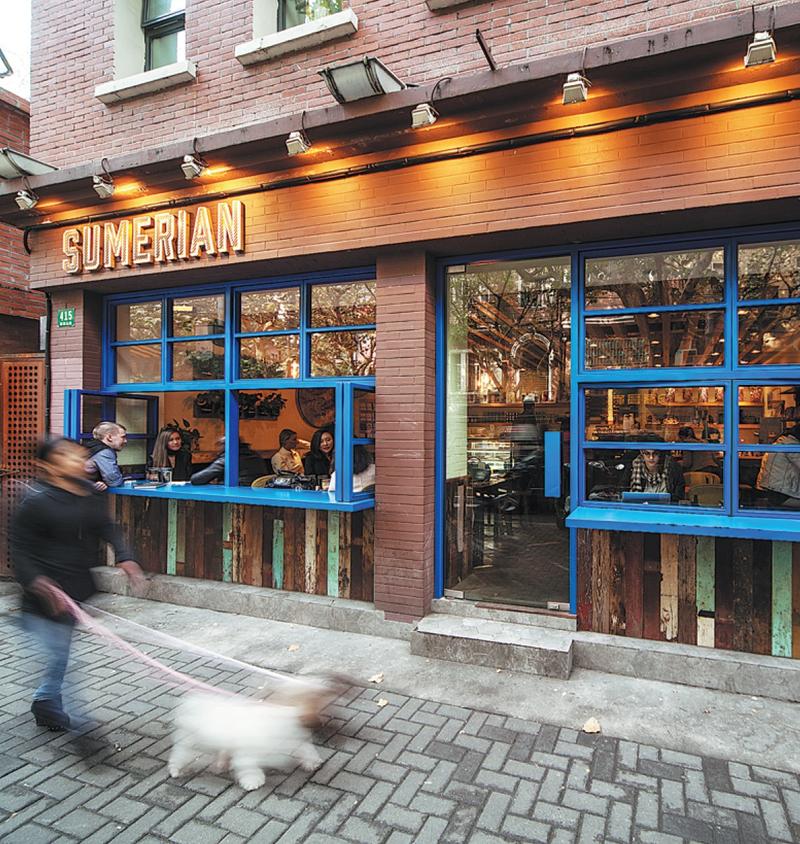 Despite only opening in the middle of last year, RATIO, a high-tech coffee and cocktail establishment that uses a robotic arm to prepare its beverages, has been warmly received by consumers. Pathross said he is relatively pleased with the welcome given to his brand and technology.

Regarding the competition, he believes the number of coffee outlets in Shanghai's central business district is nearing saturation point.

Nils Weisensee, the founder of Cafe del Volcán, said players in the specialty coffee market have been facing the issue of oversaturation. Specialty coffee refers to that which achieves a score of more than 80 points on a scale set by the Specialty Coffee Association of America. It is also generally considered to be of higher quality and more expensive than commercial options.

"I think Shanghai's specialty coffee market entered a bit of a bubble last year. The actual consumption of specialty coffee in the city center is not quite catching up with the supply," Weisensee said.

"A few years ago, there was a lot of mediocre coffee on the one hand, and high-quality specialty coffee on the other. Now, there are a lot more players in between and the differentiating factor is not as clear anymore. Specialty coffee needs to work even harder now to show that what it offers is worth the extra money."

Some specialty coffee houses have diversified their business to stay competitive. For instance, Cafe del Volcán sells its coffee beans to some of Shanghai's best restaurants and hotels. Sumerian Coffee has done the same through the Tmall website and its WeChat store.

According to an article on Alizila.com, the Alibaba Group news hub, sales of coffee products on e-commerce sites such as Taobao and Tmall have been experiencing significant growth, expanding by 18 percent year-on-year from September 2017 to the same month last year.

One of those to benefit from this consumption boom is luxury coffee producer Nespresso.

Alfonso Troisi, business executive officer for Nespresso Greater China, said: "We launched our Tmall e-boutique in 2016 followed by the JD e-boutique in 2017. Since then, our e-commerce segment has experienced healthy growth.

"Nespresso offline boutiques have expanded healthily as well. We currently have 12 boutiques, 25 (coffee) corners and 104 trade corners offline on the Chinese mainland."

Looking ahead, however, China Skinny's Tanner foresees a gradual shift from being status-conscious to a demand for better quality. He cites the example of cities such as Melbourne, Australia, or Wellington, New Zealand, where Starbucks has been "pushed out of the market" by specialty coffee places.

"Among Chinese consumers there are foodies who are very particular, and you only need to look at categories such as beer, which has seen an explosion in the craft segment, and the street cred that comes with buying from independent 'boutiques' by post-'90s consumers to know this," he added.

Starbucks has already made efforts to cater to more-discerning consumers. In February, it launched its upscale Starbucks Reserve Bakery Cafe in Shanghai, which offers made-to-order food, premium coffees and even cocktails.

But for now, it appears consumers are not yet that discerning.

Troisi said that "status coffee enthusiasts"－those who drink the beverage because it denotes their presumed standing in society－still comprise the majority of coffee drinkers in China.

"While the nature of status and luxury is evolving in China, status coffee enthusiasts remain the largest segment, and can be seen as trendsetters for others," he said.

"This group of people are proud to be Chinese, but strive to be global. They aspire to travel and know the world, bringing back the 'treasures' they have found on their journeys. Coffee is proof they are worldly. Being able to speak eloquently shows their class as global citizens." 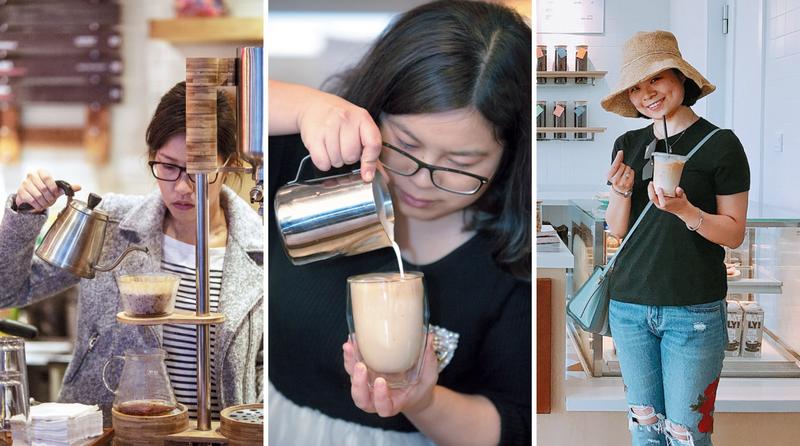 Most coffee shops offer deliveries, but according to Weisensee, this tends to compromise the quality of the product.

He said that every second that coffee is in a paper cup, chemical components interact and change the taste, sometimes for the worse. In addition, the coffee usually loses its foam and is cold by the time it is delivered, further affecting the taste.

"Here at Cafe del Volcán, we have been quite resistant to deliveries, but we're planning to offer them soon because so many of our customers have been getting third-party couriers to fetch their coffee. There is clearly a demand for deliveries," Weisensee said.

This demand for convenience is further illustrated by Starbucks' partnership with Ele.me to offer delivery services in Beijing and Shanghai. Industry players also point out that one of the key reasons behind Luckin Coffee's rise in popularity is the fact that it is primarily a takeaway model. Tim Hortons also plans to begin delivery services in the second half of this year.

Weisensee said that while it is not impossible to prepare a cup of coffee for delivery that would taste as good as in the cafe, changes need to be made to the crafting process.

"It takes a lot of preparation to get delivered coffee to taste great. Cafe del Volcán has spent about two years experimenting with the ways we can preserve that great flavor and create a better coffee delivery experience than that currently available," he said.

"Of course, most coffee places wouldn't go to such lengths. Most consumers still prefer convenience and just want a beverage that is 'good enough'."