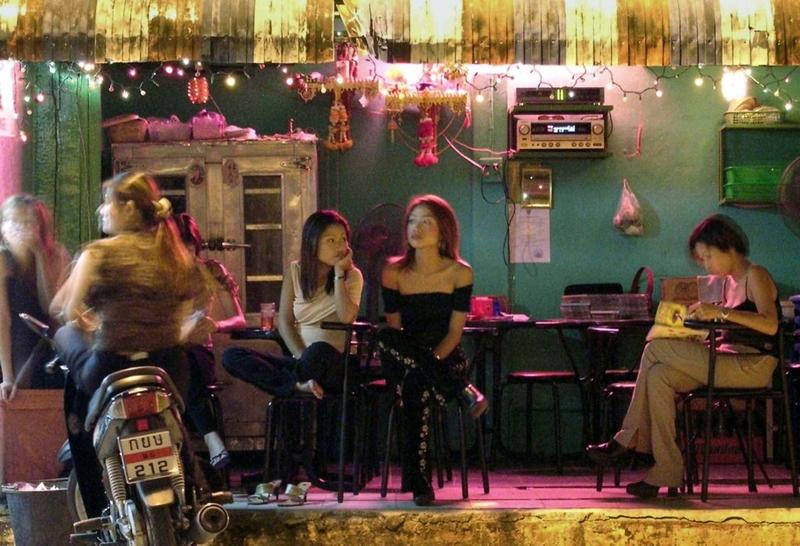 The photo dated May 5, 2004 shows sex workers from Thailand waiting for customers at a bar in the border town of Sungai Kolok at the Thai-Malaysia border. (JIMIN LAI / AFP)

CHIANG MAI, Thailand — A group of women sit around a table making dream catchers with colourful bits of yarn, chatting about their families, work and the thick smog enveloping Chiang Mai city in northern Thailand.

Just another workplace scene, except the women are all sex workers who meet their clients at Can Do Bar, which they own as a collective, benefitting from health insurance, fixed hours and time off - which are typically denied to sex workers.

People say we should stop doing what we do, and sew or bake cookies instead - but why are only those jobs considered appropriate

The bar was set up in 2006 by Empower Foundation, a non-profit founded in Bangkok's Patpong red-light district for sex workers who are still stigmatised despite widespread tolerance of Thailand's thriving sex industry.

Thousands of Thai and migrant sex workers have learned from Empower to negotiate with bar and massage parlour owners for better conditions, and to lobby the government to decriminalise their work to improve their incomes, safety and wellbeing.

"People say we should stop doing what we do, and sew or bake cookies instead - but why are only those jobs considered appropriate?" said Mai Chanta, a 30-something native of Chiang Mai, who has been a sex worker for about eight years.

"This is what we choose to do, and we feel a sense of pride and satisfaction that we are just like other workers," said Mai, dressed in a calf-length skirt and a t-shirt that reads "United Sex Workers Nations".

Millions of women across the world choose sex work to make an income. Yet only a few countries - including Australia, New Zealand, Germany, the Netherlands, Senegal and Peru - recognise it as legal, leaving prostitutes elsewhere vulnerable to abuse.

In Thailand - where stigma against sex work is deep-rooted as across much of Asia - prostitution is illegal and punishable by a fine of 1,000 baht (US$32) and customers who pay for sex with underage workers can be jailed for up to six years.

There are 123,530 sex workers in Thailand, according to a 2014 UNAIDS report. Advocacy groups put the figure at more than twice that number, including tens of thousands of migrants from neighbouring Myanmar, Laos, Cambodia and Vietnam.

Thailand's modern sex industry is believed to have been established with the setting up of Japanese military bases during World War II. It expanded quickly during the Vietnam War, when US troops came to Bangkok for their recreation breaks.

Over the years, the country has come to be known for sex tourism, with large numbers of male visitors frequenting bars, massage parlours and karaoke lounges that have multiplied as tourist numbers soared.

Over the years, Thailand has come to be known for sex tourism, with large numbers of male visitors frequenting bars, massage parlours and karaoke lounges that have multiplied as tourist numbers soared

Although prostitution has been illegal since 1960, the law is almost invariably ignored as the lucrative business provides pay-offs to untold numbers of officials and policemen.

But sex workers in Thailand have struggled to grow a movement to demand their human, civil and labour rights, in the same way others did, from Canada to Australia, in the 1970s.

Since a military government took charge in 2014, Thailand's ubiquitous brothels have been hit by a spate of police raids as tourism authorities pledged to transform the country into a luxury destination for moneyed tourists.

"Raid and rescue" operations by the police and charities often use laws related to migrant workers and trafficking to fine, detain, prosecute and deport sex workers, said Liz Hilton at Empower Foundation.

"The authorities justify the raids saying there is trafficking, but most sex workers in Thailand are in it because it pays more than many other jobs that are accessible to them," she told the Thomson Reuters Foundation.

"These women have families to support; legalising sex work would mean they can work with dignity, and without judgment or fear," she said.

The majority of sex workers are women, who can earn between two and 10 times the daily minimum wage - which is 325 baht in Bangkok - according to Empower Foundation.

A government official said the raids are meant to check trafficking of migrants and underage prostitution and that authorities have provided sex workers with healthcare and vocational training.

"We have discussed legalising prostitution, but it is not an option, as we do not want to be seen as encouraging it," said Pornsom Paopramot, inspector general at the social development ministry.

"We want to send out the message that sex tourism is not something that we want to be known for. Legalising prostitution will not back that message," she said. 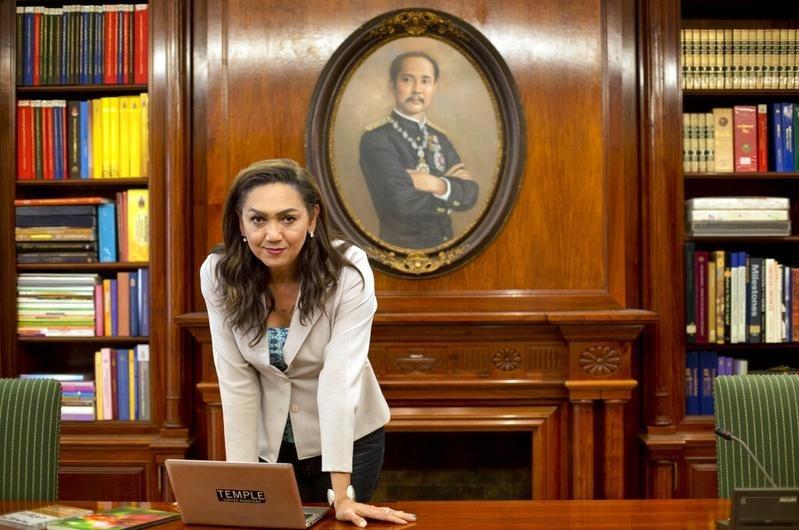 In this Feb 14, 2019, photo, Pauline Ngarmpring poses for a photograph at the Mahachon party head office in Bangkok, Thailand. (GEMUNU AMARASINGHE / AP)

Legalising prostitution could reduce the stigma that sex workers are "deviant and immoral", improve their work conditions and help combat trafficking, said Borislav Gerasimov, an expert with the Global Alliance Against Traffic in Women (GAATW).

Thailand is a source, transit and destination country for trafficking, with an estimated 610,000 people living in conditions of modern slavery, according to the Global Slavery Index 2018 by charity Walk Free Foundation.

The US State Department recognised Thailand's "significant efforts" to eliminate trafficking with a new task force, and more prosecutions and convictions, by upgrading it to Tier 2 in its latest Trafficking in Persons report.

But while human trafficking is prevalent in industries such as fishing, the government's pursuit of sex workers is keeping it from better protecting them, said Anna Olsen at the International Labour Organization (ILO) in Bangkok.

"Trafficking for the purpose of sexual exploitation is a serious issue, but it is distinct from sex work," she said.

"The conflation of the two fails to recognise that working in the sex industry is a practical decision for many."

The women at Can Do Bar are hopeful, said Ping Pong, a founder member of Empower Foundation.

"When we started, we were told, 'You are sex workers - you can't get social security, you can't get time off.' But we did," she said.

"We are not going to sit around waiting for someone else to do things for us. There is a new government now, and we are ready to knock on the new labour minister's door," she said.