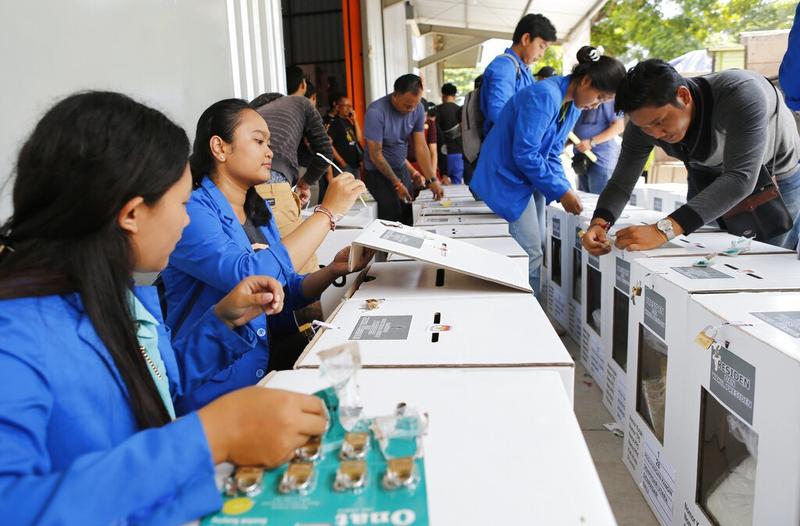 JAKARTA, Indonesia — Tens of thousands of Indonesians have flocked to presidential campaign rallies ahead of a final debate between the two candidates.

Polls show Widodo with a big lead, but some analysts say the race is tighter than it appears

Supporters of President Joko Widodo filled a stadium in central Jakarta on Saturday, while the campaign of his challenger, Prabowo Subianto, held a rally in a satellite city.

Widodo and Subianto appear in the final of five televised debates between the presidential and vice presidential candidates on Saturday evening.

About 193 million Indonesians are eligible to vote Wednesday in presidential and legislative elections.

Polls show Widodo with a big lead, but some analysts say the race is tighter than it appears.

Subianto supporter Akhirudin Konsi said he wants a "president who will fight for our rights and stand behind people, who will lower prices, especially education, fuel and basic needs."