China: Military means not an option for DPRK issue 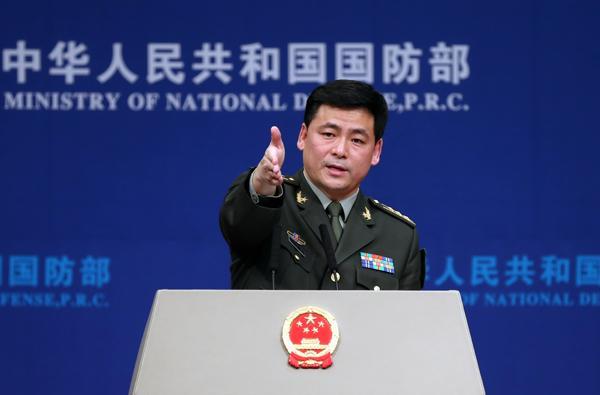 BEIJING - China on Thursday called on all parties involved in the Korean Peninsula nuclear issue to refrain from provoking each other and raising tension.

China expects peace and stability on the Peninsula, and that the nuclear issue be resolved through dialogue and consultation, Ren said.

"Military means must not become an option in the Peninsula issue," Ren said.

Ren also answered questions concerning the previous visit of Joseph Dunford, Chairman of the US Joint Chiefs of Staff.

The aim of the visit was to implement the consensus reached by the presidents of both countries, promoting sustained, healthy and stable development of bilateral military ties, Ren said.

Hua made the remarks when asked to comment on plans of the United States, Japan and Britain to push for new UN sanctions against the DPRK, which would target the country's oil supply and laborers working abroad.

Hua reiterated that sanctions against the DPRK must be within the framework of the UN Security Council and that China was opposed to any long-arm jurisdiction in accordance with one country's domestic law.

"Past experiences have proved that pressure and sanctions alone do not help to fundamentally solve the problem," she said.

Whether the UN Security Council's previous resolutions or the president's statement yesterday, adhering to diplomatic and political means in the settlement of the Korean Peninsula issue conforms to the interests of all parties, she said.

China has proposed a dual-track approach of advancing denuclearization and establishing a peace mechanism in parallel, which meets both the ultimate goal of denuclearizing the peninsula and the security need from Pyongyang.

China also put forward the initiative of suspension-for-suspension, which calls on the DPRK to suspend its nuclear and missile activities in exchange for the suspension of large-scale U.S.-ROK military exercises.

Hua said the initiative of suspension-for-suspension aimed at seeking breakthrough in the resumption of dialogue and negotiations, while the objective of the dual-track approach was to achieve the long-term stability of the Korean Peninsula.