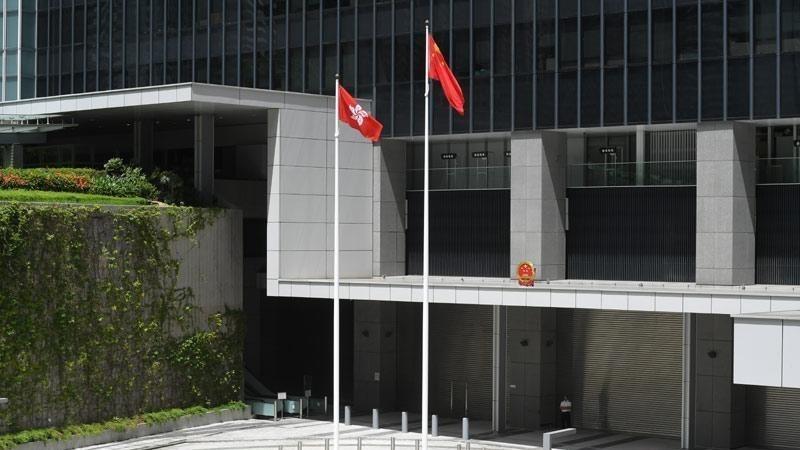 "Some politicians in Hong Kong openly supported the United States' 'Hong Kong Human Rights and Democracy Act', and suggested similar legislation in other countries or regions with the intent to demand foreign intervention in Hong Kong affairs," the government said in a statement released Friday night.

“This only conveys the wrong message to violent protesters and misleads them into thinking they have gained the support from other countries or regions. These politicians must bear the responsibility for society descending into chaos.”

From June this year until now, there have been over 900 demonstrations, processions and public meetings held in Hong Kong.

"Some political figures freely took part in these assemblies and processions and conducted media interviews without any restrictions. Ironically, they are also the ones who incessantly criticize the HKSAR government for suppressing freedom," reads the statement.

“The entire society should say no to violence and persuade protesters to express their views in a peaceful manner, to prevent peaceful protests from mutating to violent confrontations, and to stop depriving people with different opinions the freedom to live a normal life, to voice their discontent against violence and to take photos of rioters' destructive acts," it said.

If such comments tarnish the international reputation of Hong Kong, they would also take a toll on investor confidence, exert more pressure on Hong Kong's economy, and ultimately make society and the general public suffer, the government cautioned.

The government urged the political figures concerned to "stop all acts showing contempt towards 'one country, two systems' which disregard the interests of the country and Hong Kong."