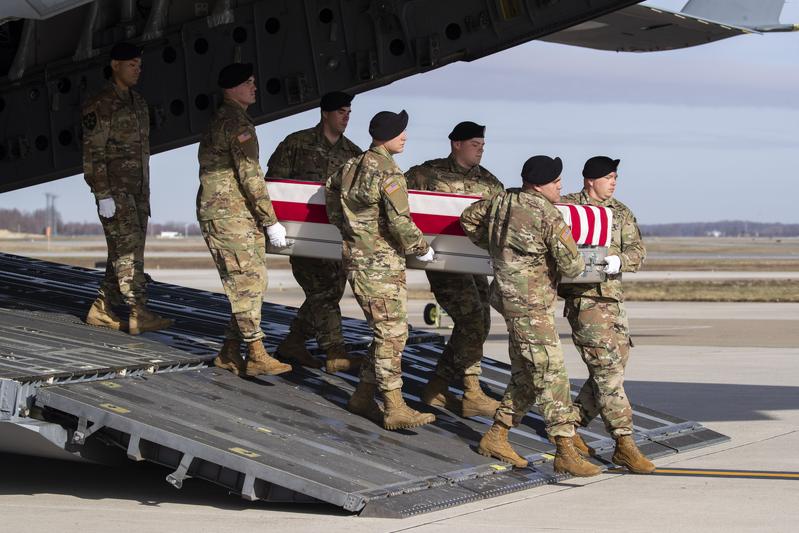 KABUL — The Taliban's ruling council agreed Sunday to a temporary cease-fire in Afghanistan, providing a window in which a peace agreement with the United States can be signed, officials from the insurgent group said. They didn't say when it would begin.

A cease-fire had been demanded by Washington before any peace agreement could be signed. A peace deal would allow the US to bring home its troops from Afghanistan and end its 18-year military engagement there, America's longest.

The White House said it would have no comment.

The US wants any deal to include a promise from the Taliban that Afghanistan would not be used as a base by terrorist groups. The US currently has an estimated 12,000 troops in Afghanistan.

Four members of the Taliban negotiating team met for a week with the ruling council before they agreed on the brief cease-fire. The negotiating team returned Sunday to Qatar where the Taliban maintain their political office and where US special peace envoy Zalmay Khalilzad has been holding peace talks with the religious militia since September, 2018.

Talks were suspended in September when both sides seemed on the verge of signing a peace pact. However, a surge in violence in the capital Kabul killed a US soldier, prompting President Donald Trump to declare the deal “dead.” Talks resumed after Trump made a surprise visit to Afghanistan at the end of November announcing the Taliban were ready to talk and agree to a reduction in violence.

Khalilzad returned to Doha at the beginning of December. It was then that he proposed a temporary halt to hostilities to pave the way to an agreement being signed, according to Taliban officials.

Taliban officials familiar with the negotiations spoke on condition of anonymity because they were not authorized to speak to media outlets.

A key pillar of the agreement, which the US and Taliban have been hammering out for more than a year, is direct negotiations between Afghans on both sides of the conflict.

Those intra-Afghan talks were expected to be held within two weeks of the signing of a US-Taliban peace deal. They will decide what a post-war Afghanistan will look like.

The first item on the agenda is expected to address how to implement a cease-fire between the Taliban and Afghanistan's National Security Forces. The negotiations, however, were expected to be prickly and will cover a variety of thorny issues, including rights of women, free speech, and changes to the country's constitution.

The intra-Afghan talks would also lay out the fate of tens of thousands of Taliban fighters and the heavily armed militias belonging to Afghanistan's warlords. Those warlords have amassed wealth and power since the Taliban were ousted from power in 2001 by the US-led coalition. They were removed after Osama bin Laden's al-Qaida carried out the 9/11 terrorist attacks on the United States. The Taliban had harbored bin Laden, although there was no indication they were aware of al-Qaida's plans to attack the United States.

Even as the Taliban were talking about ceasing hostilities, insurgents carried out an attack in northern Afghanistan on Sunday that killed at least 17 local militiamen.

The attack apparently targeted a local militia commander who escaped unharmed, said Jawad Hajri, a spokesman for the governor of Takhar province, where the attack took place late Saturday.

Local Afghan militias commonly operate in remote areas, and are under the command of either the defense or interior ministries.

Last week, a US soldier was killed in combat in the northern Kunduz province. The Taliban claimed they were behind a fatal roadside bombing that targeted American and Afghan forces in Kunduz. The US military said the soldier was not killed in an IED attack but died seizing a Taliban weapon's cache.

The US military in its daily report of military activity said airstrikes overnight Sunday killed 13 Taliban in attacks throughout the country.

The Taliban frequently target Afghan and US forces, as well as government officials. But scores of Afghan civilians are also killed in the cross-fire or by roadside bombs planted by militants. The United Nations has called on all sides in the conflict to reduce civilian casualties. The world body said increased US airstrikes and ground operations by Afghan National Security Forces, as well as relentless Taliban attacks, have contributed to an increase in civilian casualties.